An Alternative to Boston Calling Is Brewing in Dorchester: “Boston Answering”

It's a local response to the festival, led by a Boston hip hop artist. 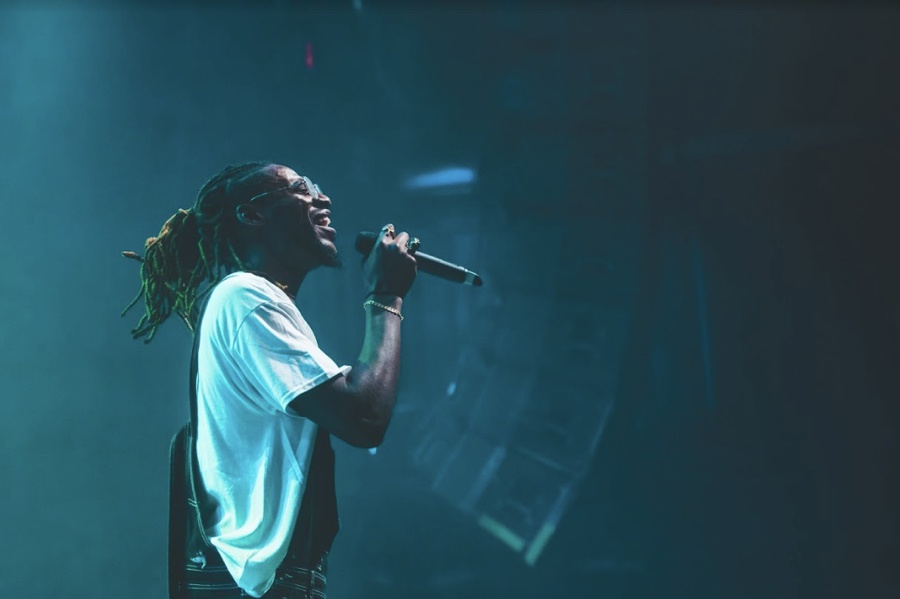 Last year, when Boston hip hop artists Cousin Stizz and STL GLD were on the lineup, Dorchester’s Cliff Notez was thrilled to show up and support his friends at Boston Calling. It felt good, he says, to see two stars of the city’s hip hop scene on stage at the three-day event, which draws tens of thousands to the Harvard Athletic Complex each year and is now considered one of the top music festivals in the country.

But when the list of acts booked for the 2019 edition of the festival was announced in January, it felt like a let-down, he says. There were no Boston hip hop acts to be found.

.@BMAs_Boston : Hip Hop is important here and leading the pack musically. This is important for the city to grow.

So earlier this year, Cliff Notez and his arts group Hipstory hatched a plan: a competing concert, packed with local talent, to be held in Dorchester at the same time as Boston Calling.

The show will be held at the Strand Theatre on Saturday, May 25, and will showcase five Boston musicians, with Cliff Notez as the headliner. More than 300 people have said on Facebook they are interested in attending, and Boston breweries Lord Hobo and Aeronaut have signed on as sponsors.

At a time when Boston hip hop is ascendant, Cliff Notez says he hopes it sends a message. “It’s important for artists in the city to realize that we can create our own stages, and we have the opportunity to no longer be marginalized, because we can create our own platforms for ourselves,” he says in an interview. “We can have our own show the same weekend [as Boston Calling] and have it still be packed.”

For the record, the festival’s organizers do appear to have made booking Boston-area talent part of their mission. The roster this year includes Northeastern student and buzzy musician Sidney Gish, as well as the beloved Massachusetts alt-rock band Guster. But there’s no denying that Boston hip hop is ascendant. That much was clear at the 2018 Boston Music Awards, which named Cliff Notez the New Artist of the Year, and gave each of the awards for Best Unsigned Artist, Best Music Video, and Song of the Year to hip hop acts. So it didn’t make sense to him not to see that reflected at Boston Calling, the city’s biggest musical event of the year. “My thought was like, yeah, Boston is finally taking notice that hip hop is important in this city,” Cliff Notez says. “And then a week or two later Boston Calling’s announcement comes and I’m like, ‘I wonder who is gonna be [picked to perform at the festival]?'” Cliff Notez says. “It was nobody.”

I asked Boston Calling’s longtime talent buyer Trevor Solomon about this. He says he wasn’t aware of the event before I brought it up to him. He also insists the lack of locally sourced hip hop wasn’t intentional. “Unfortunately this year it’s one of those things where we talked about it and it just didn’t work out in the programming, but it’s not like we don’t want to do it. In the future we’ll do it more,” he says. “I think there’s a great local hip hop scene here and we want to support it as much as possible, but every year it’s just different the way the booking works out. We only have so many acts we can book.”

Despite the clearly confrontational name of the event, Cliff Notez says he doesn’t want “Boston Answering” just to be about his qualms with the festival. With support from City Hall and the Boston Foundation, his group Hipstory has been pushing for several years to drum up support for struggling Boston musicians, and has recently hosted events at the Museum of Fine Arts, at Hubweek, and curated a concert series at Atwood’s Tavern in Cambridge.

“Boston Calling is, like, a small microcosm of a bigger problem in the city, which continues to overlook local acts,” he says. “I just want to make sure people aren’t forgetting us, especially when we’re continuing to work our asses off.”