The sole graduating student at Cuttyhunk Elementary got a very special guest. 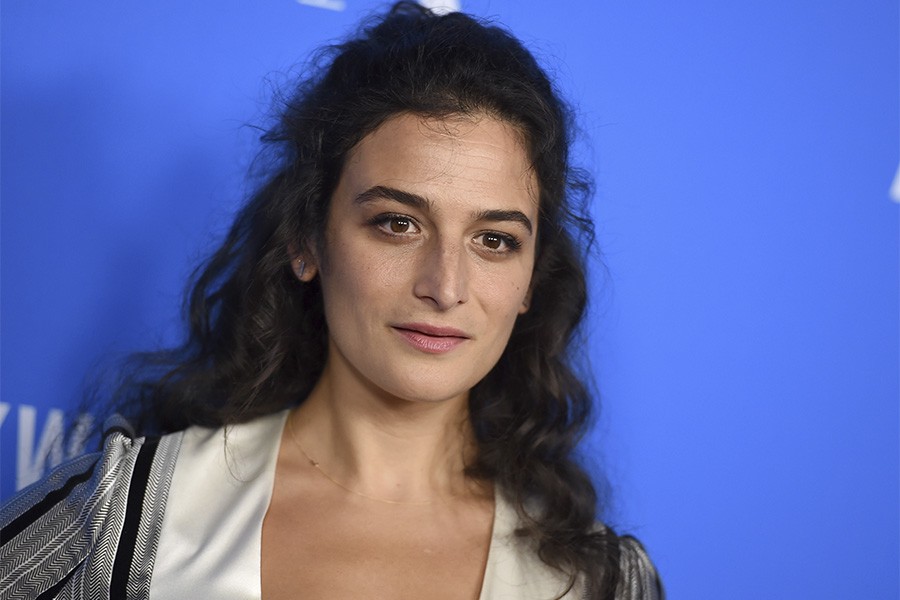 Each May, Massachusetts becomes a little more star-studded as A-list politicians, actors, and authors don caps and gowns, head to the local universities, and deliver commencement speeches.

It’s not every day, though, that an eighth grade graduation gets the celebrity speaker treatment—but this Monday, the graduating class of Cuttyhunk Elementary got exactly that. Actress and Mass. native Jenny Slate not only delivered a commencement speech at the school this weekend, but also took the time to stroll around the 1-mile-long island with the class and take a photo with each graduate.

Why all the pomp and circumstance for an elementary school graduation? Well, the class of 2019 was pretty special—it consisted of only one student.

Yes, for the past year, eighth grader Gwen Lynch has attended class in a one-room schoolhouse with just her teacher, Michelle Carvalho, for company. Her father Duane graduated from the school 35 years ago, and her brother Carter was at the school with her last year, before moving on to a boarding school in Rhode Island.

Lynch was the last student left at Cuttyhunk, making her graduation a historic one for the island. Now that she has graduated, the Cape Cod Times reports, the 146-year-old school will potentially become a STEAM Academy, offering science, technology, engineering, art, and math programming to off-island students.

Our last graduation coverage of the year was done in style Congrats to Gwen Lynch, the sole graduate of Cuttyhunk Elementary. She will be attending Tilton School in N.H. to complete her education. Actress, comedian, and author @jennyslate gave the keynote address. Full story and more pics online at mvtimes.com (: @gmanninophoto)

Lynch sent letters to Michelle Obama and Oprah Winfrey to ask if they would speak at her graduation (Winfrey has made a Massachusetts commencement appearance before, at Smith College in 2017). However, Michael Astrue, a former Social Security administrator who lives at Cuttyhunk a third of the year, was able to clinch a speaker through a personal connection—Jenny Slate’s father. Slate, who has spent time on the island thanks to her boyfriend Ben Shattuck, who is director of the Cuttyhunk Island Writer’s Residency, accepted the role and took it upon herself to reach out to Lynch personally before the ceremony.

“To give a full graduation speech to one girl, one young woman, it’s an honor and something I take really seriously,” Slate told the New York Times.

So very proud of my love @benshattuck_art for putting together a truly moving and exciting week @cuttyhunk_writers residency here on cuttyhunk island. Last night we listened to Hernan Diaz read from Moby Dick, we watched the sun set, and then we truly kicked ass at pool. And yes I’m holding a handle of rum. Fantasy achieved/complete ❤️

Slate and Lynch met in-person earlier this month, and took a walk together around the island. Slate’s speech at the ceremony was thus highly personalized, and she often chose to speak to Lynch directly.

“I started to realize that you, who go to school by yourself on an island that is basically empty half the year, are still way cooler and more popular than I was as a teenager, who lived in a town and went to a school with lots of other people,” Slate said in her speech, according to WBUR.

Slate even cited some of her conversation with Lynch in her address.

“You told me that you were good at sailing and that you don’t much like being told what to do on the boat because you know what to do.” she said. “I told myself that I wish that I spoke so clearly about my own strengths.”

What’s up next for Lynch? The aspiring engineer is headed off-island, to a New Hampshire boarding school. Yes, now you probably want to make the joke about how Lynch is going to have to learn to socialize or use technology or something, but Slate, the professional comedian at work, already went there.

“I told you sheepishly that I somehow thought that you would be out here churning butter,” Slate said to Lynch, per the Martha’s Vineyard Times. “You said that people assume that you must be playing with sticks in the mud out here on the island, but you said ‘no.’ You watch Netflix, have an iPhone, you have friends, and you guys go to the mall.”

“Your no frills confidence is pure and powerful,” Slate said at the conclusion of the address. “It is my deep honor to congratulate you on work well done, on being a woman of warm heart and sterling character.”