The Trustees Are Floating a Huge Mirrored Hot Air Balloon Across Mass.

It gets even cooler after sunset. 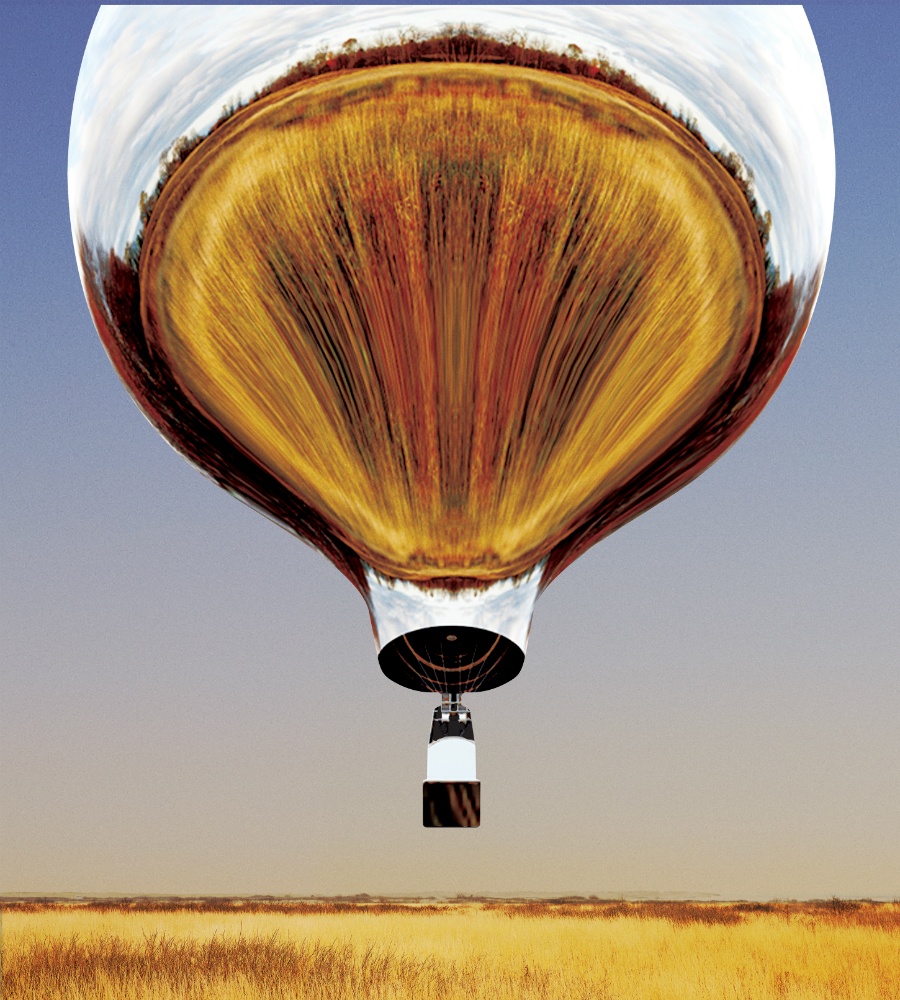 Photo provided by The Trustees

When you’re splashing around at the Long Point Wildlife Refuge, soaking in the art at the DeCordova Sculpture Park, or picnicking on Castle Hill this summer, look up: You might catch a glimpse of a disco-ball-like dirigible.

From July 12-28, a giant reflective balloon sculpture will drift across Massachusetts as part of New Horizon, a “nomadic art installation” presented by artist Doug Aitken and the Trustees. The balloon will make the rounds of several different Trustees properties in Martha’s Vineyard, Greater Boston, and the Berkshires, with some surprise stops thrown in along the way.

While a 100-foot tall balloon reflecting New England nature would be a striking sight on its own, the hot air balloon’s flight is only one part of New Horizon. The rest of the action takes place when the balloon reaches the ground. At each touchdown site, the Trustees will host a “happening,” where attendees can listen to guest speakers, imbibe brews from Notch Brewing’s Traveling Biergarten, and even climb into the balloon’s gondola and take a tethered balloon ride themselves.

Once evening falls, the balloon will turn into a dynamic light sculpture, lit by 3552 LED nodes, that will respond to live musical performances. The eclectic lineup of performers, including folk singer Julie Byrne, singer/musician Jónsi, and Canadian rock band Destroyer, among others, will shift from happening to happening. The theme of each event will also differ, from “Future of Creativity” to “Future of Information.”

What, you may ask, do conversations, musical performances, and a giant mylar balloon have to do with each other? According to Aitken, the inspiration for the project was the American mythology of the road trip, a continuous, flowing journey along which individuals meet and art is exchanged (think The Wizard of Oz, Fear and Loathing in Las Vegas, Rain Man, Thelma and Louise…). In New Horizon, Aitken has created a 21st century version of this trope, one that swaps the wind for the Yellow Brick Road and a giant shiny balloon for the Ford Thunderbird.

Aitken is known for working in numerous mediums, from film to architecture. His work challenges viewers to interpret the world from a different perspective.

“New Horizon is an unpredictable project,” Aitken says. “I love the idea that a farmer in the field could look up and see this mirrored sculpture float by or that someone hiking in the forest wanders into a clearing and discovers a live musical performance or conversation. I want to create a project where every moment is singular and unexpected.”