You too can win a fortune counting cards. Probably. 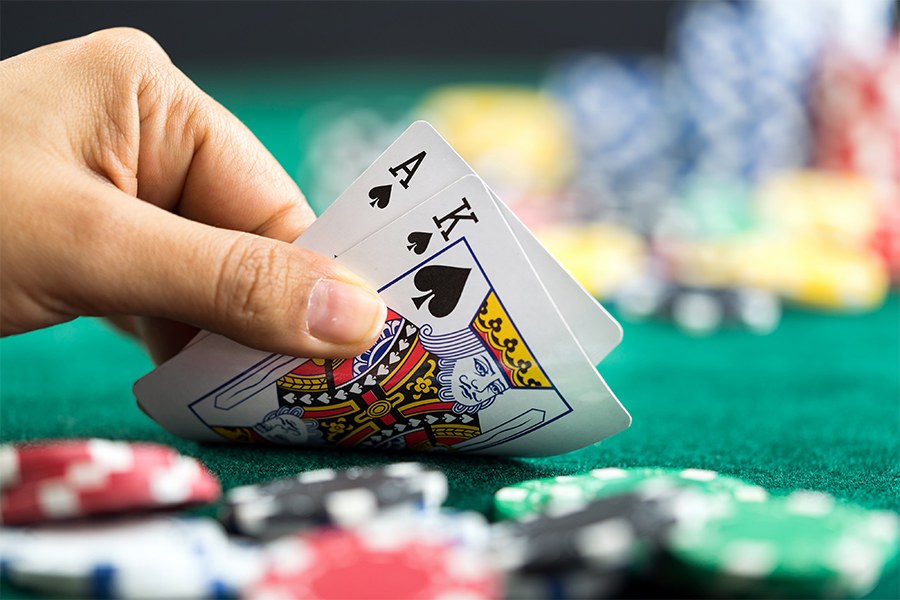 For most people, gambling is a fast way to lose money while slurping down free (well, sort of free) drinks. But for a few years in the 1980s, Bill Kaplan and a few associates figured out a way to clean house and rake in cash, and thus, the legend of the MIT Blackjack Team was born. Helmed by Kaplan (who didn’t actually go to MIT), the MIT team used card counting and a strict system to carve out an advantage against the dealer that they ruthlessly exploited. With the Encore Boston Harbor Casino throwing open its doors, I wondered: Do you have to be an MIT-level genius to pull off a scheme like this, or can any schlub with a will to learn and dollar signs in his eyes make do? Kaplan was kind enough to hop on the phone and break down just what it takes to beat the house.

(The interview has been lightly edited for length and clarity.)

You founded the MIT Blackjack Team, which became famous for beating casinos and winning huge amounts of money. How did that all start?

When I first got out of college—I went to Harvard—I was supposed to go right into Harvard Business School. Instead, I deferred for a year, moved out to Vegas, and started a blackjack team. The thing about blackjack is that you can actually win at this game. So, I ran a team for a year, and kept running it while I was in business school. Eventually though, everyone was burned out, all the casinos knew our faces. And at some point, I was sitting in a Chinese restaurant in Cambridge talking about all this and some MIT kids came over said, “Are you talking about blackjack? We’ve been playing for a few months, trying to make money.”

Okay, but how did you get into blackjack at all?

I read this book by Edward O. Thorp called Beat the Dealer. He said if you crunched all the numbers, the game actually could be beaten, if you kept to a certain system. My background was in stats, applied math, and computer science, and I was curious: How can you win at a game that casinos win billions of dollars at?

So how do you do it?

Counting cards lets you see whether the player or the casino has the odds, and then you use a betting strategy, how much you can bet on each hand. Card counting tells you how to optimally play each hand, based on what cards are remaining in the shoe and your expected advantage. Then, there’s a whole money management piece of it.

Was there something that set the MIT team apart?

Most teams fail on the money management. They never make it to the long run.

Let’s say we’re flipping a quarter with a 51 percent chance of landing on one side. If you’re betting a dollar on each flip, but you only have five dollars to your name, you’re going to get wiped out. So, there’s a whole piece of how much you should be betting so you can not get wiped out. If I play 10,000 hands, it’ll show me the advantage.

Is this something that you need to be an MIT genius to figure out, or do you think me and the BoMag staff can put together a team?

Honestly, just about anyone with a high school education can learn the game. It just happened to be, everyone on the team was from Harvard, MIT, Princeton, University of Chicago. You could teach someone—there eventually were a couple of people who played on the team who just had a high school education. It’s not that difficult. Doing all the strategy and money managing can be pretty tough, but as a player, it’s just some memorization.

What if I tried to give it a go on my own?

It’s hard to do, as an individual. One of the reasons you play as a team, you can pool all your capital, but you’re able to get to the long run sooner. As a player, your advantage is about one percent. If you’ve got 30 people playing and putting in eight hours, playing in accordance with the guidelines, you get to the long run that much faster.

Did you ever get kicked out of a casino?

At every casino, eventually you get kicked out. By the time we were playing, most were public companies. If you saw [casino staff] coming, they’d say, “Go play somewhere else, you can’t play blackjack here anymore.” There were some people, not on our team, who got roughed up. Casinos did a bunch of things that were illegal back then. They’d steal our money out of safety deposit boxes, for instance, and we’d have to hire lawyers to get it back.

Did you ever try to beat another game?

Blackjack is the only game that you can legitimately beat. If you play basic strategy, you only have a half percent disadvantage. If you count the cards, the advantage switches to the player, even though the odds are switching and moving as the cards are being played out. It’s the only one you can really win.

What made the MIT team so good?

There are tens of thousands of people who tried to win at the game, but MIT was the only team who really won year over year, because we ran it like a business. Training, extensive training, checkout procedures, two hours of perfect play, leaving the table right. It was really run more tightly than most businesses.