Five Places to Celebrate the Fourth of July Outside of Boston 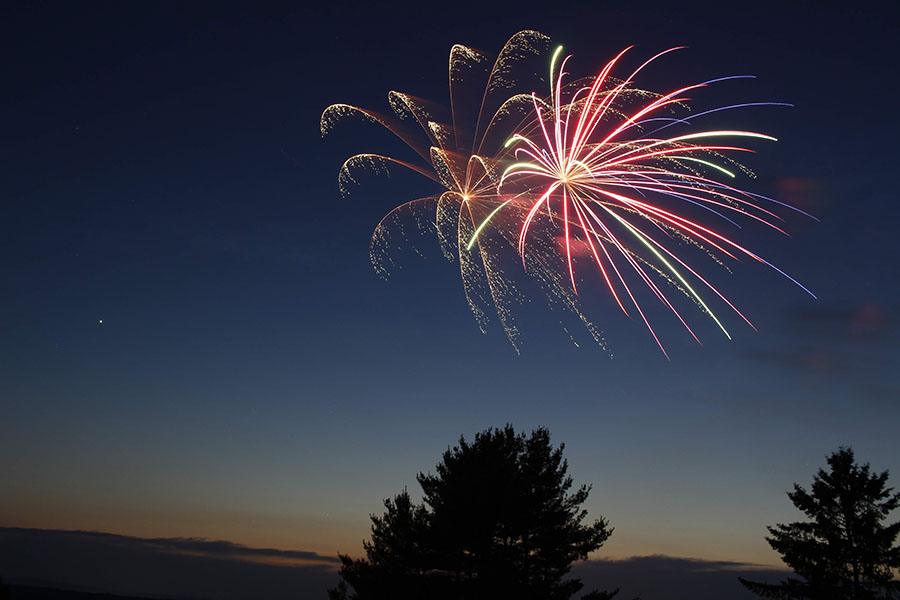 For the Fan of Wholesome Fun
Harvard, MA, about 40 miles west of Boston

Where better to watch fireworks than a Trustees conservation site? Fruitlands Museum sits at the crest of Prospect Hill and is located on 200-plus acres of exquisite meadows and forest. Fireworks and live music fill the air on the third, while the next day celebrates the fourth with a good old-fashioned field day. Don’t miss the antique car parade, greased pole climbing, three-legged racing, and more, all situated near the town center and its old timey General Store.
Wednesday, July 3-Thursday, July 4, harvard4thofjuly.com 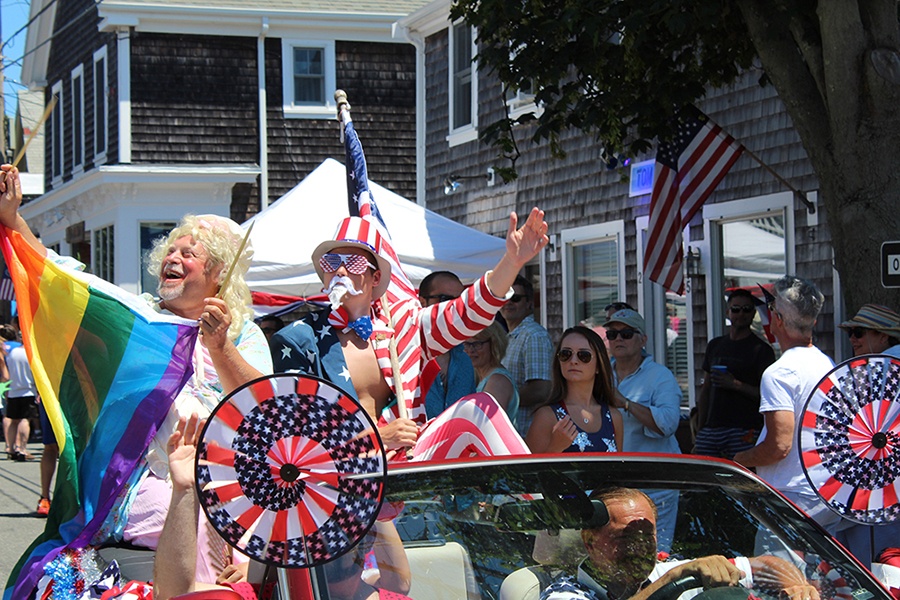 For the Beach Party Animal
Provincetown, about 115 miles east of Boston

Though 100 miles may sound a little far for a day trip, taking the ferry across Cape Cod Bay cuts the trek in half, and you get a pleasant boat ride out of it. Once on the peninsula, prepare to partake in a party-fuelled “Independence Week,” replete with dance parties on the beach, talented DJs coming from as far as Madrid, and of course, fireworks.
Saturday, June 29-Sunday, July 7, ptownevents.com 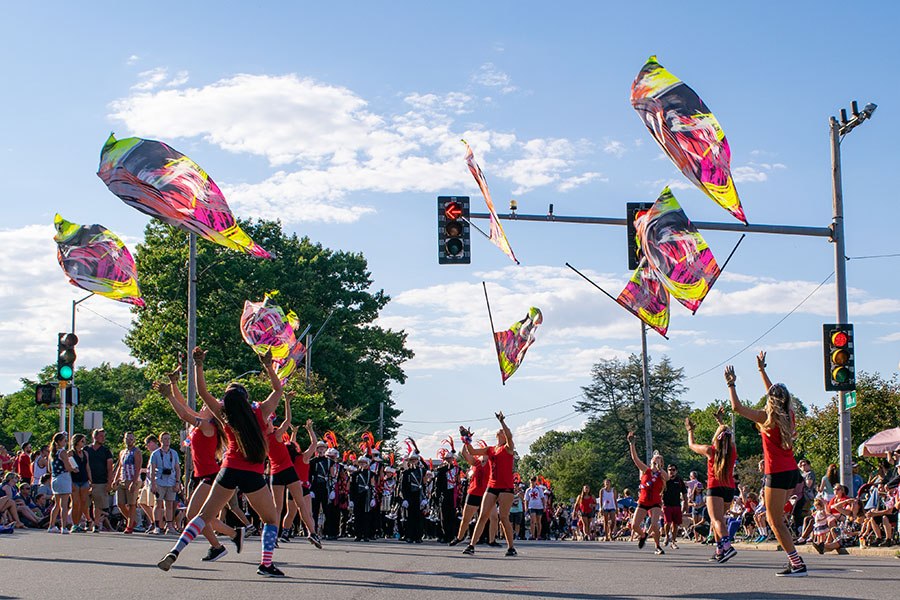 For the Avid Parade-Goer
Wakefield, MA, about 15 miles north of Boston

Wakefield’s parade starts days before the floats even appear, when locals begin lining the roads with chairs to save their space along the route. Over 60,000 spectators gather on the fourth to cheer on the state’s largest Fourth of July parade. For the 74th edition, the parade theme is Hollywood, so expect to see all of your favorite characters from the likes of Marvel, Harry Potter, and Pixar. Plus, plenty of floats, a pet show, fishing derby, local and international live music, and fireworks to end the night with a bang.
Thursday, July 4, julyparade.org 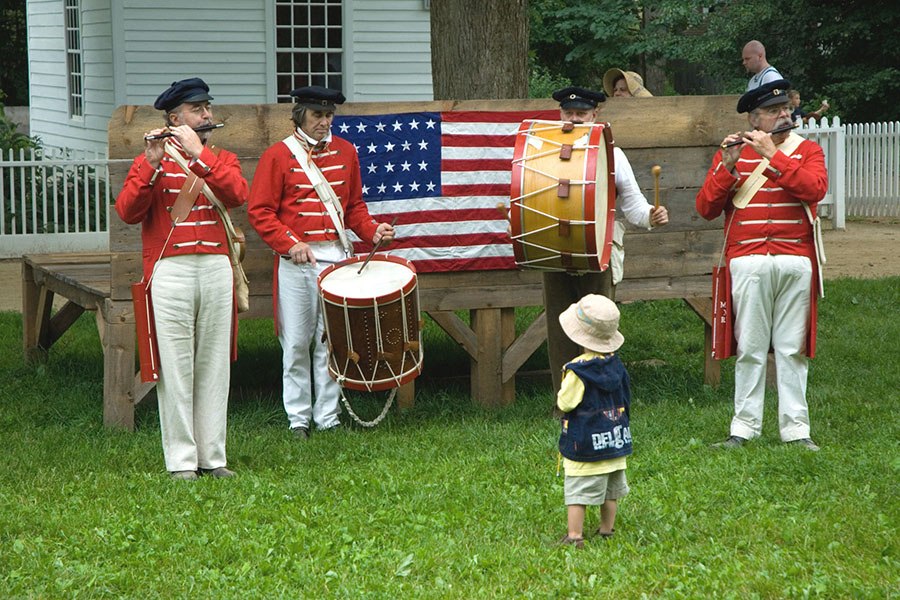 Photo by Massachusetts Office of Travel & Tourism on Flickr/Creative Commons

For the American History Aficionado
Sturbridge MA, about 60 miles west of Boston

Hosted at Old Sturbridge Village, you’ll have to buy a ticket to attend this one ($28 for adults). But with the price of admission comes access to all of the outdoor museum, and the fixings of an 1800s Independence Day shindig. Steel yourself for cannon and musket demonstrations, try your hand at the 19th century version of baseball, and sign a giant copy of the Declaration of Independence. Then, gather on the green to witness a U.S. citizen naturalization ceremony.
Wednesday, July 3-Thursday, July 4, osv.org 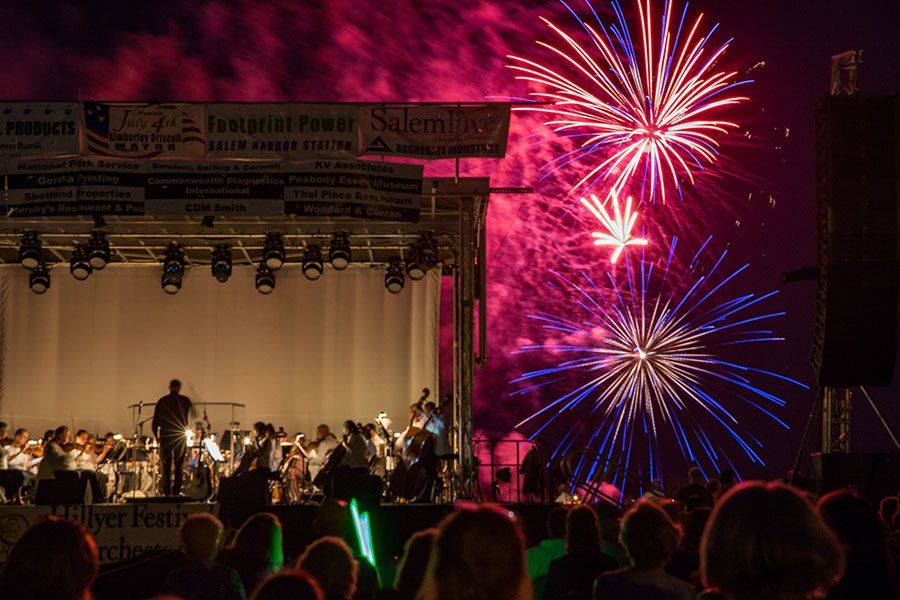 For the Live Music Lover
Salem, MA, about 20 miles north of Boston

Hosted at Derby Wharf, a National Historic Site, this seaside hoopla kicks off at 9 a.m. with a reading of the Declaration of Independence, and comes to a close with a “fireworks spectacular” accompanied by a 40-piece orchestra. In between, keep the nostalgic fun going with face painting, games, crafts, fried dough, kettle corn, and a capella melodies by the local group “Witch Pitch.”
Thursday, July 4, salem.com

Note: As some celebrations have costs associated with them, check individual websites for pricing information.