See a Cabaret Retelling of the Medusa Myth inside the Planetarium

The multimedia immersive theater experience finds a new spin on a Greek myth. 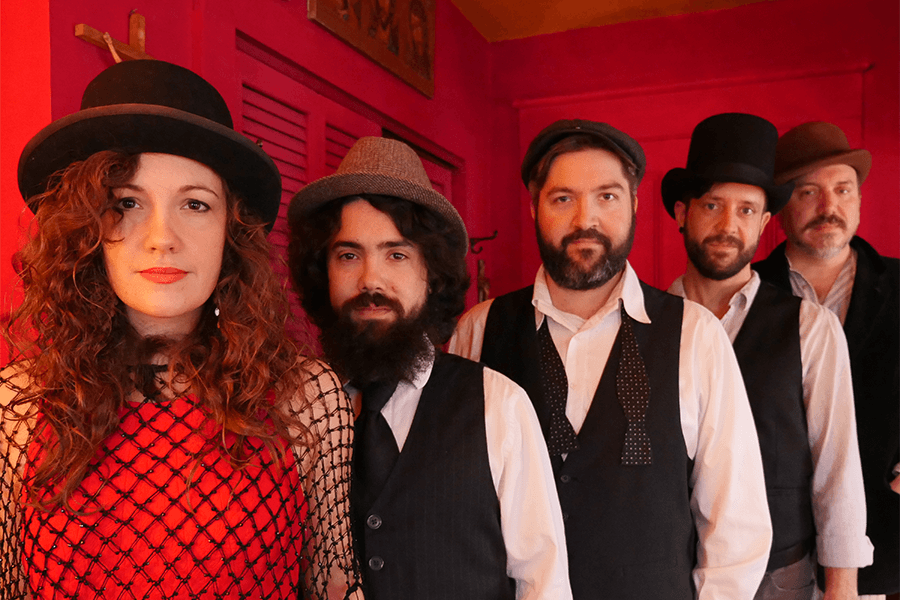 Photo of What Time Is It, Mr. Fox provided

Medusa may be one of the more famous characters in Greek mythology. Most people can call to mind what the name means: a woman with snakes for hair, who’s so ugly she turns men to stone when they face her.

But the further you explore the myth, the more upsetting it gets. Once a beautiful woman, the story holds that she became a Gorgon after the god Poseidon raped her in Athena’s temple, thus angering Athena so much that she transforms Medusa. She’s later slain by the hero Perseus, who uses her detached head to rescue his damsel Andromeda. It’s a trail of trauma so extreme it’s hard not to wonder what the Greeks were thinking.

So it’s not terribly surprising that the myth is proving ripe for a retelling in 2019, an era with deeply fraught sexual politics, to say the least. On the final Thursday of each summer month, you can experience Medusa: Reclaiming the Myth, a world premiere show that explores the old myth with new eyes. But it’s not a traditional stage play. The show is an audio play accompanied by live musical performances from the cabaret band What Time Is It, Mr. Fox? And instead of a traditional theater, the venue is the Museum of Science’s Charles Hayden Planetarium, which allows for the show’s animated sequences to play alongside the audio action of the play.

Graphic of Medusa by Ruth Lingford

It perhaps gives new meaning to the term “immersive,” given that the images play in 360 degrees around the audience members. The band’s leader Brian King, who’s also the playwright behind the show, says he’d always been interested in the story of Medusa.

“As a young queer person, I was really attracted to female icons of power, and she was one of them. And I remember years ago having my own body issues and self image issues, and if you’re gonna pray to someone about this stuff, maybe [it’s] not Aphrodite. Maybe Medusa because she’s gone through the ringer around it,” he explains.

And in part, he continued to be drawn to the story because of how terrible it is for Medusa.

“I just kept thinking, there’s got to be something else here, a different way of telling this story, and that was the impetus,” he explains.

King says audiences shouldn’t go in expecting a cartoon “where the characters mouth the words.” Instead, he says it’s more “impressionistic,” with songs that “punctuate what’s going on with the characters.” The show features 15 voice actors, all cast from around New England, who recorded the show in one weekend over the winter.

Medusa herself isn’t the only character who gets a new look in the show. Perseus, usually held up as the main character in the story, gets a reworking as well. “I felt like it was an opportunity to subvert the hero myth. I find his character in the original myth sociopathic,” says King. “If you think about it, here’s this woman living in a cave and she turns men to stone, but she’s not like, coming out and down into the villages and doing it. She’s living by herself and this guy comes in and cuts her head off.”

Graphic of Poseidon by Ruth Lingford

And yes, King is aware of the very modern parallels people are going to draw from his show. “The story is so current. Without hitting it right on the nose and saying oh, this is about MeToo and this is about Trump and this is about the last election, it’s all in there, and that’s what makes it really relevant,” he says. “This ideology of conquest and someone has to be on top and everyone else has to be underneath.”

But as interested as he is in reframing a story of conquest, King hopes people leave with a new understanding of Medusa. He says many people in his life were only familiar with the nastier connotations of her, but that some people saw her as empowering, and he hopes more people leave the show seeing her that way.

“It’s really easy to project what we want on the shadow, on the monster, the threat, and then when we get underneath, there’s the real story, which is difference,” he says. Medusa becomes a symbol of the way “we other those that we don’t know,” and the tale ultimately is a saga of how we can transform those perceptions.