The JFK Library, the Boston Landmarks Orchestra, and more are hosting extraterrestrial events. 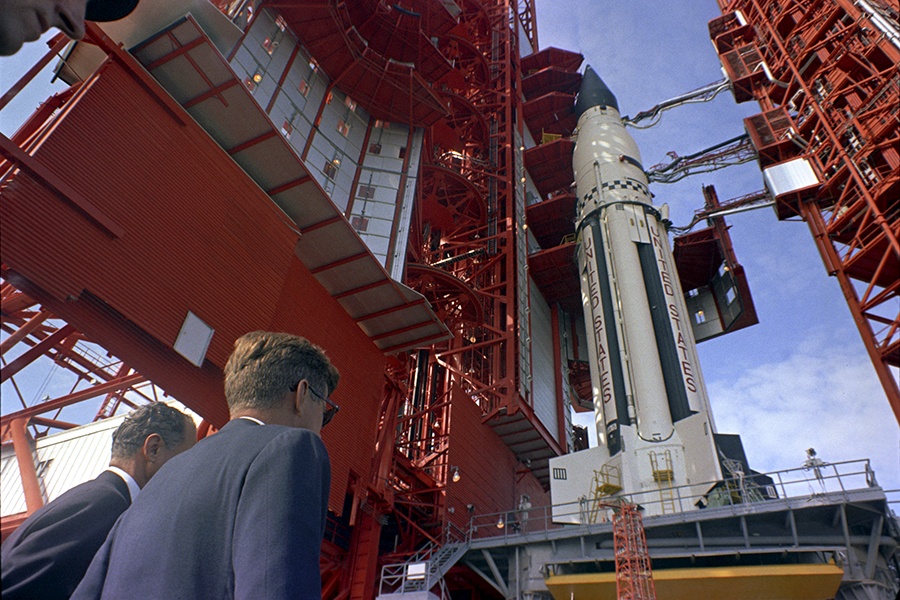 There’s nothing our scholarly city likes more than an excuse to indulge our inner nerds—and this month has an astronomical one. July 20 marks the 50th anniversary of the day Neil Armstrong and Buzz Aldrin stepped out of Apollo 11 and took the first steps on the moon, and the wannabe-astronauts of Boston are maybe even more excited for this anniversary than the 600 million people who watched the moon landing on their TVs were 50 years ago. If you too are over the moon for the moon and looking to celebrate, here are five ways you can party like it’s 1969.

Listen to some moon tunes. 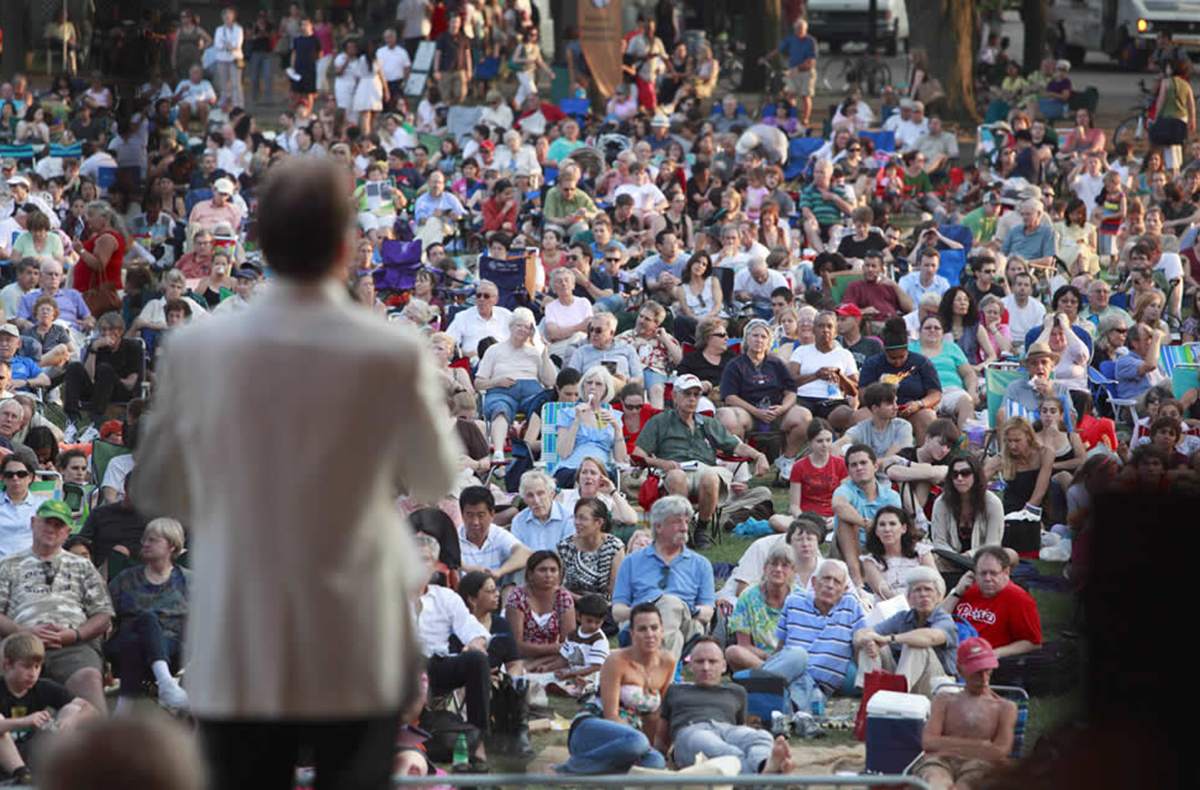 What better place to honor space exploration than under the stars? For one night only, the Boston Landmarks Orchestra and the Hayden Planetarium are teaming up for a free “symphonic space odyssey” at the Hatch Shell. The orchestra’s lineup for the evening is made up of music inspired by the moon and space, including John Williams’ “Close Encounters of the Third Kind” and Strauss’s “Thus Spake Zarathustra,” the well-known fanfare used in 2001: A Space Odyssey. The music will be accompanied by custom video visuals created by the Planetarium.

Draper, the Kendall Square-based lab known for developing aeronautical instruments, has created an exhibit dedicated to the engineers who made the moon landing possible. The exhibit, called “Hack the Moon Live,” is currently open, with photos, interviews, and other artifacts on display. On July 20, however, the exhibit gets a major upgrade during its Apollo Moon Landing 50th Anniversary Celebration. At the exact moment that Neil Armstrong stepped on the moon on July 20, 1969, Hack the Moon’s seven-meter wide model of the moon, “encircled in hi-res NASA imagery of the lunar surface at an approximate scale of 1:500,000,” will illuminate for the first time. “100 Seconds: Engineering the Lunar Landing Experience,” a 4D simulation of landing a spacecraft on the moon, will debut at the exhibit on the same day. 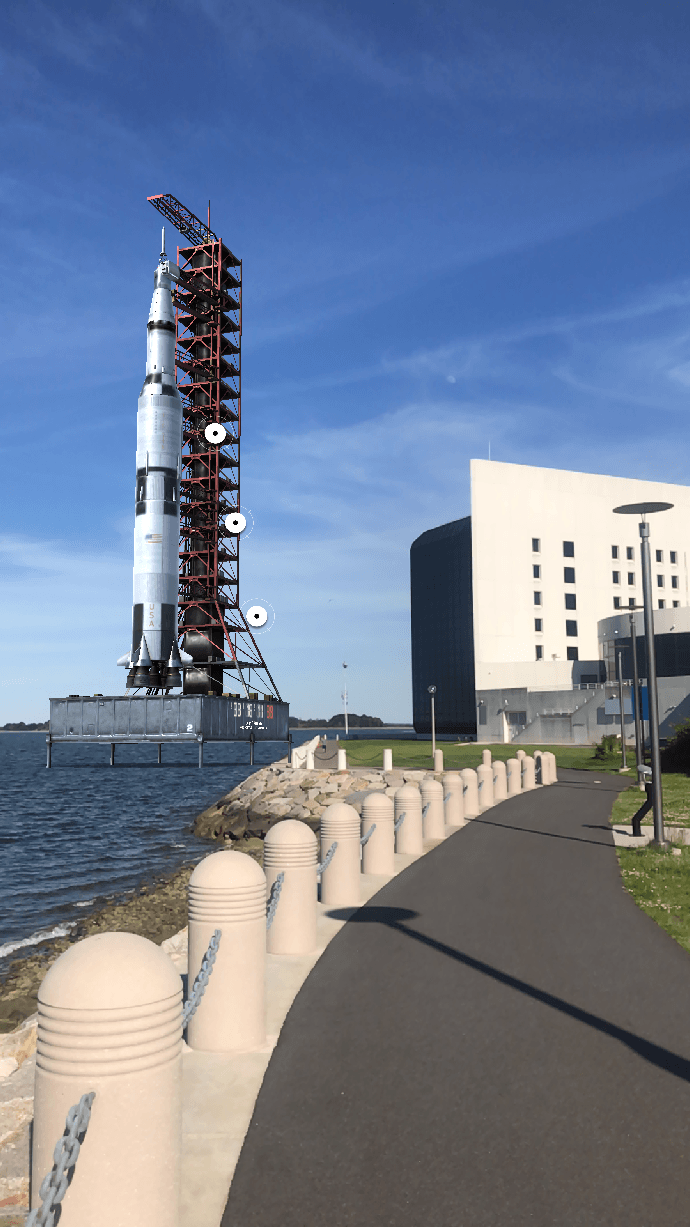 Of course the JFK Library is getting in on the moon landing action—after all, their guy is the one who set the ambitious goal of landing a man on the moon in the first place. To celebrate, the Library has created an augmented reality app called JFK Moonshot, from which users can follow an AR rocket’s launch and five-day journey from Earth to the moon. The excitement begins on July 16, when app users can gather in front of the Library to “witness the fully-synchronized augmented retelling” of the rocket launch at 9:32 a.m., exactly 50 years after Apollo 11 launched. For the next five days, moon enthusiasts can check into the app at any time to view archival footage from NASA, matching the progression of the rocket’s mission in real time. The app also features AR games, “education multimedia experiences,” and more fun facts about JFK and the moon mission than you ever knew you wanted.

Travel back in time.

Harvard’s Houghton Library is celebrating moon exploration all summer long with the “Small Leaps, Giant Steps” exhibit. While Neil Armstrong’s famous small step for a man was certainly a giant leap for mankind, the Library says, it’s important to remember that Armstrong’s steps on the moon were preceded by a whole pathway of scientific discoveries. The exhibit serves as a guidebook to that path, displaying everything from first editions of Copernicus, Newton, and Galileo to artifacts that actually traveled to the moon on Apollo 11. You can wander the exhibit yourself, or hop onto a guided tour—there’s one scheduled for the moon landing anniversary date, and the tour is followed by a screening of The Right Stuff.

Learn about astronaut food, watch a livestream of a blast-off, and take a peek at Saturn. 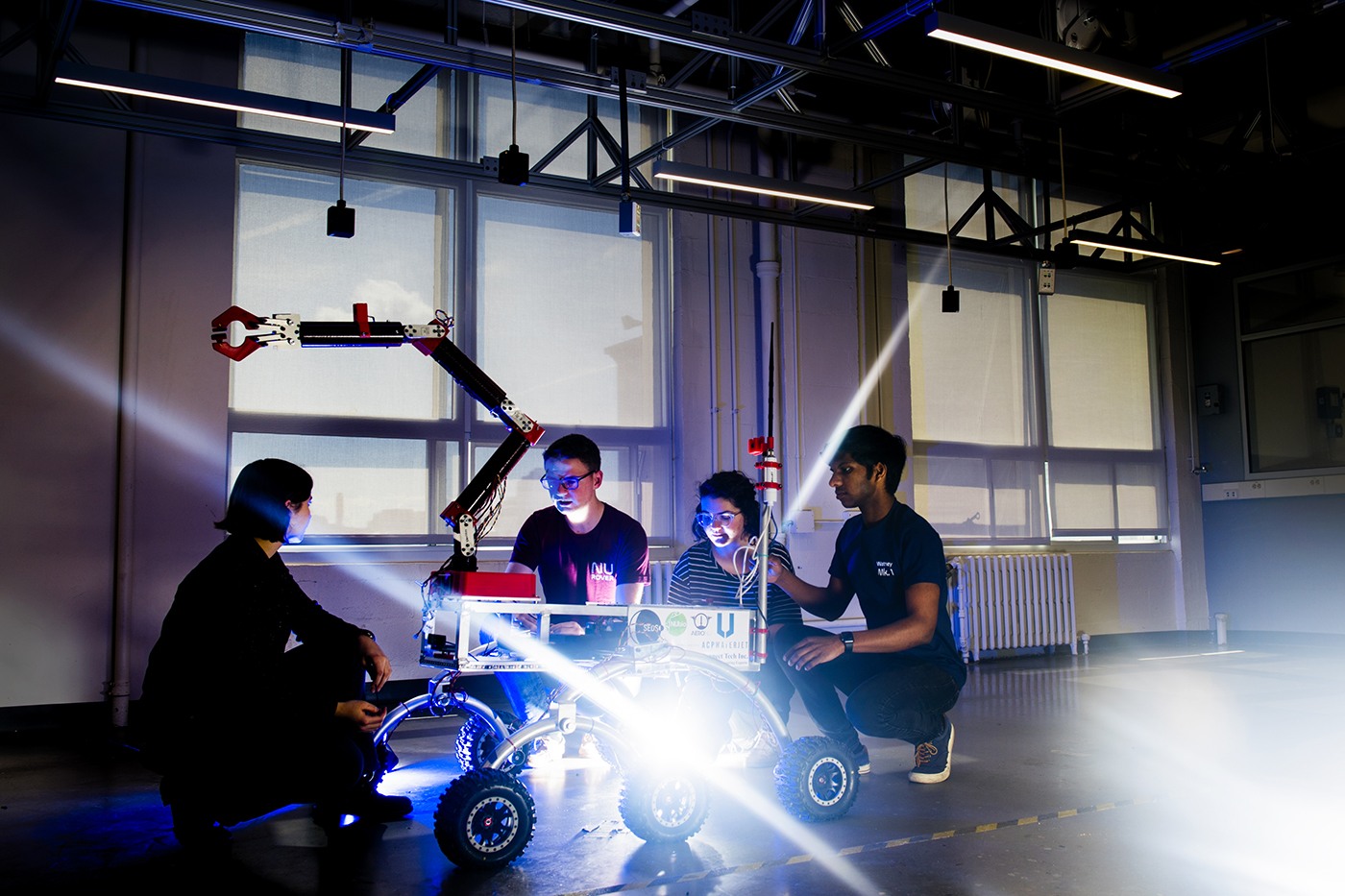 No one is going more all-out for the Apollo anniversary than the Museum of Science. The Museum’s special offerings begin Friday, July 19 and continue throughout the day Saturday, with a packed agenda of presentations, shows, and activities for adults and kids alike. On Friday, speakers will give presentations on a wide variety of space-y stuff, from modern advancements in spacewear to where the moon came from in the first place. You’ll want to stick around after the museum closes, too—the Gilliland Observatory will be open from 8:30-10:30 p.m., and you’ll be able to get up close and personal with the cosmos through the Museum’s 11-inch telescope. On Saturday, the fun continues with a live-stream of an actual launch to the International Space Station from Kazakhstan, a hands-on lab about craters, and a presentation on how food for space missions is developed here in Massachusetts. On both days, you’ll also be able to take part in an engineering design challenge and view three different celestial shows at the planetarium.

The Harvard Museum of Natural History is upgrading their Earth & Planetary Sciences exhibit for this momentous occasion. On July 20, the museum will unveil “Cosmic Origins,” an interactive exhibit through which visitors can learn how heavenly bodies are formed. The starring attraction? A real “lunar specimen”—AKA a moon rock—that astronauts brought back on Apollo 12. Those who are 21+ can continue the fun at the museum’s “Lunar Soirée,” an evening cocktail event set to ’60s tunes.