The larger-than-life portrait exhibit, sponsored by College Bound Dorchester's Uncornered project, will be on display until August 25. 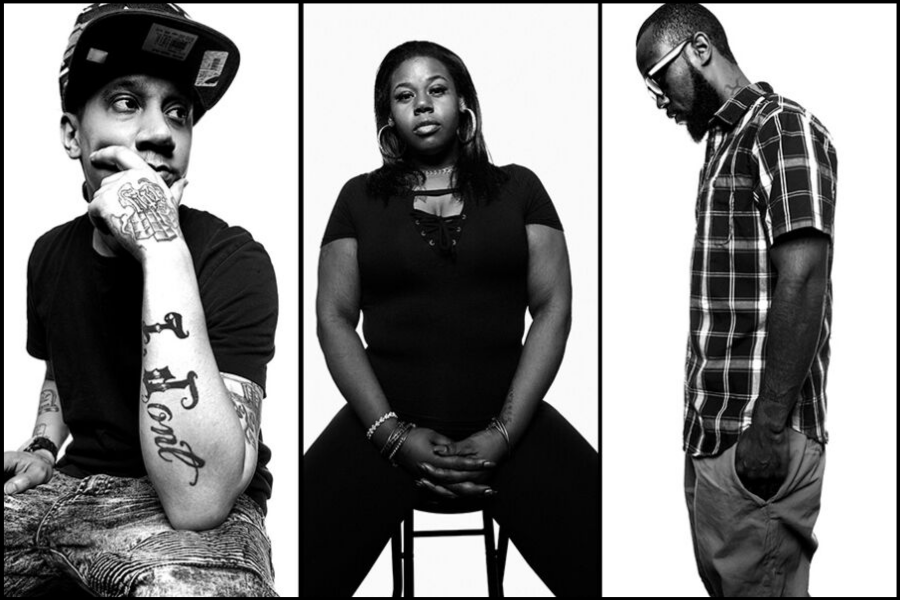 For Mayor Marty Walsh, it was alcoholism. For Congresswoman Ayanna Pressley, it was trauma. For NFL broadcaster Andrea Kramer, sexism.

Everyone knows that success doesn’t always come easy, and that even Boston’s biggest names have had to overcome adversity to get to where they are today. However, for young people—especially those affected by gangs and gun violence—the idea of becoming a politician, journalist, or even a college graduate can feel impossible in the face of their daily challenges.

A new photo installation in the Boston Common is trying to change that. The Uncornered Photo Documentary Project, which opens Tuesday, will give viewers a look into how some of Boston’s brightest escaped the corners they were once backed into by discrimination, trauma, or other harmful narratives—and how some local youth are attempting to do the same.

The exhibit consists of two dozen black-and-white 5×8-foot portraits shot by photographer John Huet. While some of the faces in the portraits—Mayor Walsh, Rep. Pressley—will be familiar to passers-by, others will depict students participating in College Bound Dorchester’s Uncornered project, a program that supports gang-involved and at-risk youth in pursuit of education. Each portrait is accompanied by a short story, describing the moment when the portrait subject became “uncornered.”

“I didn’t care if I lived or died,” reads Uncornered student Alex Diaz’s story. “I went to prison and missed the birth of my first-born daughter. When I got out, I promised to never miss another day of her life. My daughter saved me from myself, my daughter UNCORNERED me.”

The Uncornered project attempts to redirect these young people through an incentivization system. The program operates on the idea that the traits they develop through gang involvement—entrepreneurial abilities, networking and leadership skills—can be redirected toward positive change. Kids who join the program receive weekly stipends and social and emotional support as they pursue college degrees, becoming role models for the other young people in their communities. 70 percent of people who participate in the program go on to college, while 91 percent don’t return to criminal behavior.

“Those with the charisma, influence and ingenuity necessary to form and run gangs are natural leaders,” reads a release from the organization. “They know how to get others to follow. Boston Uncornered is turning these leaders of gangs into respected members of the city who will lead others toward education and well-paying jobs rather than lives of crime.”
The photo exhibit will remain on display until August 25. To find it, enter through the Charles Street entrance of the Common—you’ll find it midway between the corners of Boylston Street and Beacon Street, adjacent to the Little League field.
Read More About:
Alyssa Vaughn Contributor @alyssacvaughn