"Thousands of leaders have been transformed by you." 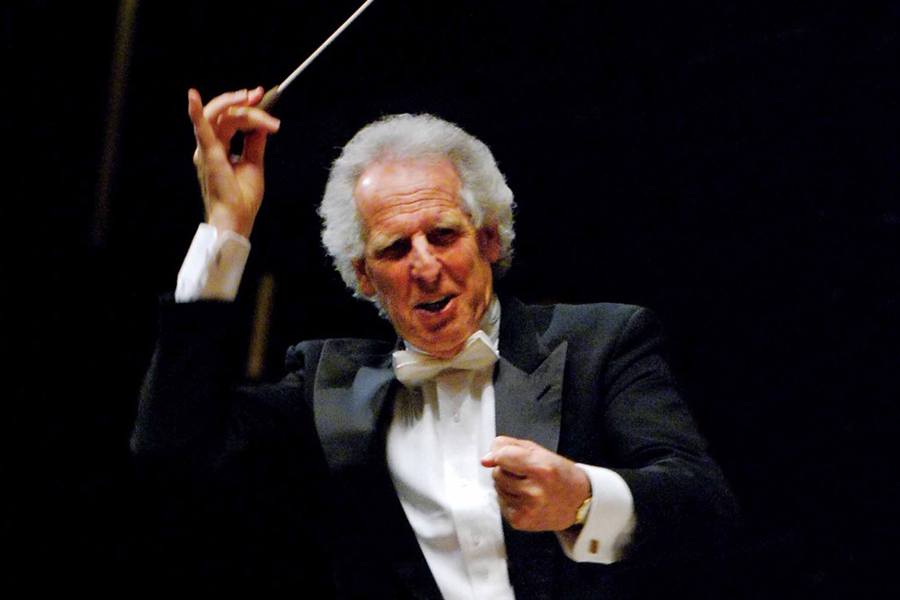 After taking five trips to South Africa for performance, speaking, and teaching engagements, Zander will be presented with a Lifetime Achievement Award at the ABSA Achievement Awards in Johannesburg on September 8. The event celebrates extraordinary South Africans in the fields of business, the arts, and humanitarian work and community service. Zander will be the first non-South-African recipient of the Lifetime Achievement Award, an honor previously bestowed upon Nelson Mandela and Desmond Tutu. At the ceremony, he will deliver a speech and conduct the Johannesburg Youth Orchestra.

“Your work as a conductor, teacher, and transformational speaker has inspired people around the world,” Zander’s invitation to accept the award reads. “Thousands of leaders have been transformed by you.”

On one of Zander’s most recent trips to South Africa, he and his partner, Rosamund Zander, led 97 different events in the country, including a keynote speech in Parliament and a performance with the Cape Town Symphony. A DVD of Zander’s performance, entitled “South Africa: Alive with Possibility,” was distributed to thousands of schools and organizations across the country, and has helped to solidify Zander as a role model and leader.

“Nelson Mandela understood that leadership is like conducting an orchestra—every voice has to be heard,” Zander said in a Facebook post about the award. “He energized hope and inspired South Africans to work together for a harmonious future. It will be a thrill to return after seven years to re-engage with young leaders and musicians throughout the country in bringing possibility alive and present.”