All the Concerts You Need to See around Boston This Fall

Don't miss big national acts like Tyler the Creator or the best local acts like Parks thanks to this fall concert preview. 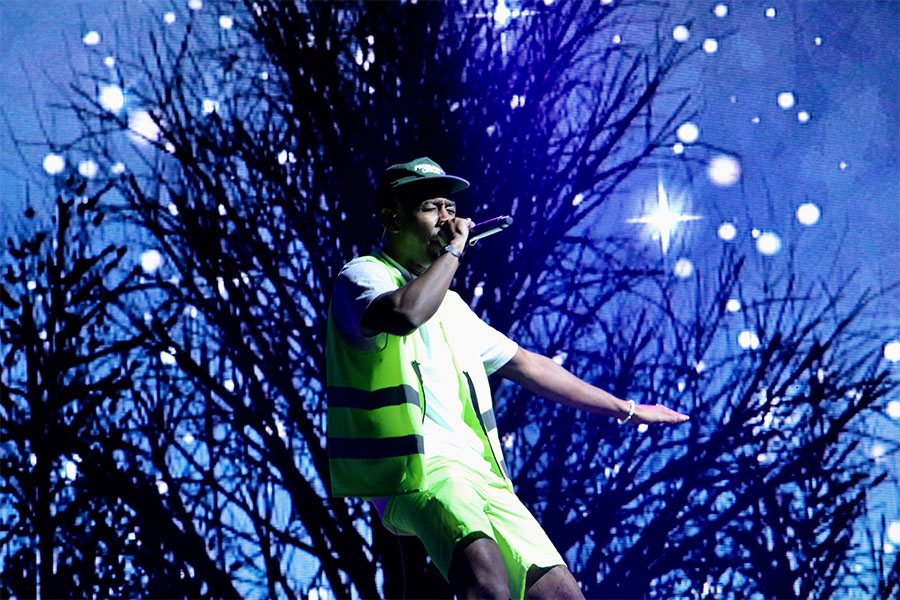 The Odd Future alum stunned the world with his 2009 debut album, Bastard. Amidst songs filled with lewd lines and callow boasts was a husky-voiced, highly skilled emcee just starting out on his creative journey. His sixth full length project, IGOR, was released earlier this year and encapsulated his musical evolution. Tyler is more euphonious, introspective, and exciting than ever.

This British singer-songwriter is the modern-day embodiment of classic rock n’ roll. 2017’s The Attractions of Youth was steeped in studiously bright melodies and percolating percussion. The natural rawness of Courtney’s voice is bold and arresting; self-reflections that nestle nicely into his lyrics are invigorating. His sophomore effort, 404, is out on September 6 and promises to be another near sprawling masterpiece.

The infamous “R&B Diva” has crafted soul-searching soundtracks for the last 20 years. Johnson has belted out catchy hooks for rappers including Kanye West (“All Falls Down”) and Cam’ron (“Down and Out”), but her own discography is a vocally confident statement about her own strength. What she’ll bring to City Winery isn’t just a flawless setlist, but a level of sophistication synonymous with her maturation.

This introspective emcee effortlessly harmonizes zealous bars with a beautifully grandiose vision. The Catalina, a carefully curated project, showcases Prince Smooth as a man at the helm of his destiny—and his future promises to be a bright one.

On the final day of Boston’s inaugural Cannabis Week, a music extravaganza of epic proportions, Xperience Boston, will be taking place at InkBlock Underground. From the legendary Lupe Fiasco headlining to appearances by the city’s own Slaine and Bia, it’s shaping up to be one of the hottest fall events.

Echoey whispers and hypnotic soundscapes have become Ladytron’s calling card. Despite taking a seven year hiatus after 2011’s Gravity the Seducer, the electro-pop quartet didn’t miss a single beat on a new self-titled record released earlier this year. Helen Marnie and Mira Aroyo bask in their synth-driven seclusion and perfectly complement each other on tracks soaked in new wave nuance.

The pensiveness of Billy Dean Thomas is endlessly inspiring. The revelatory poet fuses hard truths with powerful imagery through impassioned execution. Teaming up with Lyrics Born is only natural for someone so in tune with their creative side–there isn’t a more aptly matched duo.

Make Yourself, the wildly successful third studio album from steadfast rock darlings Incubus, turns 20 this year. An anniversary tour is more than fitting for the group’s most definitive musical moment and comes as a pleasant surprise to fans eager to bask in nostalgia. From the melodic mellowness of “Drive” to the saccharine devotion of “Stellar,” the direct nature of Incubus has always been the group’s biggest selling point.

The neosoul stylings of this New Orleans native feel innate and timeless. His debut album, Painted, is an intimate constellation of his big-hearted ambitions. On songs like the hypnotic “Concentrate,” Daye is doing his best to suppress sensual urges for a lover more than worthy of his time: “It’s emotions in your ocean/I could drown all day/When we wine and dine, it’s too much fun/ Pretend love me.”

No one does sultry bedroom R&B quite like BJ The Chicago Kid. Over the years, the crooner has linked with hip-hop heavyweights ranging from Kendrick Lamar to Dr. Dre. But for the very first single off of July’s 1123, entitled “Time Today,” BJ dials up the sexiness effortlessly. His lusty brilliance is both intoxicating and decadent—and promises to leave you wanting more.

This lurid synth-pop pair are the perfect act to celebrate Halloween with. Their ominous soundscapes, mixed with thrilling selections from Britpop princess DJ Lady K, makes Great Scott the only place to be on the spookiest night of the year.

Big K.R.I.T.’s lyrical sizeups have catapulted the rapper into a stratosphere all his own. He made the arduous task of releasing two projects in one year look easy. His EP compilation TDT was released in January; his fourth album K.R.I.T. IZ HERE was just revealed in July. KR.I.T.’s southern charm (he hails from Mississippi) saturates all of his songs, and makes him a refreshing presence in hip hop.

If melodies and basslines soaked in sunshine are your thing, then make it a priority to go see Parks at Great Scott this November.  Their 2018 eponymous album is a modernist fantasy of ’60s pop-rock, which makes for quite the listening experience. Brian E. King’s florid songwriting skills are nicely complemented by sprawling rhythms and alluring choruses.

One of Boston’s brightest beacons is back at House of Blues for another one of his unforgettable performances. Last year, the 27-year-old Dorchester native became the first rapper to be crowned ‘Artist of The Year’ at the Boston Music Awards. His new record, Trying To Find My Next Thrill, was released in August and is as buoyant as the title implies. Stizz has no problem living up to his hype.

The Joy Formidable masterfully combine the precociousness of pop-punk with savory choruses and joyous melodies. Tongue-in-cheek lyricism has been embedded in their sound since the band’s 2008 debut full-length A Balloon Called Moaning. Lead singer Ritzy Bryan embraces her femininity while still serving up unadulterated fury with the kind of momentum that puts some of rock’s most lauded legends to shame.