The Boston Lyric Opera is staging an unusual show at the Steriti Memorial Rink. 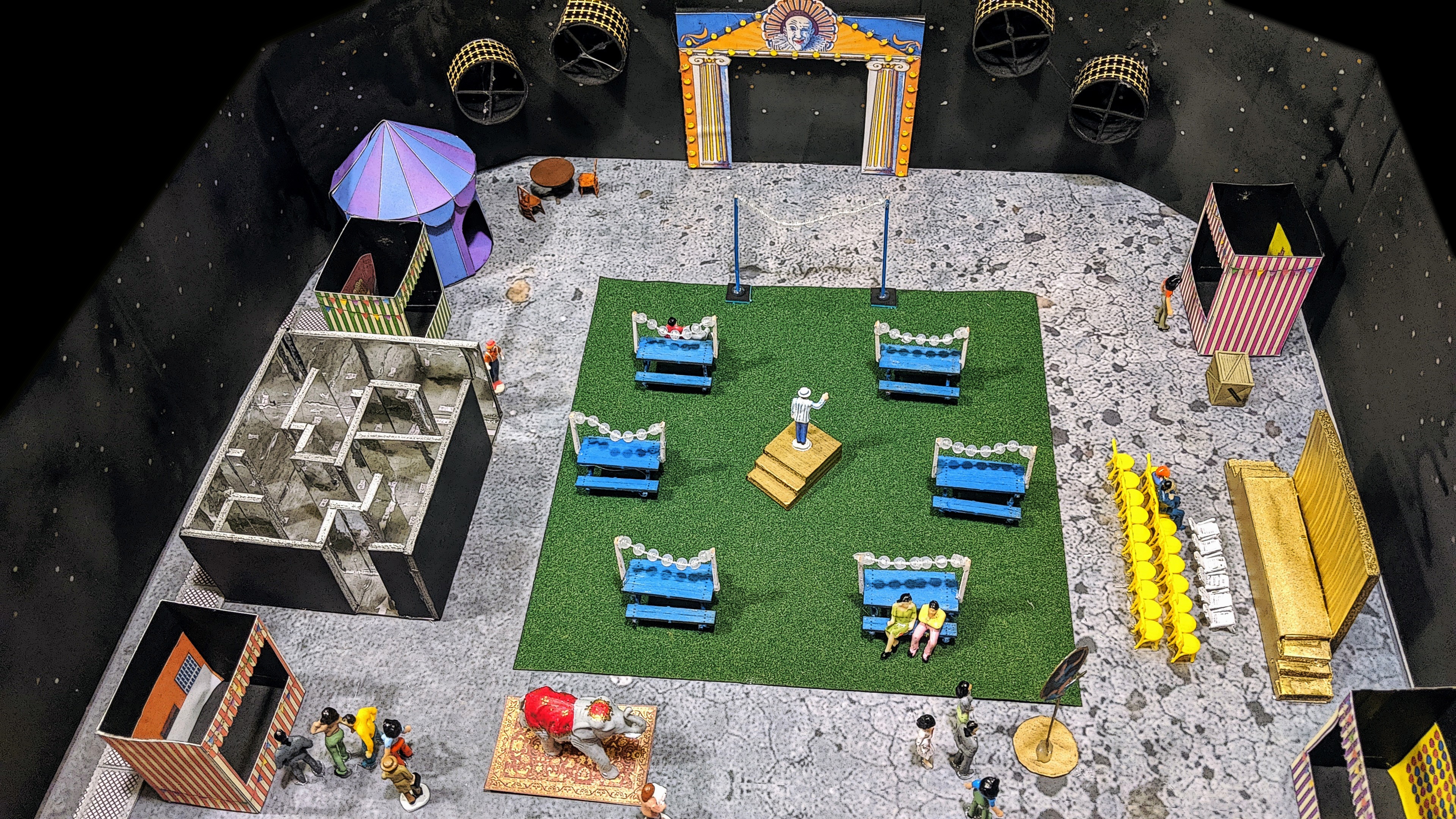 Ever wanted to stuff your face with carnival food, take in a magic show, and top it all off with a little dose of opera? If so, here’s some good news: Boston Lyric Opera is staging its first production of Ruggero Leoncavallo’s  Pagliacci, and the “fully immersive” staging involves a full-on, interactive carnival.

Pagliacci, which follows the story of a love triangle among a group of five traveling actors, is set in an Italian village—but in the BLO’s version, the setting has been updated to a modern carnival, and ticketholders are invited to join in on the fun. Staged at the DCR Steriti Memorial Rink in the North End, the pre-show experience begins 90 minutes before curtain, with food trucks and picnicking along the ice rink’s Boston Harbor Coast, all open to the public. Half an hour later, ticketholders will be invited to wander an indoor fairground, complete with carnival games, taffy, “circus-themed” drinks, and performances by magicians, jugglers, contortionists, and local choirs. When it’s showtime, clowns will usher the audience into a big-top tent, where the performance will unfold.

“This is a fully immersive experience before, during, and after the show,” says director David Lefkowich. “The audience is part of a community sharing joy, amazement, and tragedy in an experience jammed full of action.”

Wait—tragedy? Yes, while the pre-show might be all fun n’ games, the plot of Pagliacci itself involves illicit love affairs, sad clowns, lies, and murder. Ultimately, it’s a heartbreaking story, captured by the best known aria from the opera, “Vesti la giubba” (or, “put on the costume”). Known as one of the most moving arias in all of opera, “Vesti la giubba” is sung by one of the characters as he must prepare to perform as a clown mere moments after discovering his wife has been unfaithful.

Lefkowich says Pagliacci is the perfect opera for the uninitiated and curious. It’ll be performed in English and Italian, there are only five actors to keep track of, the run time is typically around 80 minutes, and the immersive setting will help novice operagoers feel engaged. So, if you’re intimidated by the Carmens and Barber of Sevilles of the world, this is your shot—it’s not often that opera comes with a side of cotton candy.