Which is scarier—the movies or real life? 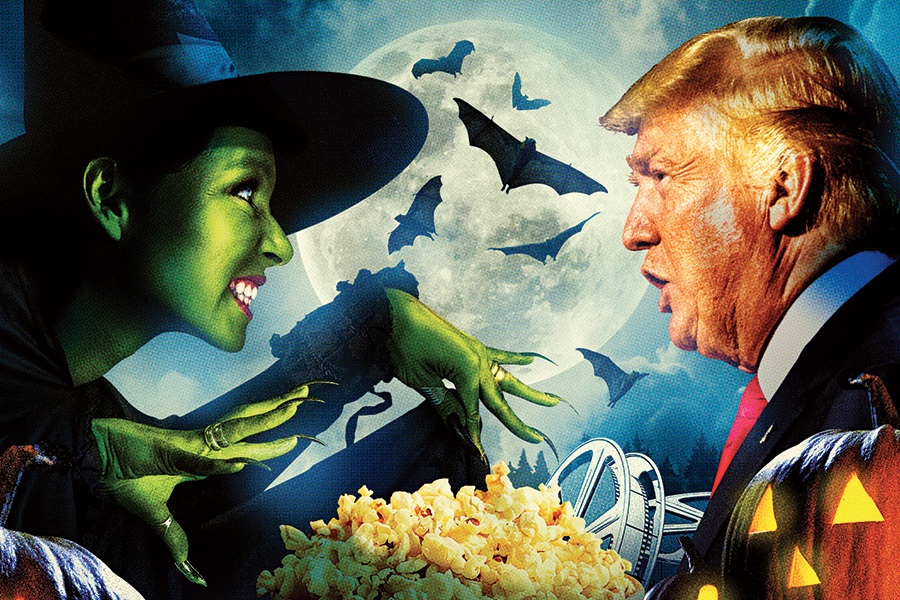 As the witching hour approached on November 8, 2016, Kevin Lynch watched the presidential election results through his fingers, scared to look at the TV. “How did we let this happen?” he remembers asking himself as crimson red splashed across the screen. A huge horror-film fan, he loves a good scare. But President Donald Trump? That frightened him more than Freddy Krueger ever could.

The marketing professional and events producer says he immediately saw similarities between the rise of Trumpism and the bogeymen of celluloid. So in 2017, as a “direct response” to the administration’s incendiary rhetoric and policies, Lynch started the Salem Horror Fest, an October film and events series that uses movies as a medium for exploring real-life political and cultural horrors.

Salem, after all, “is ground zero for what happens when fear runs amok,” says Lynch, referring to the 1692 witch trials, which led to the execution of 20 victims now honored by a downtown memorial. More than three centuries later, the city may also be ground zero for taking on Trump in a new era of fear-mongering. After the president co-opted the term “witch hunt” to defend himself against critics, for example, Salem congressman and former presidential hopeful Seth Moulton took him to task on Twitter. Salem Mayor Kim Driscoll, meanwhile, has also criticized the former Celebrity Apprentice host, and NBC News even visited the city to report on how practicing witches are #resisting the Trump era.

And then there’s Lynch, who’s boosting the city’s progressive bona fides by drawing parallels between current events and on-screen frights. To do so, Lynch links many of the Salem Horror Fest’s movie selections back to social-justice themes: For instance, the campy sci-fi Critters series, about murderous alien invaders, is pointedly slated for a Columbus Day movie marathon. There are also documentaries, including Horror Noire: A History of Black Horror, which looks at representations of people of color in the genre.

The festival’s very particular point of view has helped it grow fast: With 50-plus screenings and events throughout October as well as appearances by stars such as John Waters and Elvira, both vocal Trump critics, attendance is expected to double this year. Lynch, for his part, believes Witch City’s “revolving door of tourism” has only helped amplify his message. “Salem is a city that learned a lesson,” he says. “The more we understand about the human experience, the better we’ll treat people.”