With October 31 just a few weeks away, get into the Halloween spirit with movie screenings, pumpkin floats, dog parades, and so much more. 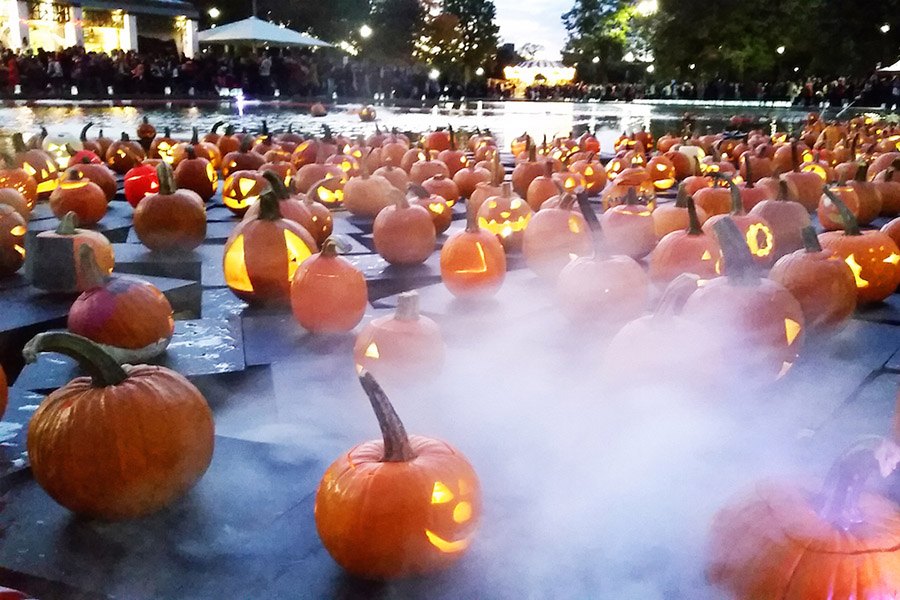 Frog Pond Pumpkin Float: Move over, Charlie Brown—it’s a night that will put any great pumpkin to shame. This annual family-friendly event calls on Bostonians to carve their own 8-inch jack-o-lanterns and bring them down to the Boston Common. There, gather around the Frog Pond to gaze at the hundreds of orange orbs as they light up the water. Refreshments and kid’s crafts will also be scattered around the area for pre-illumination fun. 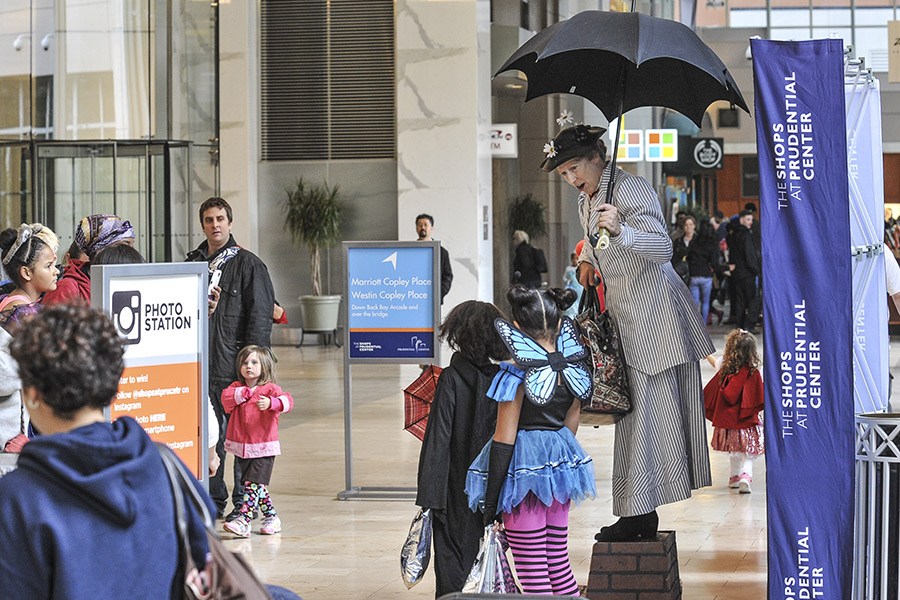 PRU BOO! Charity Trick or Treating at Prudential Center: It’s a kid’s dream come true: For one day, they can run around the mall, collecting candy and playing games. And it’s all for charity—this year’s 25th annual spooktacular fundraiser benefits Playworks New England, a nonprofit that helps plenty of other children enjoy “healthy play environments.” The Sunday before Halloween, bring your kiddos to the Prudential dressed in their Halloween best. From Eataly to Neiman Marcus, dash around the shopping center, following the activity map and picking up treats as you go. The day also includes face painting, magic shows, and a kid’s concert.

Magical Halloween Castle at Castle Island: The star-shaped Fort Independence is once again transforming into a kid-friendly Halloween celebration. Take your pick between being led through a scary or not-too-scary tour of the crevices that are said to have inspired Edgar Allen Poe’s spine-tingling short story “The Cask of Amontillado.” Weather permitting, families will have the chance to show off their costumes, witness magic tricks, listen to stories, and chow down on seasonal snacks. 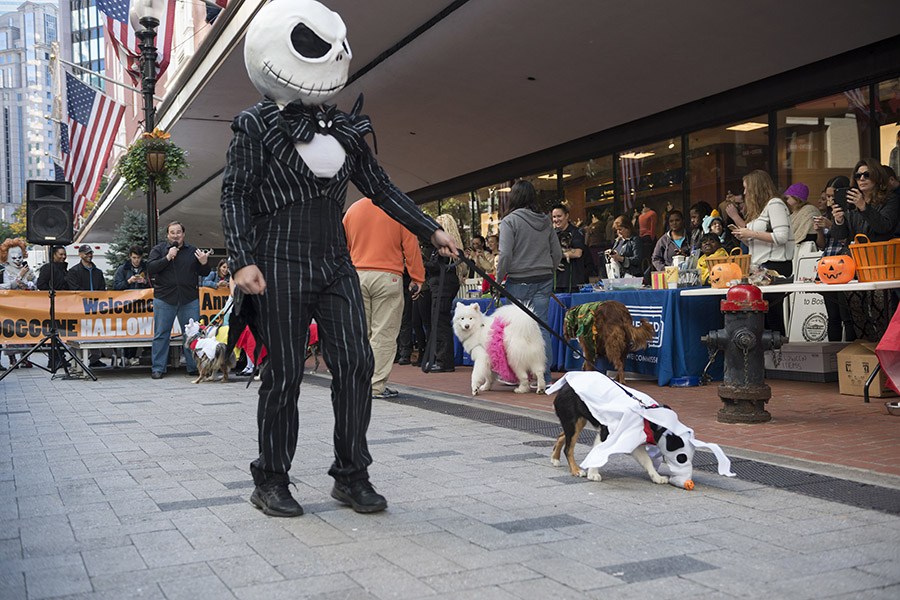 Doggone Halloween Parade: Halloween has officially gone to the dogs. During this adorable display, pups traipse around a gated section of bustling Downtown Crossing to win prizes for the scariest, most creative, and all around best costume, as well as the best dog and human duo. Treats will be provided to all, but canine attendees might have to do a few tricks first. Spectators can watch for free, but dogs must be registered before the parade. 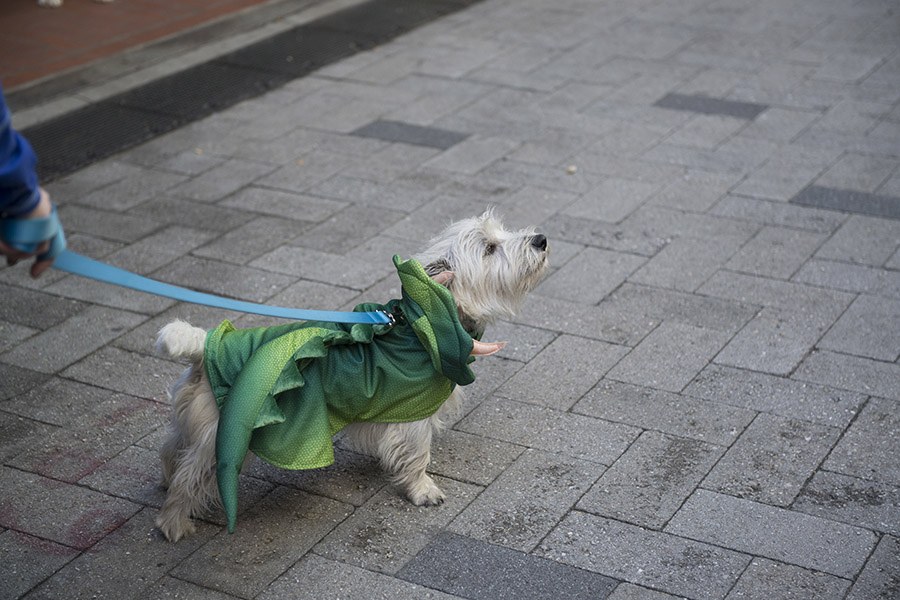 ZooHowl at Franklin Park Zoo: Take a trip to the zoo this Halloween for a chance to be one with the animals. Spend the day howling like a wolf or crawling like a gorilla as you trick-or-treat among the creatures, learning about the raccoon’s endangered cousin, the red panda, or the nocturnal tapir from zoo experts, and watching the animals gorge on pumpkins. After filling up on healthy treats scattered around the park, participate in a costume and howling contest—and don’t forget to stop by the haunted maze to put your navigational skills to the test.

You’re Not You Halloween Cover Show: Come dressed in your best Ziggy Stardust duds and find out if there really is “Life On Mars” with Night Shift Brewing’s lineup of cover bands. David Bowie, Taylor Swift, and the Kinks will play you into the evening—that is, as imitated by T.S. I Love You, The Young Americans, and The Kinks Preservation Society. Guests can “Shake It Off” while sipping on the Brewery’s newly released peanut butter and caramel infused stout, “Spooky Spice,” and snacking on free candy. Have your own killer celebrity impression? Participate in Night Shift’s costume contest to find out how well you stack up—you might even walk away with a gift card. The Brewery will also be streaming some of the most revered horror flicks, so hunker down with their “Night Shift eats” for a ghoulishly good night.

75 Chestnut Pumpkin Fest: Feast on gourd-inspired provisions and potables at this jack-o-lantern shindig. At the Beacon Hill establishment, there’s something for everyone: Adults can sip on apple and pumpkin martinis while kids unleash their carving and painting skills on a complimentary pumpkin. Reservations are required—call 617-227-2175 to get yourself a spot.

Halloween on the Harbor: Forget Nightmare on Elm Street—this year’s theme is all about the Nightmare on Boston Harbor. The city’s most famous ship is turning into a maniac’s paradise for one booze-fueled and music-pumping evening of cruising around the harbor. Don your best Freddy Kreuger costume for the contest and board the ship, along with 600 other kooks, get ready to let your inner freak out.

Honkytonk Halloween Hoedown at Loretta’s Last Call: If you’re lacking in the creepy costume department, fear not: The Fenway country bar has saved the day with their no-cover Halloween hoedown. Dust off your cowboy boots and fringed vests for the costume contest, then stretch your limbs to square dance with your crew. The all-nighter is sure to keep you dancing with help from the live music and specialty cocktails. 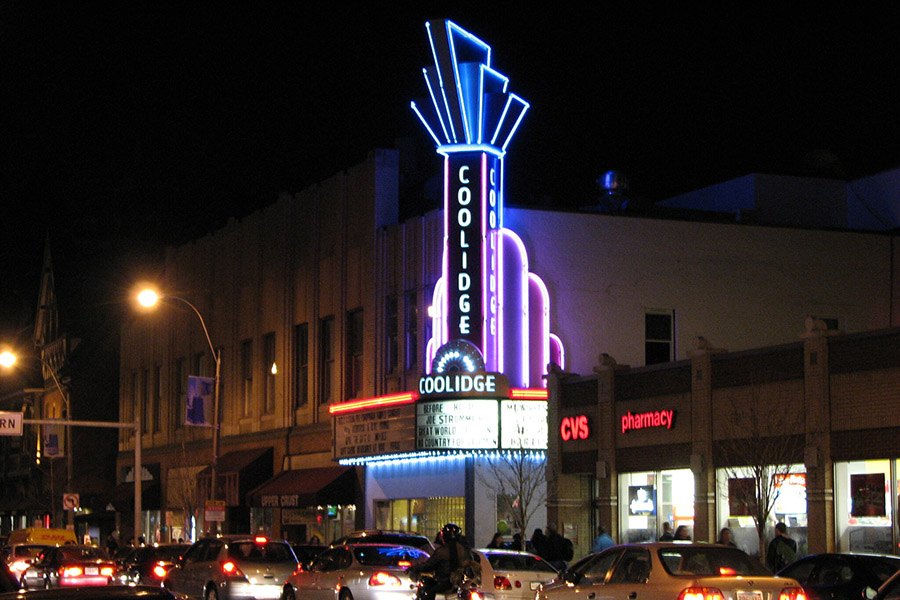 Rocky Horror Picture Show at the Coolidge: Dammit, Janet! After a waterlogged Brad and Janet find themselves seeking shelter in the castle of Dr. Frank-N-Furter, all innocence is lost, and a chaotic comedy ensues. Load up on Halloween candy at the concession stand and witness the twisted, interactive cult-classic—on 35 MM film for a richer experience—this All Hallows’ Eve at the Coolidge Corner Theatre. (Bonus points if you manage to dress up as Riff Raff or the deranged scientist himself.)

Screaming Ostrich Film Festival Halloween Bash: Boston’s Screaming Ostrich film festival is here to jumpstart your Spooktober with bone-chilling horror movies at its first annual Halloween bash. Not for the faint of heart, the fright-night will feature a cash bar, music from singer-songwriter Stu Nunnery, and 13 unreleased horror shorts entered by directors all the way from Sweden to Massachusetts. We guarantee when you leave, the Ostrich won’t be the only one screaming. 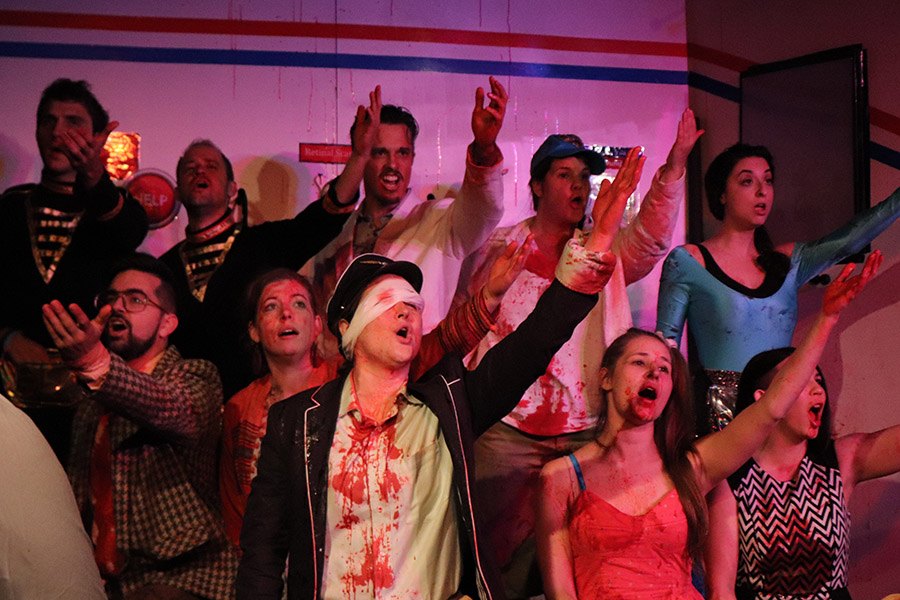 ImprovBoston GoreFest XVII—Maul of America: You’ll want to purchase a poncho before entering the theater, because the Cambridge comedy club is bringing audience members into a night full of gore and hilarity, as a zombie apocalypse terrorizes a shopping mall. It’s a savage bloodbath as the heinous troupe jokes, sings, and flings fake guts and gluten-free blood at their helpless victims. With a show as ruthless as this one, no one is guaranteed to survive the splash.

Oberon’s Cirque of the Dead show: A “paranormal investigation team” needs your assistance in exploring the murky bowels of a cursed theater. Join the Boston Circus Guild as they lead you on an aerobatic journey filled with laughs, frights, and monstrosities. Experience the abnormal occurrences from the dance floor, as performers slink around, behind, and above you. And, to truly immerse yourself in the investigation, enter the costume contest on Instagram using #CIRQUEOFTHEDEAD. The night includes custom cocktails and music from the spell-binding band Minusworld.