18 Ways to Get the Most out of College Town USA

Fun classes, big-name speakers, and luxe amenities for everyone (not just students). 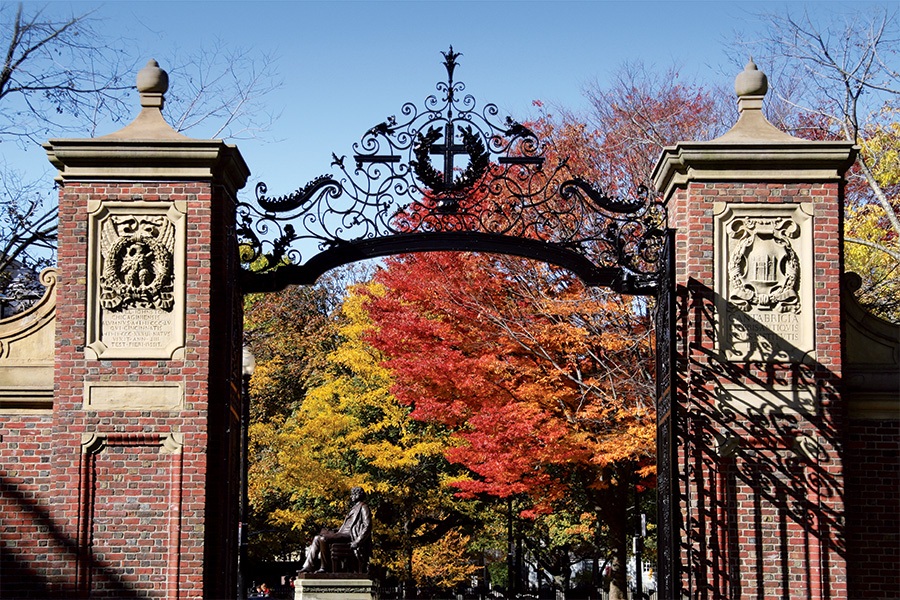 Harvard’s not as hard to get into as you think. / Photo by Tim Sackton/Creative Commons via Flickr

You don’t need a student ID to take advantage of these campus amenities.
By Angela Athena Mats

On the third Friday of every month, you can trade Netflix for a different kind of star-studded show inside this 30-foot domed digital theater, part of the Christa McAuliffe Center for Integrated Science Learning. November’s movie delves into the spectacle of supernovas.

Practice your axels and lutzes at BU’s Walter Brown Arena, which invites non-students onto the ice multiple times a week. Need help keeping your balance? The school offers skating lessons for wannabe Olympians young and old.

You’ll pass winterberry and holly, pine-scented conifers, and the late American artist Nancy Holt’s Wild Spot sculpture on a crisp late-fall nature walk through the Wellesley College Botanic Gardens. Come back in springtime when the gardens are lush and butterflies abound for a completely different perspective.

Looking for a fully loaded fitness club without the accompanying price tag? For less than the monthly fee at most big-box gyms, you can get ripped at Regis College’s Athletic Facility, which boasts an NCAA-regulation gymnasium, competition-length swimming pool, eight-lane outdoor track, and new weight room.

Head to the Harvard Art Museums for Crossing Lines, Constructing Home: Displacement and Belonging in Contemporary Art, an exhibition exploring migration through 40-plus works in various mediums, from sculpture to photography.

Google can’t find everything. Niche interests are well served by the many school libraries open to the public: Boston Architectural College’s Memorial Library, for example, connects architecture and history geeks to 2,000 volumes—including sketchbooks and European publications—dating to 1883. 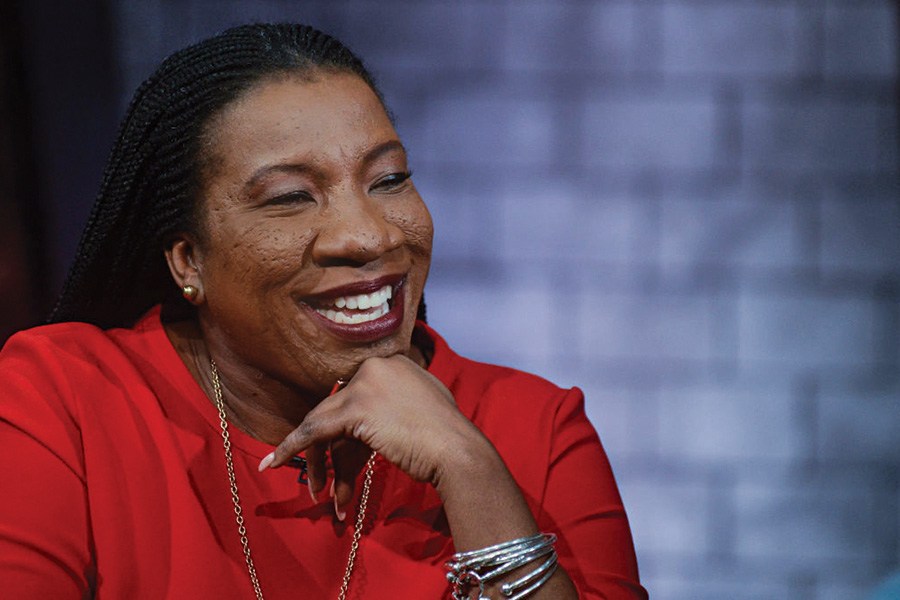 Have a free period? Fill it with one of this semester’s buzzy school-sponsored events.
By Scott Kearnan

Before she releases her new book, Where the Light Enters, the civil rights activist and #MeToo movement founder will educate—and inspire—guests as part of the ongoing Tisch College Distinguished Speaker Series. Next month: chef-philanthropist José Andrés.

She’s barely older than most undergrads, yet Aparicio—named to the Time 100 list of most influential people—has already been nominated for a Best Actress Oscar for her role in last year’s Roma, the first indigenous woman to receive the honor. Check out campus screenings on November 7 and 10, then return for a live interview with the notable actor.

How does she make those famous sticky buns? This month, Flour Bakery’s Joanne Chang stops by Northeastern University’s Xhibition Kitchen to sign copies of her cookbook Pastry Love—and show off her James Beard Award–winning baking skills.

No tickets are required for these free events, which offer weekly screenings of genre-spanning, cinephile-pleasing flicks. Coming soon: Time for Ilhan, a Boston Women’s Film Festival pick about the first Somali-American Muslim in Congress.

Noises Off at Boston College

The Theater District isn’t the only place to see a show in Boston—the city’s next generation of thespians is ready to entertain you with on-campus productions at cut-rate prices. BC’s crowd-pleasing play-within-a-play Noises Off, for instance, follows the backstage antics of a performance where everything goes wrong.

Listen up! The alma mater of musicians such as Quincy Jones keeps a super-active calendar of concerts by visiting performers and prodigious students—including this 25-piece orchestra, which will soon cover Evita, Miss Saigon, and more as part of its “Golden Age of Broadway” showcase. 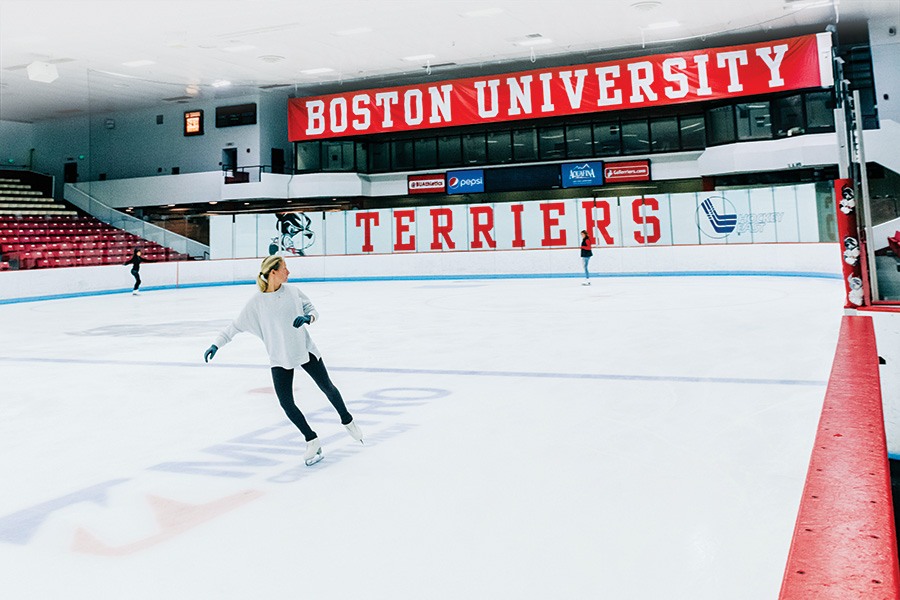 SO YOU WANT TO…

Held this year November 1 to 3, Endicott College’s annual SparkU startup bootcamp teaches Shark Tank fans about marketing strategies, revenue models, and more before letting them pitch their next big idea to a panel of entrepreneurs.

Get in touch with your inner artist

If you’re looking to spark some creativity before the winter doldrums set in, there’s no shortage of workshops at MassArt this month. At the school’s Copper Bowls course on November 2, for example, you’ll explore ancient metalworking techniques—and create a sleek statement piece guaranteed to stand out on your Thanksgiving table.

Make the most of retirement

Every college student knows that seniors have the most fun. Fifty or over? Join Osher Lifelong Learning Institute at UMass Boston for access to international trips (Morocco awaits), Harborwalk tours, and courses in every subject from business to technology to the arts.

You’ve come a long way since the days of keggers and beer pong. Show it! Impress thirsty guests with a perfectly curated bar, not to mention a variety of well-mixed classic and frozen libations, after mastering the bartending course at Bunker Hill Community College.

Begin the new year on a high note

Always wanted to start your own band? All it takes is one night a week to learn a new instrument. Register now for Tufts University’s winter community music classes, which give students the opportunity to learn the piano and the rhythms of West African drumming. 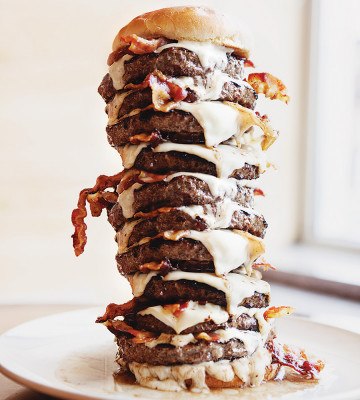 Back in my undergrad days at Boston College, a greasy cheeseburger was my go-to hangover cure. But I cannot imagine the bender that would’ve necessitated the infamous “Challenge Burger” at nearby Eagle’s Deli: a 6-pound tower of 12 patties with 22 slices each of bacon and cheese, accompanied by 6 pounds of French fries. Made famous by an appearance on the Travel Channel’s Man v. Food, the gluttonous display has been conquered by only eight people—including Joey Chestnut, America’s top-ranked competitive eater. In the name of research, I returned to my old stomping grounds to see if I could become the ninth.

After signing a cautionary waiver, I began dissecting the meat mountain with fork and knife, periodically lubricating my gullet with fountain soda and ketchup. Alas, it was not to be: Two-plus pounds in, I waved the white flag. Perhaps I should have joined a beer-pong tournament the night before? Then I really would have been giving it the old college try.