Sharpen Your Skates: An Ice Skating Rink Is Coming to the Seaport

And yes, there will be a "warming tent" with booze. 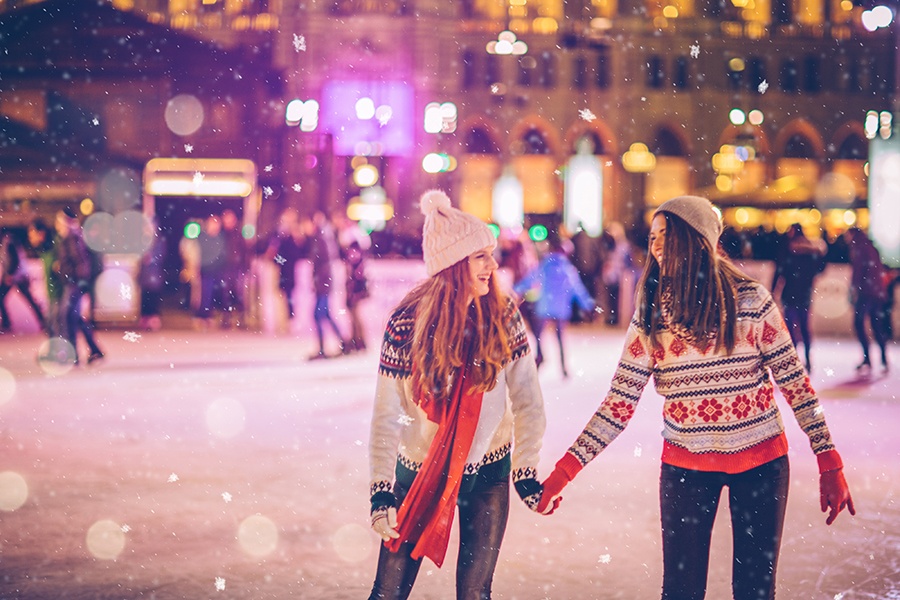 If you’re queuing up your holiday playlist the second you take off your Halloween costume Thursday night, this one’s for you: WS Development has announced plans to bring some holiday cheer to the Seaport this December via a community ice rink.

As first reported by the Boston Business Journal, the rink will be housed in the same lot on Seaport Boulevard that hosted the Cisco beer garden this summer. The 100 x 60 foot rink, which is scheduled to be open from December through February, will be accompanied by an “outdoor deck,” “tree market,” and “warming tent” where alcohol is expected to be available, according to a rendering.

“We want it to be open and welcoming,” Yanni Tsipis, senior vice president for the Seaport at WS, said at a Tuesday evening neighborhood meeting, per the BBJ.

Tsipis says admission to the rink will be “nominal,” and skates will be available for rent.

The city is in the market for a new winter wonderland. In 2016 and 2017, City Hall Plaza got a festive upgrade through the Boston Winter installation, complete with light-up trees, a chalet market, a beverage hall, and an ice skating track. However, plans to renovate the plaza have since forced the event to take a hiatus.