Are We Entering a New Golden Age of Live Music in Boston?

A marquee concert hall opened this month near TD Garden and more venues are on the way. 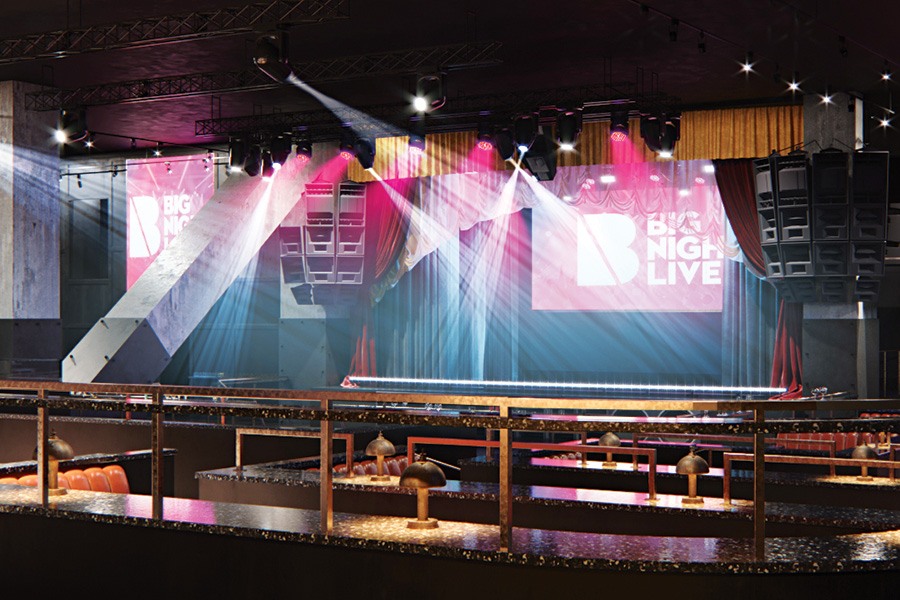 The Sunday before Thanksgiving might seem like a prime opportunity to rest up before cramming a year’s worth of family into one night. But thousands of Bostonians will instead spend November 24 filling the seats at TD Garden, Agganis Arena, City Winery, and a bevy of other venues to see shows ranging from the Jonas Brothers to Brockhampton.

If that sounds like a lot for a random Sunday, just wait until you hear what’s on the horizon. This month brings the opening of Big Night Live—a Garden-adjacent, 1,400-person venue launched by Live Nation and local hospitality empire Big Night Entertainment Group. The general-admission-oriented music hall will offer luxe amenities such as VIP tables with bottle service and private suites overlooking the stage. Live Nation has also teamed up with Fenway Sports Group for the 5,000-person Fenway Theatre next to the ballpark, which will debut in the first half of 2021. Later that year, the Bowery Presents, another major promoter, will open a 3,500-person GA room at Brighton’s Boston Landing development.

So why the rush to build new venues when it seems like there’s already a place for just about every act to perform, from the revitalized Theater District to several large concert arenas to the rock clubs of Allston, Cambridge, and Somerville? Josh Bhatti, vice president of the Bowery Presents, says his company has done the market research and found that Boston is actually underserved when it comes to live music (see: the robust concert attendance at the Garden). This is especially true when it comes to large, state-of-the-art venues that don’t limit concertgoers’ mobility to the nosebleed seats they purchased online: Currently, “there are no general-admission concert venues, aside from the House of Blues,” that surpass 1,200-person capacity, Bhatti explains.

Of course, the news has left some music fans wondering what will happen to Boston’s beloved older haunts once the shiny new concert halls move in. “Simply put, the more venues you have, the more competition you will have,” admits Wilbur owner Bill Blumenreich. Still, all signs point to there being a lane for everybody: The Wilbur, for instance, has built far and away the biggest audience for comedy in the city. And some acts will always prefer to play fixed-seat theaters, says Live Nation New England president Don Law.

As for the performers who get us on our feet and dancing? No longer confined to clubs or forced to fill arenas, they’ll have a slew of new open-seating venues to play—ensuring Boston is never left off a tour calendar again.