When the fest returns for the 11th time next year, it'll have two rock legends at the top of the bill. 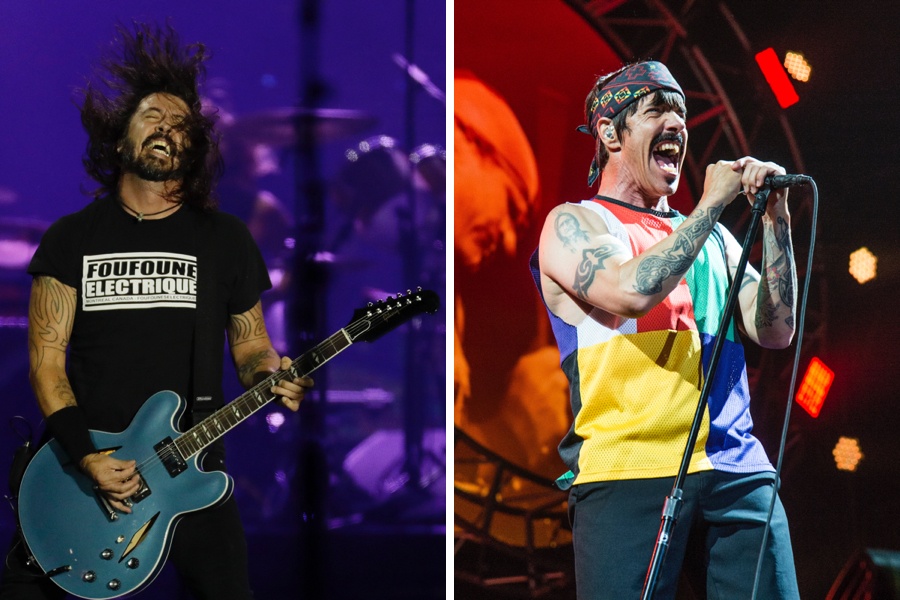 Surprise! The folks at Boston Calling are announcing today that they’ve picked two of the three headliners for the festival when it returns in 2020: Foo Fighters and Red Hot Chili Peppers.

“Boston is such a great city for rock music, and we are so proud to bring some of the most important rock artists of all time to Boston Calling next Memorial Day Weekend,” festival co-founder Brian Appel says in a statement. “We have worked for years to bring the Foo Fighters and Red Hot Chili Peppers to the festival, and this year everything lined up perfectly.”

According to the announcement, Boston Calling’s organizers plan to bring more than 60 artists total, along with comedians and dozens of eclectic food stands, when the festival returns to Harvard Athletic Complex May 22-24. But the rest of those details aren’t available just yet. They also have yet to name a third headliner, so stay tuned for the full reveal in January. In 2019, the headliners were Twenty One Pilots, Tame Impala, and Travis Scott.

Fans who have already heard enough for the next round and are ready to get pre-sale tickets locked down can do so on Thursday beginning at 10 a.m.

Over the course of 1o festivals, first at City Hall Plaza and now along the Charles River, Boston Calling become easily the most anticipated event of the summer—a position that has put it in a harsh spotlight in the past, particularly when it comes to its headliners. In 2017, organizers were dinged for hosting a trio of white guy groups at the top of the bill at a time when hip hop is ascendant both nationally and in Boston. Last year, local hip hop artists who decried a lack of representation in the three-day fest’s lineup staged an anti-Boston Calling event of their own in Dorchester, called Boston Answering.

While at this early stage they’ve only booked two of the most famous groups of white guys in American music, Appel has signaled his team is listening to that feedback as the rest of the lineup continues to take shape, saying in a statement that the fest “will complement them with an incredibly diverse lineup of artists throughout the festival weekend.”