What’s it like to write a bestseller with your spouse? With their latest children’s book on shelves now, Boston’s own Ben and Tonya Mezrich tell all. 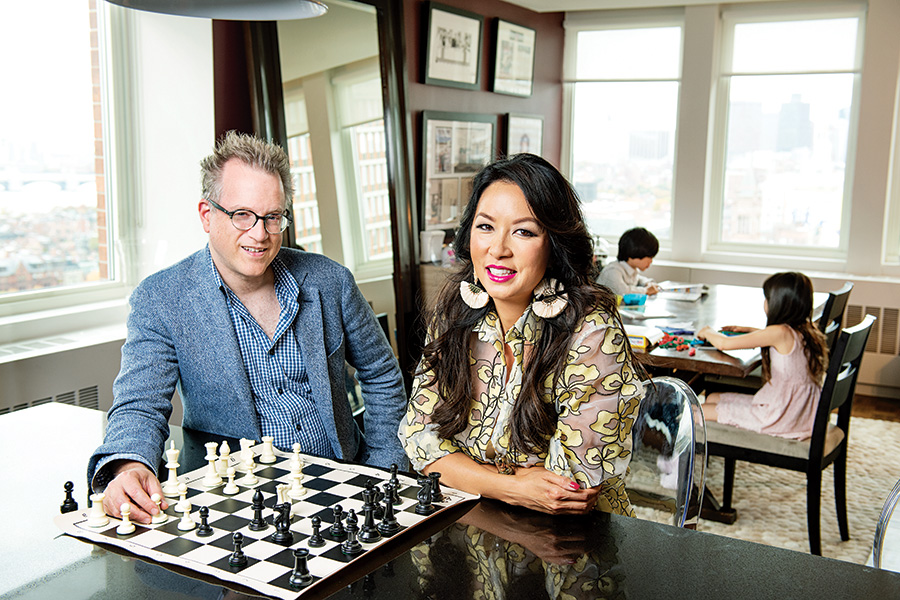 Tell us a little about your latest children’s book, which is the third in the Charlie Numbers series.

Ben: The series is about a group of whiz kids from Boston who uncover mysteries and use math and science to solve things. In Charlie Numbers and the Woolly Mammoth, they find something in Boston Public Garden: the tusk of a woolly mammoth. A couple of years ago, I wrote a book called Woolly, about Dr. George Church, a Harvard geneticist who is working to bring the animal back from extinction. Tonya and I realized it would make a great topic for the series.

Ben, your other bestselling books focus on adult topics like Facebook, blackjack, and Bitcoin. Why did you and Tonya decide to get into children’s books?

Ben: We have two little kids who are now seven and nine. I was going to have to wait a long time before they could read something I was writing. That was the original impetus: I wanted to write something my kids could read.

What were the best and worst parts of working together on this project? 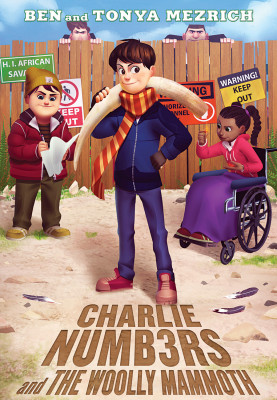 Tonya: For me personally, being able to work with such an awesome mentor is a dream. It’s in Ben’s blood; he just lives and breathes it. He sometimes gets frustrated with me…

Ben: Well, I just think I’ve done so many books, the process is second nature to me. Tonya is still sort of figuring some of that stuff out. But it’s a great process. She is much more in touch with kids than I am. I’ve also never been very good at writing female characters, as many of my reviewers have pointed out over the years. [Laughs.]

What does the future hold for Charlie Numbers and the gang?

Ben: It’ll be called Charlie Numbers and the UFO. And Ellen Pompeo is going to be producing a series based on the books. The goal is that you would be seeing it next year.

So, have your kids read the book? What do they think about it?

Tonya: Asher, our oldest, has read some of it. But his favorite thing to do is sneak-read Ben’s adult books and find all of the bad words in them.

Ben: Our kids know more about Bitcoin than most adults.