A Guide to Shopping Mall Santa Clauses, by the Numbers

Think you have it rough this holiday season? Try being a local mall Santa. 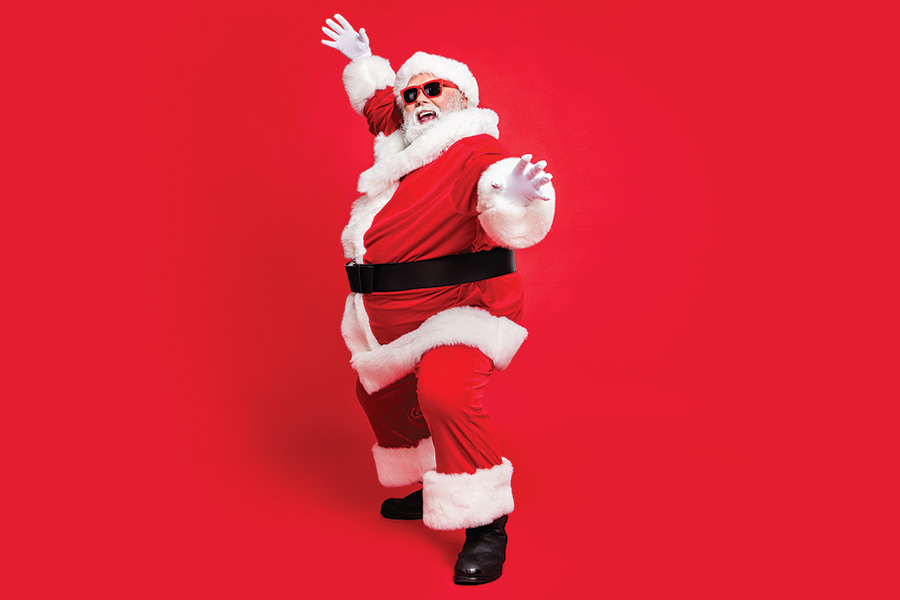 Years it feels like were shaved off your life while you waited in line to see Santa.

Kids a mall Santa might see every hour on a busy day in December.

Percent of Santas nationwide who’ve had a kid have an accident on their lap during a visit.

Price of the least expensive package for a photo with Santa at the Prudential Center in 2018.

Price of a standard 10-piece Santa suit on Amazon, so you can take your own photo at home.

Average weight, in pounds, of a professional Santa.

Cost of attending Harvard for one year.

Percent of Santas who have had someone pull on their beard to see if it was real.

Percent of Santas who have a real beard.

Confirmed visit from Santa to Tom Brady’s house (according to Facebook).

Times Gronk appeared in public dressed as a Christmas elf, which might be even better.

Places in the Boston area where you can bring your kid to see Santa.

Approximate percent of kids who cry the first time they meet the big guy.