Over a Decade, Hip Hop Claimed a Hard-Won Seat at the Table in Boston

The city hasn't always had the good sense to embrace what it's good at. 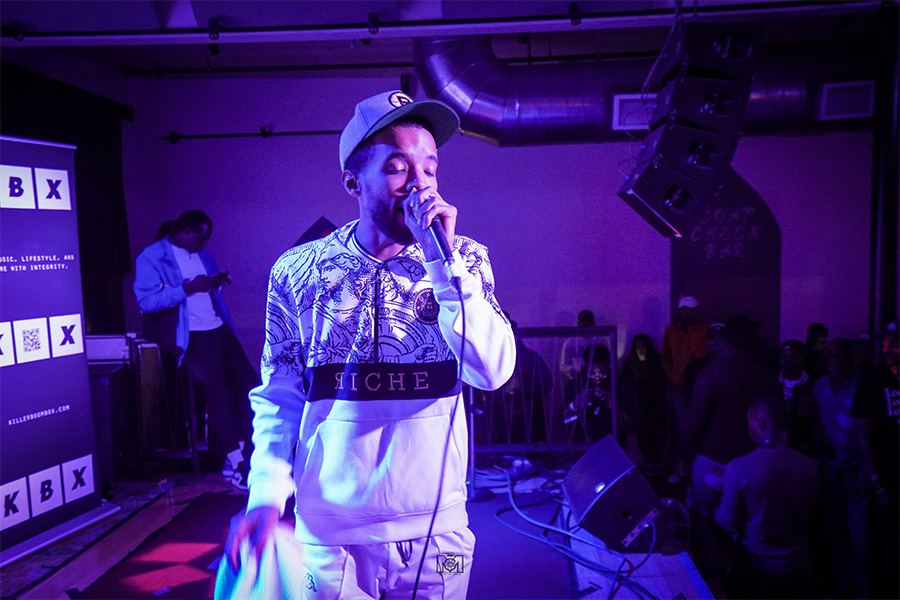 Boston’s relationship with hip hop has always been a tenuous one–and it’s not due to lack of talent. From Gang Starr to Akrobatik, the city has served as an illustrious starting point for some of rap’s most innovative and renowned minds. But despite the tremendous cultural currency that hip hop has possessed since its inception, Boston hasn’t always treated it with the respect it deserves. Over the last 10 years, the city has been plagued with discriminatory practices that keep urban acts from booking venues and parasitic pay-to-play models (when clubs and production companies charge artists for recording studio times/performance slots) that benefit the acts that can already afford it. Needless to say, the hurdles of this particular genre are disproportionate when compared to its counterparts.

Greg Valentino Ball and Brandon Matthews, the duo that founded the hip hop centric digital publication KillerBoomBox in 2011, shed some light on what’s behind these issues. “The ownership of venues in the city is a key part that makes it difficult for hip hop to flourish,” Ball says. “At one point, hip hop wasn’t allowed in clubs downtown. Then you couldn’t advertise that you were playing hip hop—you’d have to say you were playing top 40. But at the time, the top 40 records were all hip hop records. People like rap, but just don’t like black people. They’ll take all of hip hop, but remove the black people from the equation, which will give it more of an opportunity to grow. It’s sad.”

But in the last few years the tide slowly seems to be turning. With the rise of local urban day parties (like the Wave at Middlesex, Detox Sundays at Revere Hotel, Dusse Brunch at 222, to name a few) and hotspots like ICON, Bijou, and Savvor making it a point to cater to black and brown folks, it’s clear that a largely disregarded culture in Boston is, in fact, profitable. Contrary to outdated assumptions, there is a steadfast audience that is hungry for hip hop and truly appreciates its amplification.

“On the business side regarding hip hop, Boston has started to change because the mentality has started to change,” Matthews explains. “A little over a decade ago, most venues and clubs didn’t distinguish the different artists—they looked at it as a bunch of black dudes wearing gold chains, so they were exclusionary across the board. Now, the people who are in charge of these spaces are much younger than their predecessors and a little more open-minded to more types of music. They want to take those chances because it’s music that they’re into. Those before them were cool with just playing rock and booking a million rock shows.”

Perhaps hip hop’s most surprising permeation has taken place in the city’s oldest—and whitest—institutions. In 2017, the Museum of Fine Arts launched their Late-Nite series, which has featured spoken word artists, DJs, and rappers as the main attraction. Earlier this year, Boston based hip hop group STL GLD unveiled their politically potent third album, The New Normal, in that same space. The Boston Center for the Arts was showered with praise for their #HellaBlack showcases, which provided performance space to new and established black artists. The Isabella Stewart Gardner Museum has recently hosted hip hop showcases and continues to promote the genre through its live music events. 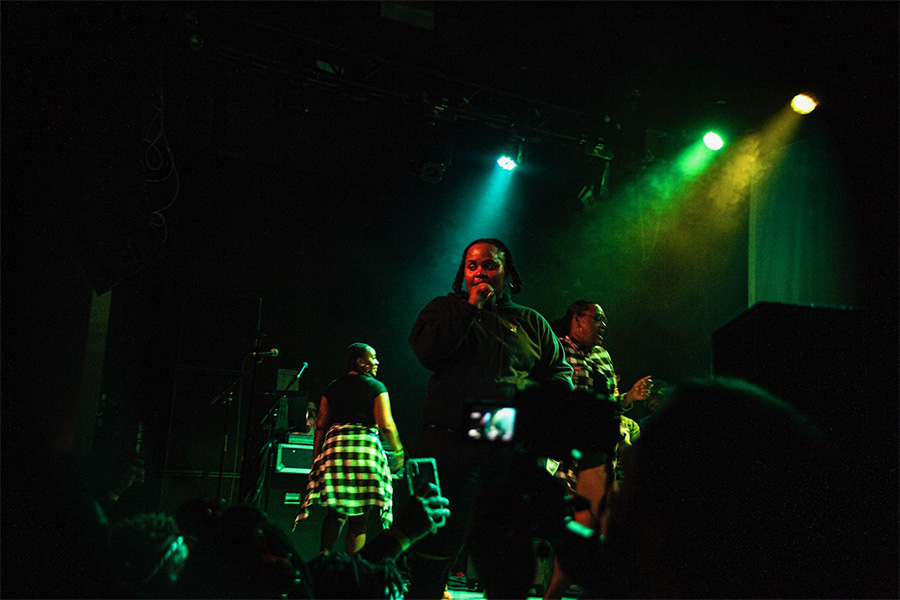 And the list goes on. Boston Art & Music Soul (BAMS) Fest, which was founded in 2018, is now held annually in Franklin Park and works to elevate black artistry. Within the last five years, the Boston Foundation has granted a slew of hip hop artists, including Billie Dean Thomas, Latrell James, Oompa and Cliff Notez, monetary awards to continue putting on live performances and events that center their creativity as the focal point. The Boston Music Awards has also expanded its number of categories and increased the number of urban artists and projects nominated. Last year, Cousin Stizz became the first rapper ever to win Artist of the Year—a pivotal moment in the ceremony’s 32 year history. The local scene’s rebelliously unique nature, Matthews believes, is an additional reason that rap seems to be rising to the top.

“The talent here has become unapologetic and more artistically free. They make the music they want to make as opposed to what they feel like they have to make,” Matthews says. “They have more of an entrepreneurial spirit and I respect the courage they have to put themselves out there and take that chance on themselves.” From Priscilla Azaglo pioneering Black Cotton Club as a safe space for black performers to Dutch Rebelle fully funding her sophomore album Bang Bang via Kickstarter, local artists are shifting the narrative of what it means to be a hip hop artist in Boston.

Although the city seems to be taking stock of and finally uplifting rap, Ball is still rightfully wary. “A lot of the gatekeepers in the city have maintained the thought process that Boston is a rock city. The idea that we can’t fully embrace our hip hop connection in history is difficult to swallow sometimes and is one of the reasons people feel they have to leave the city in order to be successful,” he says. “But the artists in Boston have a determined spirit and won’t take no for an answer. We’ve always done great things—the only difference now is that people are finally starting to pay attention.”