Boston Steals the Show With Its Latest Pre-Broadway Premiere

With its latest star-studded production, the Colonial Theatre is one step closer to reclaiming Boston’s legacy as the first place to see tomorrow’s Broadway hits—so long as Beacon Hill doesn’t screw it up. 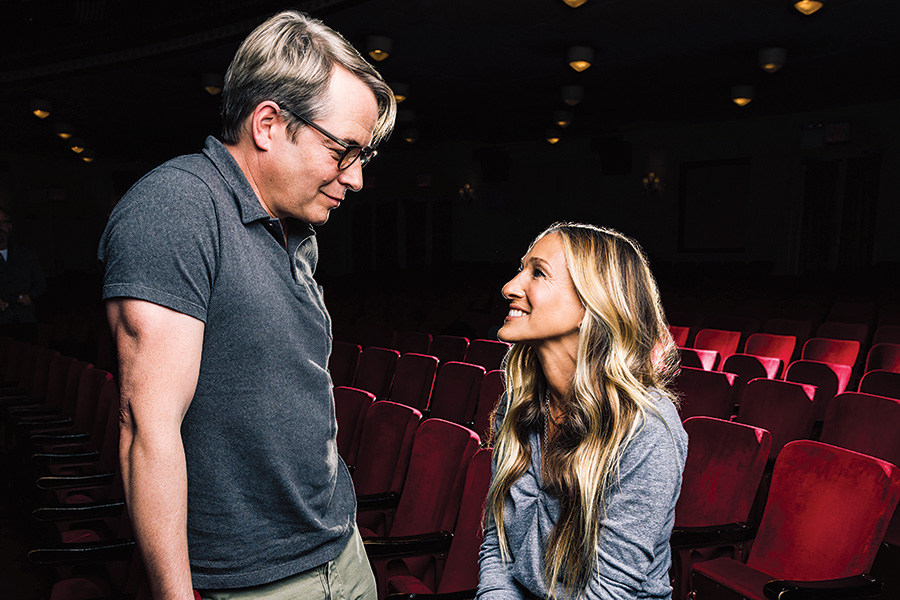 It’s a highly anticipated show with plenty of celeb cachet: In February, real-life spouses Sarah Jessica Parker and Matthew Broderick will portray three different couples in the hotel-set Plaza Suite, a revival of Neil Simon’s romantic comedy. Ready to make your Manhattanite friends envious? These A-listers have moved into Boston’s Emerson Colonial Theatre for a 22-date run before they hit Broadway, marking a full-circle moment for the play: It originally premiered at the Colonial in 1968.

In fact, Plaza Suite is the latest chapter in an entire legacy of Boston-to-Broadway trajectories—one in which the Colonial has been instrumental. Following a three-year renovation, the theater reopened in 2018 with a splashy pre-Broadway production of Moulin Rouge—the first show guided by the venue’s new operators, the Ambassador Theatre Group. The powerful global producer more recently premiered American Utopia, a rousing theatrical concert from musician David Byrne, at the Colonial, then passed it to the Hudson, an ATG-run theater on Broadway. Meanwhile, Cambridge’s American Repertory Theater has also sent several successful shows to Broadway in recent years.

Once upon a time, this wouldn’t have felt exceptional. For decades, thanks largely to our proximity to New York, Boston was the go-to tryout town for Broadway-bound shows to build hype, test ideas, and work out kinks. That tradition has waned, though, as high-profile live productions have been lured to other states by attractive tax credits. Those incentives put Massachusetts “at a disadvantage,” says Erica Lynn Schwartz, the Colonial’s general manager. She’s recently been lobbying on Beacon Hill for a bill that would provide them to pre-Broadway and pre-off Broadway productions, as well as to national tour launches, that come to the Bay State.

The economic upsides of the bill, which would offer a tax credit of 35 percent on in-state labor and 25 percent on other production expenses, could be huge: Schwartz estimates that the average large-scale musical spends more than $6 million once it’s here. Sneak peeks also flood the city with tourism dollars: More than half of the nearly 52,000 tickets sold to Moulin Rouge, for example, were to out-of-state viewers, 91 percent of whom indicated in a survey that the show was the reason for their trip. “It’s real money. It’s real numbers,” says Schwartz, who expects stargazers will similarly show up for the celebrated return of Plaza Suite. What will check into the Colonial next? Only time—and maybe a few tax breaks—will tell.