It's time to face the music. The festival is off and will not be rescheduled this year, and ticket-holders will soon be offered refunds. 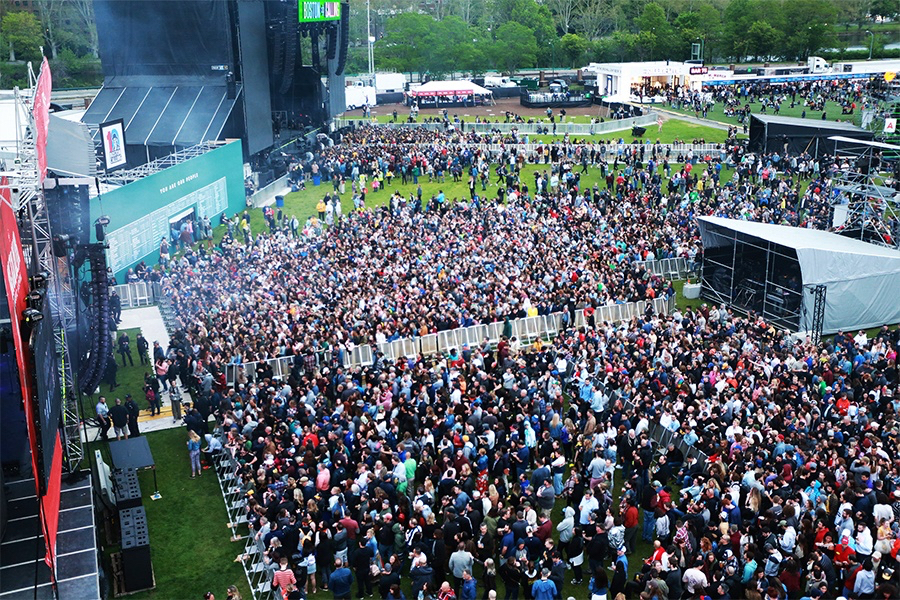 It was gonna be a hell of a show this year. But as the coronavirus pandemic continues to wipe out gatherings large and small across the country, the inevitable has happened: Boston Calling 2020 is canceled. It will not be rescheduled this year.

The city’s largest music event had been scheduled for May 22-24 at the Harvard Athletic Complex in Allston, and was supposed to feature headliners Foo Fighters, Red Hot Chili Peppers, and Rage Against the Machine. It’s way too soon to say whether any of those artists might return for the festival in 2021.

The announcement came early Tuesday afternoon. “After several weeks of consultation with local and state authorities, we have made the difficult decision to cancel Boston Calling 2020 due to the ongoing pandemic,” the festival said in a statement. “We are heartbroken; however, the health and safety of our audience, artists, partners, vendors, first responders, and staff are of the utmost importance to us, and we felt that this was the only acceptable way forward.”

It’s an update that most likely saw coming, as the concept of seeing a crowd of 40,000 squishing together and swaying to music in less than two months would be incomprehensible in this new era of social distancing. But the delay in coming has nevertheless left thousands of frustrated ticket-holders without the closure of a formal cancelation, not to mention any word about the status of purchased passes. Three-day tickets range from $399 for  general admission to $1,999 for the “premium” tier. The festival says ticket-holders will be contacted “in the coming weeks” about how to obtain a refund, and will also be given the option to roll their tickets over to next year’s festival.

Boston Calling was among the last of the nation’s major music festivals and large concert tours to call it quits for the foreseeable future. Coachella announced March 10 that it is rescheduling from April to October. Governor’s Ball in New York, and Firefly in Delaware, both scheduled for June, had already been called off entirely.

After several weeks of consultation with local and state authorities, we have made the difficult decision to cancel Boston Calling 2020 due to the ongoing pandemic. We are heartbroken; however, the health and safety of our audience, artists, partners, vendors, first responders, and staff are of the utmost importance to us, and we felt that this was the only acceptable way forward.

To our audience, whom we value dearly, we are so sad that we will not be together with you in May. We know information regarding your tickets is extremely important to you. As such, we will be reaching out to all ticket holders in the coming weeks with a detailed outline of options available. This includes obtaining a full refund or rolling tickets to next year’s event – about which we hope to have exciting news to share soon. We thank you for your patience; please stay tuned and we will be in touch with more information in the near future.

To our valued partners, vendors, restaurants, staff and artists, we wish you all the very best during these trying times, and we look forward to collaborating with you all again soon.