Dutch Rebelle, Ruby Rose Fox, and more all shared some songs to get you through the shutdown. 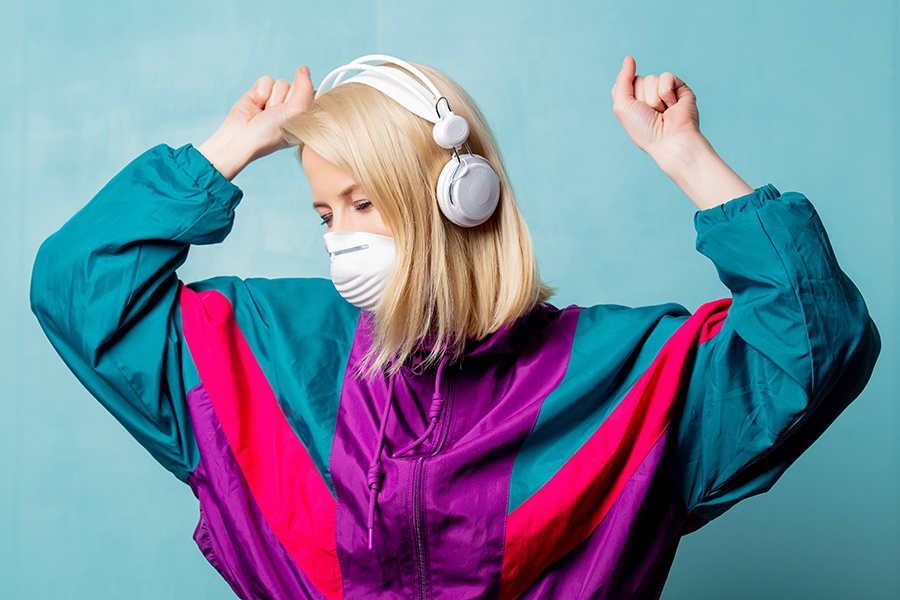 We’ve been living our new, sanitized, socially distanced, faced-masked lives for nearly two months now. You’ve stained all your favorite sweatshirts. The novelty of fun Zoom backgrounds wore off weeks ago. You’re crippled with debt in Animal Crossing. And most importantly, that cute “Quarantunes!” playlist you made back in March is officially staler than that loaf of just-okay sourdough you baked last week.

Well, while we can’t launder your loungewear or make virtual happy hours any less depressing, we can at least help you with that last part. We asked some of our favorite local artists what songs they’re using to boost their moods in quarantine, and pulled them all together into one somewhat-chaotic-but-fun Spotify playlist (minus the stuff that isn’t on Spotify, but we included links for those). Below, hear from these artists about what each song means to them, then get ready to press play.

The Radio Dept., “I Don’t Need Love, I’ve Got My Band”
“I love this band so much, and this song is a great testament to living a life passionately attached to music. Especially in the current climate, where playing shows isn’t exactly a foreseeable possibility—this song reminds me of all the amazing experiences music has given me throughout my life.” –Ryan Nicholson, drummer

The B-52s, “Dance This Mess Around”
“The B-52s are one of my favorite bands as of late, and I’ve been playing their self-titled album at work a lot. This isn’t the most upbeat song on the album but Cindy Wilson’s vocal delivery on this song always gets me hyped.” –Steven Instasi, guitar/vocals

Hall & Oates, “You Make My Dreams”
“I have it set as my alarm to wake me up every morning at 5:45 a.m. The synth and bass in the intro wakes me up in a good mood and gets me ready to go work at a hospital during all this.” –Ben Semeta, bass

Major Lazer, “Get Free (ft. Amber Coffman)”
“An addictive hook that gets straight to the point and the beat is a vibe. Great cooking/cleaning vibes!”

Nicki Minaj, “Yikes”
“I can’t seem to get to halfway through without having my own live performance of it. The beat and the bars are mean. It’s a great energy boost.”

Afro B, “Je T’aime (Kizomba)”
“I’m a sucker for gritty love songs. The song was a dope surprise from the ‘Joana (Drogba)’ singer since Kizomba is hard to ‘cross-over’ into, but this clearly DOES this! Song is fire.”

Blaze Foley, “Big Cheeseburgers & Good French Fries”
“I love playing along to this song to cheer myself up.”

Dua Lipa, “Good In Bed”
“This whole album is completely perfect and never fails to make me bounce around the apartment, but this song in particular makes me dance in the kitchen.”

NNAMDI, “Everyone I Loved”
“This song is on his album BRAT that just came out and has been super inspiring. It’s such a blessing to be inspired at all right now, so I’m so grateful to this album for kickin’ me in the ass.”

James Brown, “Get Up Offa That Thing”

“Legend has it, George Clinton told Eddie Hazel [of Funkadelic] to play like he was told his mother was dead, only to learn she was still alive. I think that’s the kind of dissonance that ensues after great fear. Once you’re done with grief that may or may not belong to you, that is speculative or approaching, you gotta get up. You got to do it with your whole self, yo. Even when it’s hard. Lastly, you gotta remember you come from a persistent people and it’s all going to be Alright.”

Charlotte Day Wilson, “Work”
“I used to think this song was about whoever I was struggling with romantically, but this song is about ME. It takes work to love yourself and grow.”

Angele, “Balance Ton Quoi”
“If I want to feel super sexy… I listen to French pop. Be careful, though, because your twinkling eyes will attract the whole neighborhood!”

Al Green, “Belle”
“You do NOT get more feel good than Al Green. I feel like some 1970s flower queen when I hear this song.”

Ryan Walsh (of Hallelujah the Hills)

“In the early ’70s, this Italian performer tried to write a song that sounded like an American rock song. The lyrics are complete gibberish, though, and yet, this is an incredible song. I am a lyrics obsessive, but this track proves how much is communicated by music and feel alone. It’s nice to be reminded that ‘alright!’ is sometimes all you need and want to communicate.”

Dennis Linde, “Hello, I Am Your Heart”

“One of my favorite things about writing a book with so many different stories in it is that people now send me things they find related to all those interests or musicians. Someone messaged me this song the other night, noting it was a 1973 attempt to cash-in on Van Morrison’s sound. That might be true, but it’s also an ass-kicker on its own. That fuzzed out guitar riff and huge percussion accents are just killer. This guy is apparently, mostly, a shy songwriter who doesn’t do interviews or photos. I guess he tried to write a song starting with every letter of the alphabet. That kind of ridiculous idea is near and dear to my heart.”

Esther Phillips, “Am I That Easy to Forget”

“Just the title of this song breaks my heart. What a thing to even consider. My god. Anyways, I love a lot of the Internet radio shows that have popped up in quarantine times. Author Joe Hagan has been doing one where he spins records and talks about them. Boy, it’s terrific. He introduced me to this song a few weeks ago.”

Mary Lattimore, “We Wave From Our Boats”

“Harpist Mary Lattimore wrote and released this song to benefit COVID relief efforts in Los Angeles in March. It is so wonderful, soothing, and beautiful. This song calms me down, forces me to adopt a different perspective immediately upon hearing it. I was thinking of making a short film set to this song, with kind of a poem spoken on top of it. I haven’t asked Mary yet. Whaddya think, Mary?”

“This is a rare instance where I heard the live version before the studio take of an older song. This song is already so good and then the vocals wrap-up and this gorgeous mini-guitar symphony unfolds. Guess what happens on the album version? It fades out before all that happens. Why? I don’t know, but I was deeply offended. Hey Television, I need to speak to the manager, please!”