You Can Now Visit Provincetown (from Home!) by Streaming a New TV Show 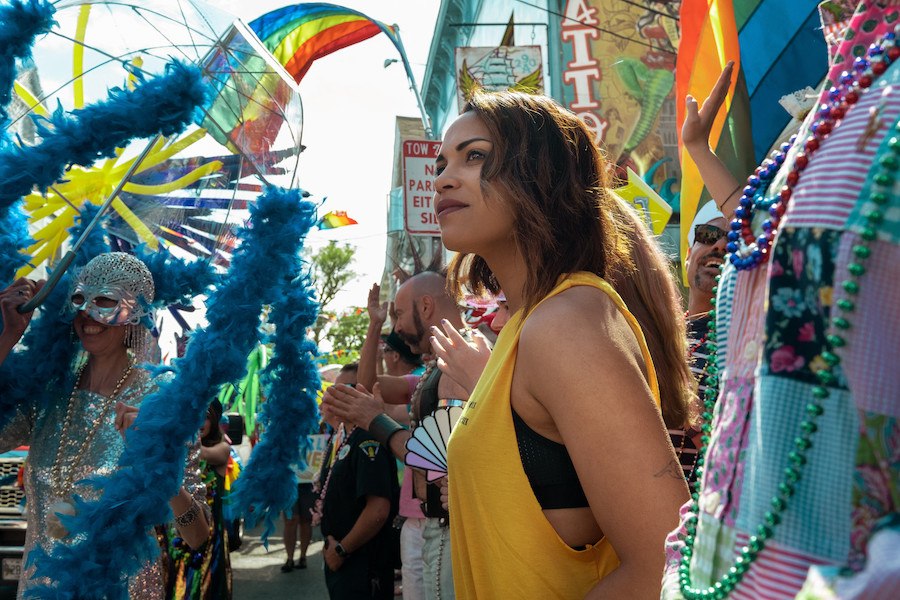 Hightown, a new scripted TV series set in Provincetown, dives into the darker side of the rainbow flag-filled Cape Cod paradise. / Photo provided

It’s May, in case you’ve completely lost track. In another timeline, right about now, the annual droves would be starting to slowly descend on Provincetown, that storied slice of paradise at the tip of Cape Cod. In fact, I’d originally been planning to take my parents on their maiden voyage to P-Town this weekend, which would have been early enough to introduce them to traditions like afternoon tea dances overlooking the ocean, but still preempt the peak season for ass-less leather chaps. (There’s some sightseeing we just don’t need to share with mom and dad.)

Alas, our Airbnb reservation has been canceled, and it remains unclear when it’ll be appropriate to reschedule that first 2020 trip to the land of milk, honey, and drag cabaret. But if you’re feeling similarly starved for a trip to the Cape, make note: You can now take a (free!) jaunt via Hightown, a new Provincetown-set series on the Starz network. The show, which even recreated the annual, famously flamboyant carnival when it filmed there last year, officially premiers on Sunday, May 17—but the first episode is already being offered for your sneak-preview enjoyment online, regardless of whether the channel is included in your cable package.

So, what’s it about? Glad you asked: Hightown centers on Jackie (played by Monica Raymund), a hard-partying fisheries agent who really, really likes her booze, her ladies, and dropping her “r” consonants to remind you, lest there be any remaining doubt, that she is from Massachusetts, kehd. Jackie discovers a dead body on the beach in Provincetown, and her investigation pulls her into a seedy underbelly of Outer Cape crime and drugs. High tension and subplots ensue. Check out a three-minute teaser below:

Admittedly, a gritty-sounding scripted drama is not exactly a replacement for reveling in the bright and happy side of Provincetown, but let’s be honest: We Bay Staters love any opportunity to shout and point out Places We Know when watching Hollywood’s takes on our various local treasures. (How many times have you heard someone squeal, “that’s right around the corner from my old apartment” when watching Ted or The Departed?)

All this remains to be seen. But Hightown is at least largely informed by a local’s perspective: It’s the creation of executive producer Rebecca Cutter, who grew up in Cambridge. So our hopes remain, well, high—for now. Just don’t let us down, Starz, or you’ll never get a planter’s punch in P-Town again.

Head here to check out the premiere episode of Hightown on Starz.