Q&A: Candace McDuffie on 50 Rappers Who Changed the World

The Boston-based music journalist has a new book out exploring the history and influence of hip hop. 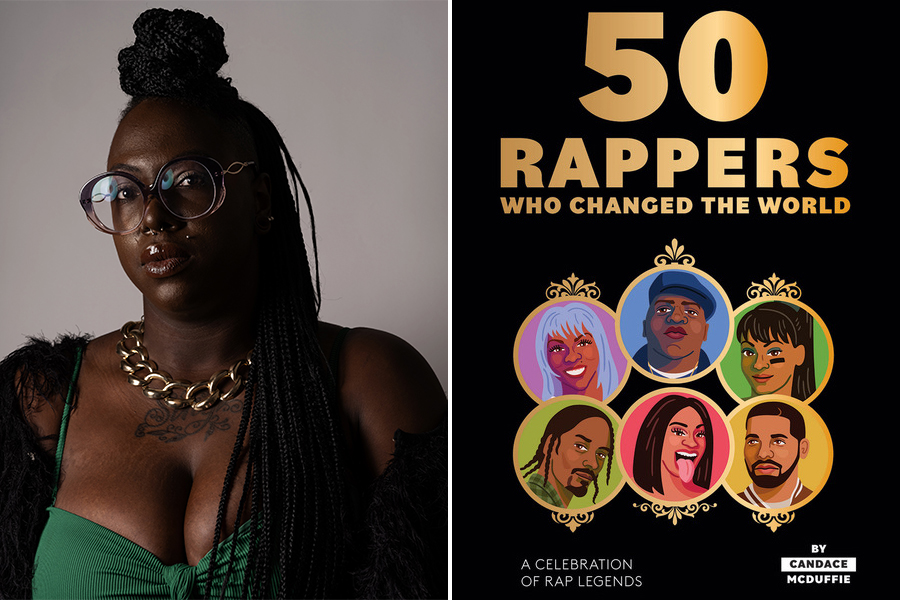 If you’ve read much about Boston’s thriving hip hop scene, there’s a good chance you’ve read a story by Candace McDuffie. The Brighton-based journalist (and Boston contributor) has built quite an oeuvre covering rap both locally and nationally, for publications as varied as Vibe, Consequence of Sound, Teen Vogue, and more. So the next step, naturally, was a book distilling some of her expertise. 50 Rappers Who Changed the World is out October 27, and offers a well-rounded list of just that. Consequence of Sound called it a “treasure trove for young hip-hop fans” who can use it “as a springboard to both discovering older acts and learning the influences of their own favorite contemporary rappers.” You can hear more about McDuffie’s work at WBUR’s launch event for the book on Oct. 27  at 7 p.m., but in the meantime, we caught up with her to talk about how to sum up Kanye, what it’s like to write about hip hop in a city full of talented rappers, and more.

I think it’s a great way to talk about the importance of Black culture, from style to vernacular to slang, to inspiring other types of music and other artists. Even advertising and marketing—hip hop has done so much.

Each of the write-ups is pretty brief. How hard is it to write a short summary about someone like Kanye, for instance?

It’s so difficult. Because there’s so much that happened in that career. It was hard for Kanye, it was hard for Jay Z. They had to make me cut Lil Kim’s right up, because I had so much to say about it. In the beginning, it was really tough. There’s so much to say. They have accomplished so much. They’re known in pop culture for so many things. It was hard. But I think having an editor to kind of trim the fat, so to speak, made it a lot easier. Because there is so much you can talk about, so many directions you can go in, so many things you can mention, so many songs they did, so many records they’ve broken. So it was helpful to have someone over my shoulder watching me and helping me do it.

Who’s someone on the list who just doesn’t get their due for being really influential?

I think Nate Dogg was it for me. We talk about rap, we talk about hip hop, we talk about the greatest emcees, no one talks about Nate Dogg. It’s, “oh, it’s Pac” or “it’s Biggie”—they talk about a lot of other rappers. They don’t talk about Nate Dogg’s influence in rap and how his voice is so distinct, how many rappers have him on their tracks, kind of like a musical rite of passage. He was literally everywhere in hip hop before he passed away. It was really cool to be able to put him in the book. Because he’s not someone you can nestle in the genre, because he’s not a rapper, but his singing is like rap.

How does living in a city with such a vibrant rap scene influence you as a writer?

I think it gives me a fresh perspective on things. I think it’s amazing that I can go to a friend who’s an artist in the city and talk to them about my artistic process and they give me their thoughts on it, because they are also someone who’s making art in the city. It’s a beautiful thing to have. And they’re incredibly talented. They inspire me so much. Often, they are really humble. A lot of artists I’ve covered who I’ve interviewed, or done a live review of, or reviewed their album, they’re so humble, and so about their art, you know? They’re about their creative output. They want to make sure it’s high quality. They’re all in with it. And that’s amazing to me, as a writer, to see that.