Rev up your Zoom login for a moderated discussion of the film The Outpost, and the impact of cannabis access on veterans' lives. 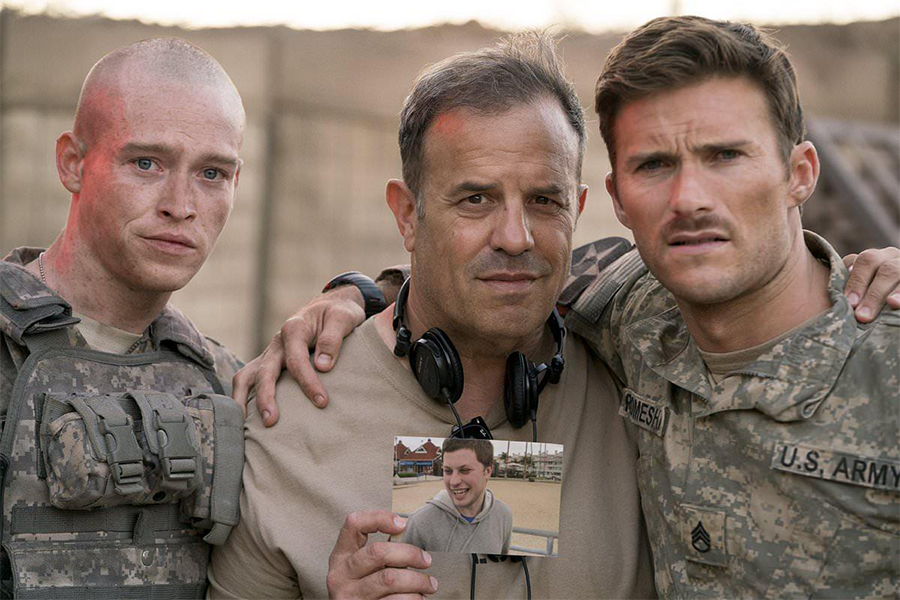 Director Rod Lurie and star Scott Eastwood on the set of The Outlook. Image via Screen Media Films

The Outpost was one of the first (and ultimately one of the only) movies released in theaters this year, chronicling the true story of 53 soldiers and their faceoff against the Taliban during the Battle of Kamdesh, which was one of the bloodiest battles of the war in Afghanistan. Since its release, the movie, which was based on journalist Jake Tapper’s book of the same name, has received ample praise for its realistic multidimensional portrayal of war, and the way it avoided action movie tropes. On Thursday at 7 p.m., director Rod Lurie and screenwriters Paul Tamasy and Eric Johnson will be taking part in an online discussion of the film and to raise awareness of the Veterans Cannabis Project, which seeks to improve access to medical marijuana for veterans.

They’ll be joined by board members from the nonprofit, as well as the CEO of Mass.-based cannabis company Curaleaf, Joe Lusardi. The event is free and streamable, and will be moderated by journalist and Boston contributor Casey Sherman, who knows a little something about movie adaptations of journalist work—his books The Finest Hours and Boston Strong both became films.

The filmmakers had a very strong commitment to portraying the soldiers profiled in the film accurately, which was why director Lurie got involved in the project, as he’s a vet and a 1984 graduate of West Point. And that accuracy extended in front of the camera as well—the movie not only starred big name actors like Orlando Bloom and Scott Eastwood, but also real-life soldiers.

Curaleaf has a longstanding commitment to veterans’ causes—they’ve donated $50,000 in 2020 alone, and they’re also fundraising for the Mass Fallen Heroes project, which works to memorialize soldiers from the state who didn’t return from duty and provide support to their families.

“Our combat veterans deserve to be supported when they return home from the battlefield,” said Tamasy in a press release. “Our film is authentic. It is the real deal, and an immersive accounting of the sacrifice these military heroes make to protect our freedom.”

7 p.m., Thursday, Dec. 10. The film is available on Netflix now, and organizers encourage attendees to view it before the event if they haven’t seen it yet. To attend, pre-register here. To learn more about the Veterans Cannabis Project, visit vetscp.org.