How Did Boston’s Black Nativity Production Come to Be?

Now in its 50th year, the production is the longest-running of its kind. 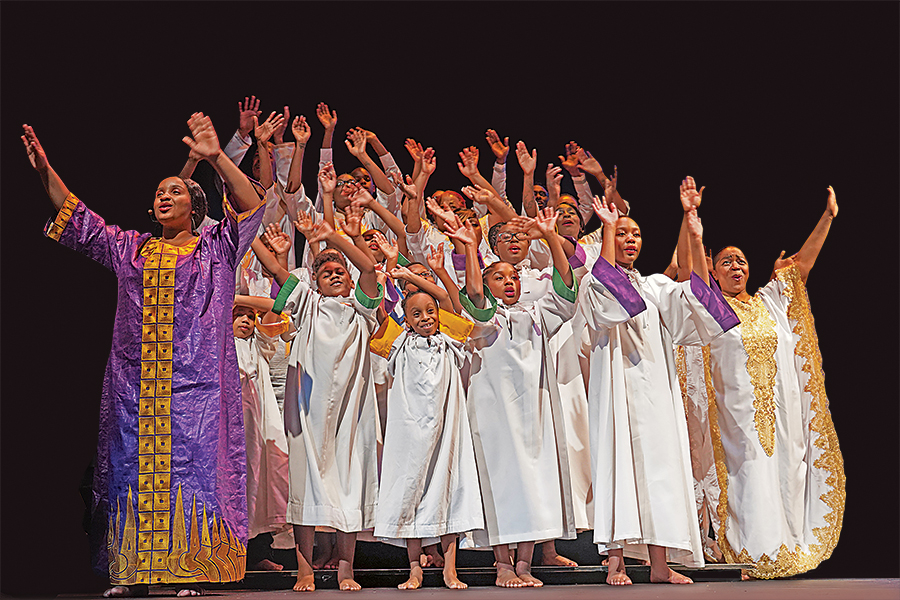 I read that Boston has the longest-running production of Black Nativity, and that this is the 50th year. Can you tell me more about how this came to be and what it means to the community? —J.N., Woburn

Thank you so much for this question, J.N., as it gives me the opportunity to delve into a piece of  Boston’s cultural legacy that deserves more attention. For those who have never seen it, this show was conceived by the legendary poet Langston Hughes, who told the story of the birth of Jesus with an all-Black cast through a deft weaving of narration, dance, and traditional songs like “Go Tell It on the Mountain.” Black Nativity premiered Off-Broadway in 1961 as a way to give Black people their own holiday tradition at a time when The Nutcracker and Charles Dickens’s A Christmas Carol were as white as yuletide snow. Then in 1970, Hughes’s friend John Ross, the music director at the Elma Lewis School of  Fine Arts, brought it to Roxbury.

From there, Black Nativity has returned year after year, most recently at ArtsEmerson’s Paramount Center. Generations of  Black Bostonians have performed in it and passed on the tradition. For example, the first infant to play baby Jesus, Ron Collier, is now in charge of stage management and has put his children through the show. The continuity and history have been crucial, says music teacher Betty Hillmon, who as registrar manages the kids in the production: “It’s hard being in a Black community where you didn’t have access to other activities that were shining—I mean, we’ve had Symphony Hall for over 100 years—but we weren’t in them. What Black Nativity has done for children and adults is give them a feeling of pride, and it keeps them united.”

Though COVID-19 has canceled live performances on such an important anniversary, the National Center of Afro-American Artists (NCAAA) is working with ArtsEmerson on a streamable video production, opening December 12 and streaming through December 23, that will feature current and historical footage of the show. “We couldn’t imagine a season without the presence of Black Nativity,” says NCAAA executive director Edmund Barry Gaither. “We see it as a gift from the Boston Black community to the men and women of goodwill who choose to place hope in the foreground of our lives.” And in a time when hope can seem hard to come by, perhaps we can give back to Black Nativity by supporting it and keeping the tradition alive.