Am I the Only One Who Still Knows What GBH’s Zoom Was? 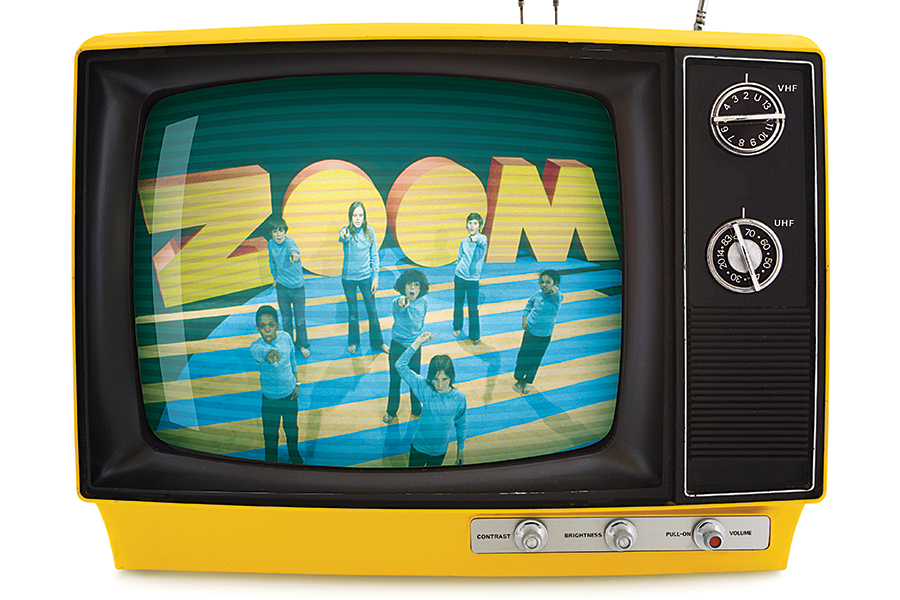 Photo via Getty Images/Subjug (TV) and courtesy of GBH (Zoom)

When I was on a Zoom call with my younger coworkers recently, I made a joke about the old GBH children’s show by the same name…and got crickets. Am I the only one who still knows what this is? –J.T., Dorchester

Let me assure you, J.T., that you are hardly the only one who uses Zoom the videoconferencing app and also remembers Zoom the totally awesome 1970s public-television show produced in Boston. Indeed, Zoom has gotten more nostalgic press coverage than ever in the past year thanks to its timely name. I was a kid when it first aired, and my big sister and I couldn’t wait until the show came on, with its black set highlighted by the massive orange Zoom logo and the super-groovy theme song, performed by awkwardly frugging kids: “Come on and zoom zoom zooma ZOOM!” So when your question came across my middle-aged transom, I took a poll of my younger coworkers during our daily Zoom staff meeting. Though no one else had seen the show, a few said they’d heard of it…so there’s hope that we’re not fossils yet!

I explained to my colleagues that it’s a generational thing, as the original program aired from 1972 to 1978. (There was a reboot decades later in the early aughts.) To be honest, I had forgotten how much I loved the show—which aired nationally but featured a diverse bunch of Boston-area kids—until I dropped down the rabbit hole of vintage Zoom clips on YouTube. Its sheer guilelessness may be dated compared to today’s slickly packaged programming, but it was refreshing to see cast members acting out sketches on simple sets, taking viewer mail from the Zoom Barrel, speaking in the pretend language Ubbi Dubbi, and just playing around on set unscripted.

The poignant thing about time passing is that back then I wanted to be one of those kids, but now as an adult, I just hope my own children can find that trademark carefree fun each day. And maybe grow up to be like some of the Zoom cast members who have gone on to do remarkable things, such as Leon Mobley, a percussion star who has played with Nas and Ben Harper. Or Donna Moore, both a playwright and a software company CEO. And then there’s Bernadette Yao, famous for her helicopter arm-swinging trick—which I still can’t do. She’s now a Lincoln-based meditation music composer and energy sound healer. If you need help finding your inner calm during this time of chaos, you can make an appointment with her on (you guessed it) Zoom.