A guide to the day all COVID restrictions expire in the city. 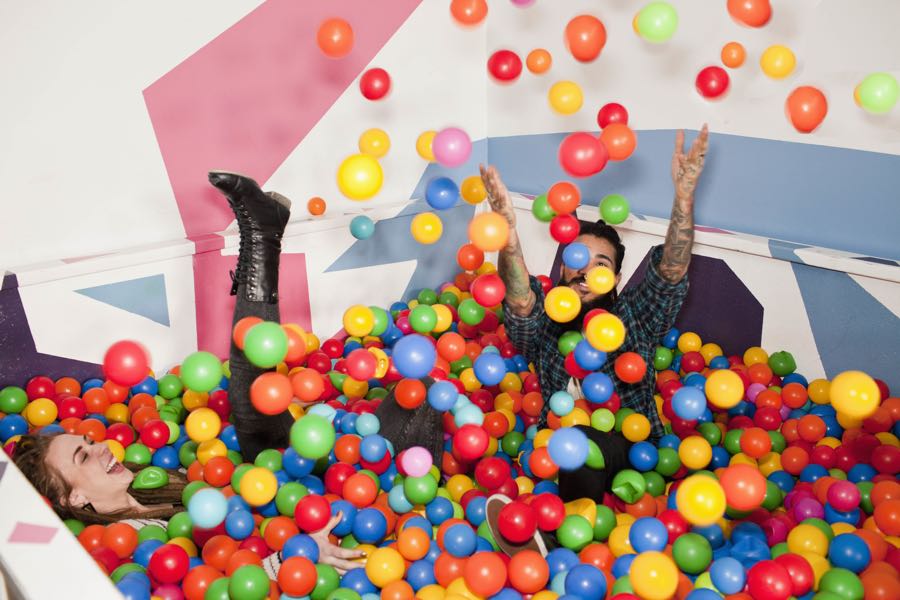 What will you do with your first day in post-COVID-restriction Boston? On May 29, the last of the city’s pandemic-era rules will expire, and all the fun stuff that had been closed during quarantine will be returned to its former glory. Here are some ideas to get the party started.

Just a few short weeks ago, we were steeling ourselves to wait until August for this day to come. But now, whether you’ve fully processed it or not, everything is slated to come back in just over a week’s time, per Gov. Baker’s plans (Acting Mayor Kim Janey says she will follow suit). Bars, concerts, parades…ball pits! They’re all back on the menu. And on the first day of Memorial Day Weekend, no less.

There are some caveats, of course. Businesses may opt to set their own rules, and may not yet open their doors to full capacity for the unmasked masses—or at all. Simon Property Group, which runs more than a dozen malls in the state, has said it will require masks past the 29th. The Brattle Theatre said it would hold off on reopening to the general public until July. Given how abrupt the announcement of the new reopening date was, many of the city’s attractions say they may not have time to hire back needed staff. And if you yourself are not yet vaccinated, you ought to be more careful than your fully-vaxed peers for the foreseeable future. If you and your fresh antibodies are in a celebratory mood, however, here are some ideas for how to make the most of Boston’s first restriction-free day.

Go see the Sox at a Packed Fenway Park 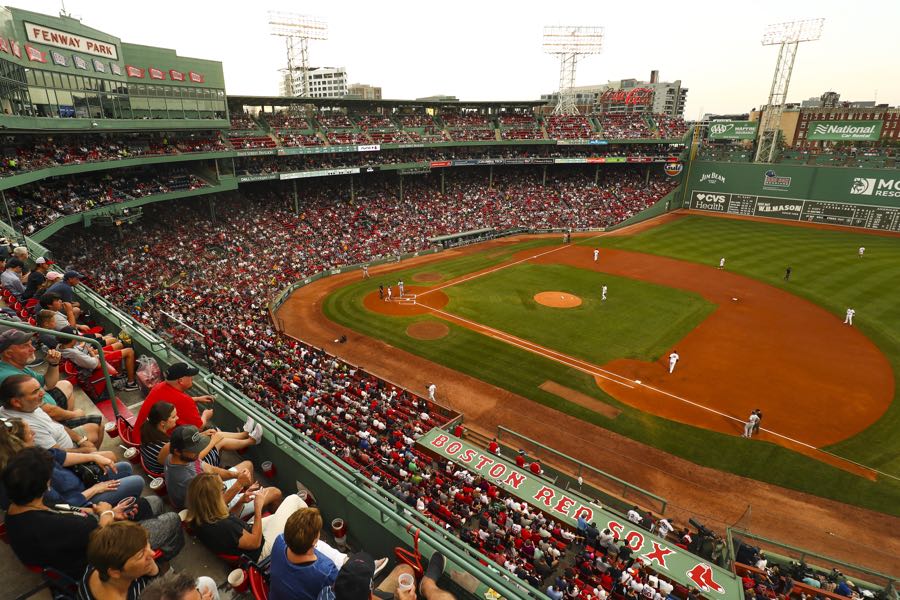 BOSTON, MA – AUGUST 06: A general view during a game between the Boston Red Sox and the Kansas City Royals at Fenway Park on August 6, 2019 in Boston, Massachusetts. (Photo by Adam Glanzman/Getty Images)

Remember this? Seeing the Red Sox surrounded by thousands of hooting fans, packed shoulder-to-shoulder in the bleachers? It’s back. Massachusetts arenas have spent the year tip-toeing back into live sports, with capacity limits set at 12, then 25 percent. But on May 29, large venues like Fenway Park, Gillette Stadium, and TD Garden can once again welcome back fans to every seat in the house. Fenway has already made clear that vaccinated fans are free to go mask-less for the big return. (Do us a favor, though. If you’re heading there on the Green Line, remember to keep your mask on, as face coverings are still required on public transit.)

The Sox play the Marlins on Saturday and Sunday, the 29th and 30th, at Fenway.

Making plans that involve live entertainment in Boston has been sort of a leap of faith this year, with lots to consider before buying a ticket to a show. Given the abrupt nature of the state’s reopening announcement, the city’s lineup of concerts hasn’t picked up steam just yet, and most dates have been pushed back to a little later this year. But you can in fact catch a drag brunch at the House of Blues on the morning of the 29th if you’re so inclined. As for all the other concerts, keep an eye on the listings as the calendar fills out. City Winery has a pretty jam-packed lineup, the Pavilion’s first show for right now is set for July 30, and the Fenway concert series kicks off with Guns ‘n Roses on August 3.

Go for a pub crawl

Boston bars have also felt decidedly different this past year. State rules required that they seat patrons for food service, robbing us of the experience of dropping in for a quick beer or two, or of going barhopping with some pals. It has also produced some strange experiences we’ll remember forever, like when the Tam added a single (and I’m sure very delicious) turkey sandwich to its “menu” in order to get the green-light to open, or the time this reporter stopped by a bar that shall remain nameless, and ordered a beer that for compliance purposes came with the saddest, shittiest hot dog the city has ever seen. Those days will be behind us in just one short week. So why not kick it off by following Boston magazine’s beer bar pub crawl from 2015, which still holds up—and, thankfully, all the bars listed on it survived the pandemic and are still open.

Hit a brewery or beer garden

Speaking of beers, the pandemic didn’t do nearly as much damage to the Massachusetts craft brewing scene as many had feared. In fact, according to Mass Brew Bros, the state added breweries to its roster in 2020. Still, brewers have not had an easy go of it, particularly smaller ones that prior to COVID had focused on pouring beers, not feeding diners. Many stayed compliant with the new rules requiring that patrons be served food with their drinks by collaborating with local food trucks, and while beers and food-truck fare are often a winning combination, sometimes all you want is to sip a couple pale ales in the sun, or maybe crowd around a picnic table with a big group of friends. Soon, with restrictions lifted, you’ll be free to act as you please, and breweries can focus on doing what they do best.

Beer gardens, too, are back on tap, without any pesky food service or seated-drinking-only requirements. What better way to ring in May 29 than at the brand-new Jack’s Abby beer garden set to debut in East Boston on that very date. Or you can drop in at the Trillium beer garden on the Greenway, which opens for the season on May 20 under the current guidelines until May 29, at which point those rules disappear. Also, look for the third location of Night Shift’s Owl’s Nest beer gardens debuting at Assembly Row this summer. The Esplanade location is open now, and the location in Allston opens on May 22nd. For further tips, consult our handy ultimate beer garden guide.

Go clubbing… or get a job at a nightclub

Technically speaking, night life is set to resume May 29. But you can’t run a nightclub without staff, and staffing appears to be an issue for the city’s clubs right now. Randy Greenstein of Big Night Entertainment Group told WBZ this week that his team is hiring as quickly as it can, but there’s a chance we may have to wait a little while before clubs like The Grand and Big Night Live actually open. As for the Royale, which has also launched a recruitment effort, a hopeful message has popped up on the famed Boston nightclub’s website: “We are back and ready to make this kickoff one for the books. The party begins again on Saturday May 29th!!”

We are #NowHiring security for all of our Boston venues! Join us at our Boston job fair this Thursday, May 20 at The Grand and schedule your onsite interview by emailing jobs@bignight.com #BigNight #securityjobs pic.twitter.com/SQYffbBBGP

Go for a steam 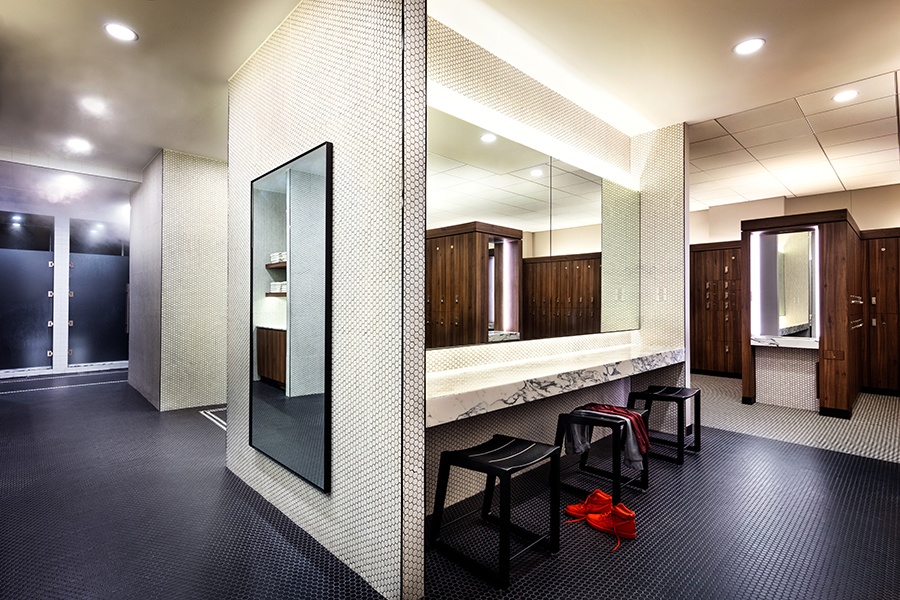 Boston fitness centers have been open at reduced capacity for some time now, but many of the perks that come with gym membership have been kept on ice since early 2020, among them steam rooms, hot tubs, and spas. As of the 29th, the heat is back on. So in case you wanted another incentive to get back to the old workout routine, here’s our guide to gyms with spa perks, like Equinox’s eucalyptus steam room, to get you started. Or for those looking for a luxurious shvitz a la carte, here’s our guide to Boston day spas.

Get the full salon barbershop experience

Salons and barbershops were hit hard this year. While they were allowed to reopen last spring, they had to contend with changes in their clients’ habits as work-from-home employees felt a bit less pressure to keep their ‘dos pristine, and a bit more freedom to let the pandemic locks grow. But with the return to normalcy, perhaps Bostonians will be feeling compelled to get back in the stylist’s chair en masse. For the newly hair-conscious, Boston fav Salon Eva Michelle awaits. For the fellas, consider stopping by Boston magazine favorites Tweed Barbers of Boston in the South End for a mask-less shampoo, cut, and—best of all—old-fashioned hot shave. You’re vaccinated, so why not reap the rewards?

Jump in a ball pit

Much has been made of the state’s odd choice to keep us posted on the status of ball pits throughout each phase of its reopening. But it may surprise you to know that there are plenty of the plastic-orb-filled pools around for your diving pleasure, catering to adults and children alike. As the Boston Globe reported this year, there are quite a few stakeholders in the ball pit community, who no doubt are thrilled that the ball pit ban is about to expire. Swing by the Urban Air Adventure Park in Bellingham’s indoor obstacle course, wherein feats of strength are attempted atop thousands of translucent orbs. Maybe the experience sounds a bit germy for your taste, and that’s fine. But perhaps just the knowledge that you could get neck deep in a ball pit if you so chose is a welcome sign that life as we knew it is returning. What a beautiful thing that is.