How to Honor Juneteenth in Boston This Weekend 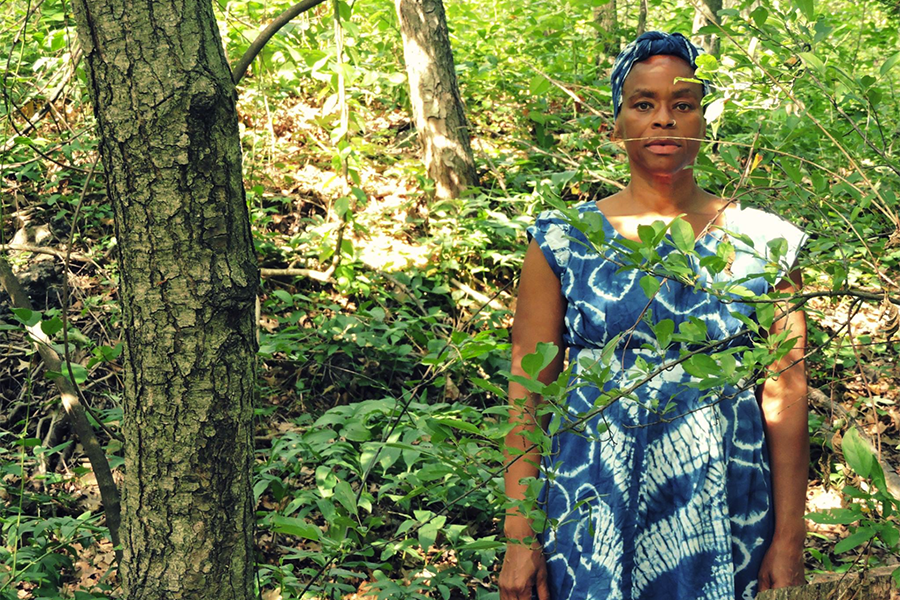 Each year, Juneteenth commemorates the end of Black slavery in the United States—specifically, on the anniversary of June 19, 1865. Although Abraham Lincoln signed the Emancipation Proclamation abolishing slavery in 1863, the news was suppressed in Galveston, Texas, where enslaved peoples weren’t freed until 1865, thus marking the official end to this form of slavery in America. (Massachusetts was one of the earlier slates to abolish slavery, and did it by judicial decree in 1783.) For over 150 years, the anniversary of Black slaves’ emancipation has been celebrated on June 19 with food, music, dancing, art, and education.

For Black Americans, Juneteenth is a day of culture, history, and community, honoring the resilience, legacy, and freedoms of their ancestors. Last July, Gov. Charlie Baker signed legislation declaring Juneteenth an official state holiday. This year is the first time it will be celebrated as such, and legislation recognizing it nationally is underway. Organizations around Boston are observing Juneteenth throughout the weekend, with everything from pop-up markets to film screenings, virtual talks, dance parties, and more.

On Saturday, June 19, Freedom Fête’s virtual dance party will explore musical innovation as part of the Black legacy. DJs from around the world are sharing music that celebrates the beauty and contributions of the African Diaspora—and keeps attendees dancing all day long. The event is a fundraiser for three organizations: Boston Ujima Project, For the Gworls, and Activation Residency, which all work to empower Brown and Black womxn and trans people in Boston, New York, and beyond.

In collaboration with Black Owned Bos. (a platform amplifying and supporting Black-owned businesses), Somerville’s Bow Market is celebrating Juneteenth with a showcase of Black art and culture. From 11 a.m. to 5 p.m., shop from a retail bazaar featuring a variety of local businesses. Then, stick around for a night of activations from other Bow Market vendors, including a “Spin Party” featuring vinyl and book deals and novel, story, and poetry readings.

Hosted by the New Democracy Coalition in collaboration with the City of Boston, Juneteenth Boston celebrates Black history, democracy, and freedom. A three-hour event in Copley Plaza on June 19—complete with guest speakers and spoken word—will work to solidify Juneteenth celebrations as an annual Boston tradition from this year on. And when the speakers at Copley are done, the festivities move to Carson Beach in South Boston for an “after event” with free music, food, and more. 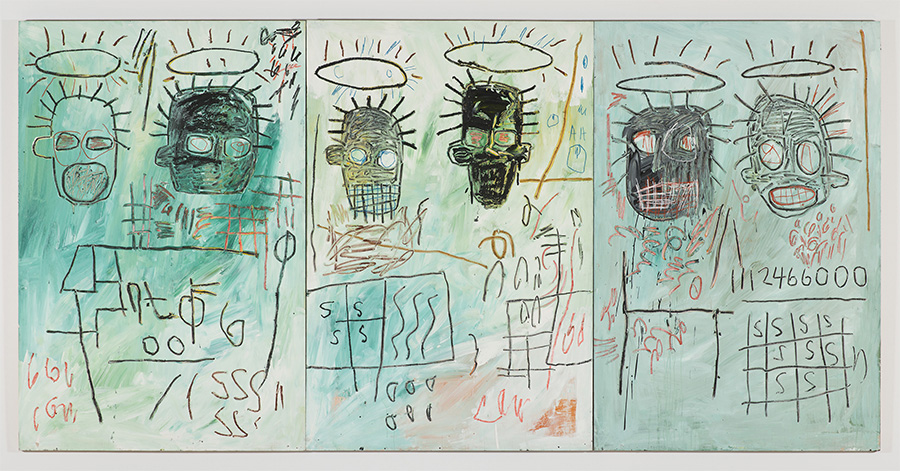 The Museum of Fine Arts’ free community celebration on Juneteenth acknowledges the contributions of Black artists and voices in the city of Boston. On Saturday, June 19, the MFA campus will be busy with guided art-making in the morning, Spotlight Talks focused on MFA artist-in-residence Rob Stull all afternoon, and concert performances and a film screening at night. Admission to the museum is free all day, so make sure to check out the special exhibit “Writing the Future: Basquiat and the Hip-Hop Generation,” featuring works by Jean-Michel Basquiat and his peers.

“Juneteenth: Opera in the Key of Freedom” Virtual Performance

The North End Music and Performing Arts Center will honor Juneteenth (and NEMPAC’s own 10-year anniversary) with a virtual performance that includes music from a variety of Black composers performed by the leading Black musicians in the Boston area. A livestream of the performance—which was recorded at the African Meeting House on Boston’s Black Heritage Trail—is free for all to watch on June 19. 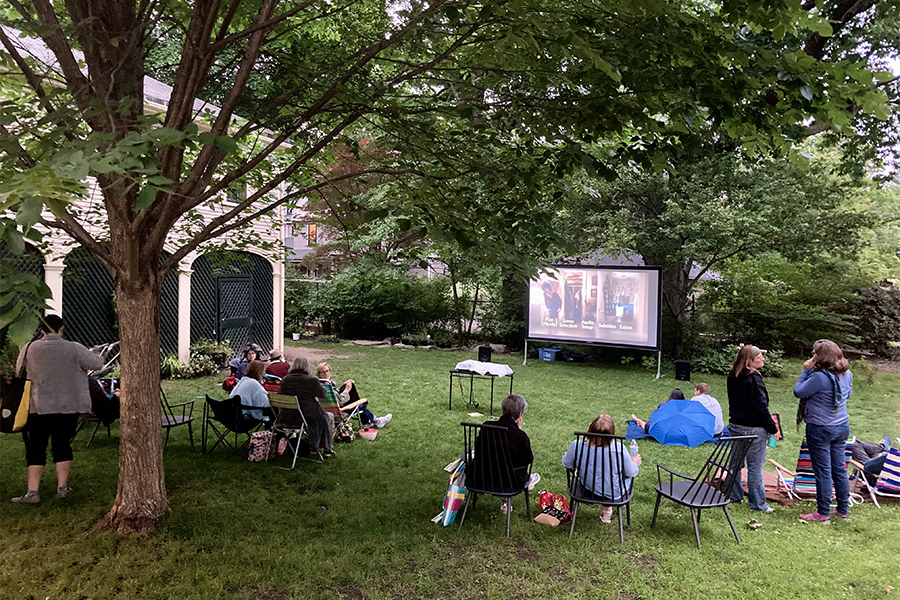 The historic Loring Greenough House has served as a hub for cultural, educational, and community activities in Jamaica Plain since 2008—and this year is no different. Every Friday night this summer, the organization is screening an outdoor movie on the house’s expansive front lawn. In honor of Juneteenth, LGH will show a 2020 Sundance Film Festival hit, Miss Juneteenth, a drama about a single mom and former pageant queen who enters her daughter into a local Miss Juneteenth pageant. Reserve your ticket (with proceeds benefiting LGH), and on Friday, June 18, settle into a comfortable, grassy spot to enjoy the film.

One Night in Boston

Presented by the Roxbury Cultural District and King Boston (a Boston-based non-profit named after Dr. Martin Luther King, Jr. and Coretta Scott King, who met in Boston), One Night in Boston kicks off a weekend of Juneteenth-centered events. On Friday, June 18, Roxbury’s Nubian Square will come alive with musical performances, a film premiere, and more. The night celebrates Black Music Month and will work to establish Juneteenth as America’s original Independence Day—all while setting the stage for talks, panels, virtual dance parties, and more throughout the weekend.

On Juneteenth: Annette Gordon-Reed in Conversation with Elizabeth Cobbs

Sponsored by King Boston, the Boston Athanæum is hosting a conversation between historian Elizabeth Cobb and author Annette Gordon-Reed to discuss her book “One Juneteenth.” The book—which is part family chronicle (Gordon-Reed herself is the descendant of enslaved peoples), part memoir, and part history—explores the origins of Juneteenth and its legacies. The event will take place virtually, leading into the holiday weekend on Thursday, June 17.

The Black Matters, a Boston-based apparel and accessories brand focused on starting conversations about race, wellness, and healing, is hosting its first public event in honor of Juneteenth. In Cambridge’s public Starlight Square lot on Saturday night, the free community celebration will offer live music from Cambridge artists, poetry, dancing, and more.

The Launch: Pop-up Shop and After Party

The Hive, a collection of innovative retail and office buildings in Downtown Crossing, will transform the Seaport’s District Hall into a pop-up shop featuring over a dozen vendors (as well as food and drink, of course). In the morning, head to the venue to network and shop from local Black-owned businesses. Then stick around for the after party, which starts at 8 pm and boasts four guest DJs.

This experimental short film, with a script by Letta Neely adapted from Ifé Franklin’s book of the same name, follows an enslaved woman named Willie Mae on her journey to freedom (plus, it was shot at the Royall House and Slave Quarters in Medford). On June 19, a screening of the film will be part of a day-long Juneteenth celebration at Black Market in Roxbury’s Nubian Square. Preceded by a poetry reading, invocation of ancestors, miniature slave cabin building workshop, and more, the film will be the culmination of the all-day affair.

A special edition of Boston While Black’s Unfiltered conversation series will commemorate Juneteenth with a discussion of Black liberation and freedom in collaboration with the Race Recovery Project. The virtual conversation’s panelists will discuss what freedom looks like in the current moment, and how communities can approach liberation through economic, political, and psychological lenses.