The Best Events, Shows, and Things to Do in Boston All Fall

From concerts and musicals to drag competitions, live events are back in Boston—and you’re not going to want to miss out. 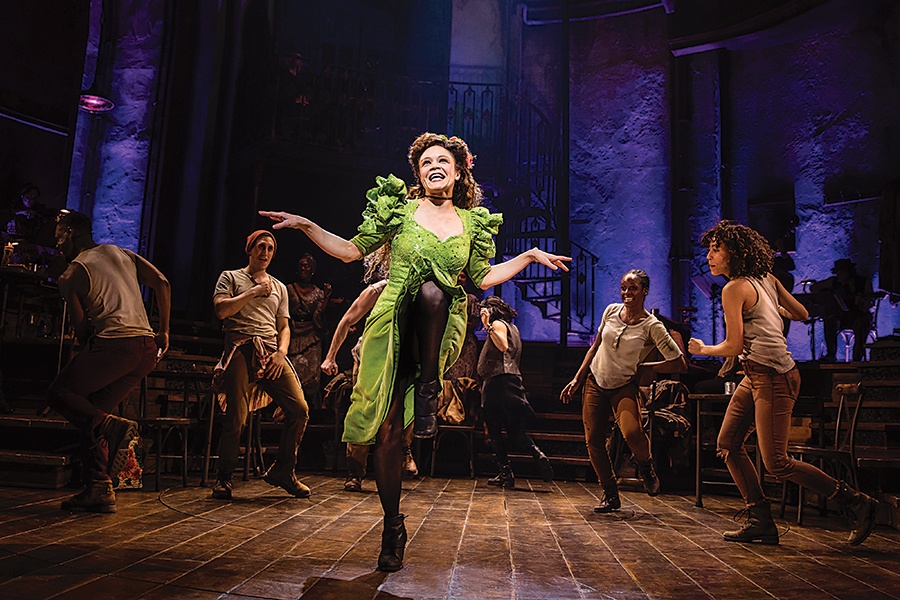 The Tony-winning musical Hadestown comes to the Boston Opera House this November. / Photo by Matthew Murphy

Attend an art-world reunion centuries in the making.

Besides that empty wall space where a stolen Rembrandt once hung, Renaissance painter Titian’s The Rape of Europa is the single most famous piece to see at Boston’s Isabella Stewart Gardner Museum. Until now, though, no one has viewed it alongside its five original companion works, all mid-1500s interpretations of classic myths. The epic reunion anchors a just-launched exhibition, “Titian: Women, Myth & Power,” on view through January 2. 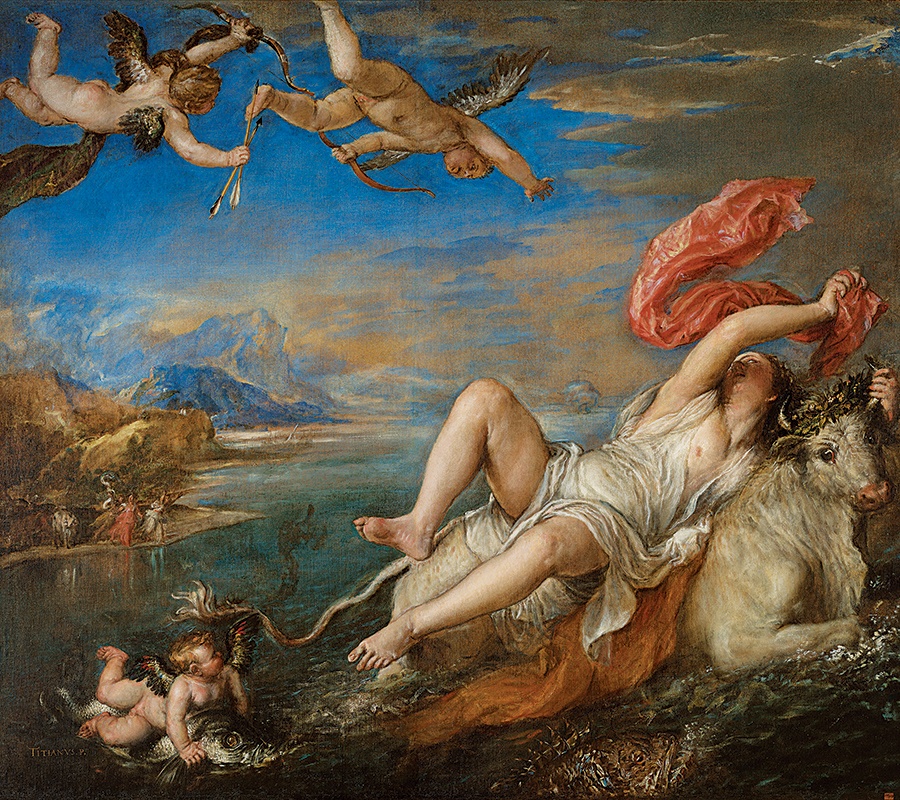 Give a standing O to Get On Your Knees.

In case you can’t tell by the blunt title, comedian Jacqueline Novak’s one-woman show is indeed an uproarious ode to oral sex. The acclaimed act, a Drama Desk Award nominee, covers the history of the topic—plus plenty of personal anecdotes and observations—with sly intelligence and bawdy humor that’ll definitely make tongues wag when it hits the Boston Center for the Arts from September 7 to 19.

Escape to the islands without leaving the city.

No passport is required for visiting Cambridge Carnival, an annual music-, food-, and fun-filled celebration of Afro-Caribbean cultures. It kicks off September 12 with a colorfully costumed parade that travels—to the sunny ring-ting-ting rhythm of steel drums—from River Street to University Park. There, festival guests will groove to calypso and more live music, tuck into jerk chicken and other spicy eats, and shop eclectic local artisans. 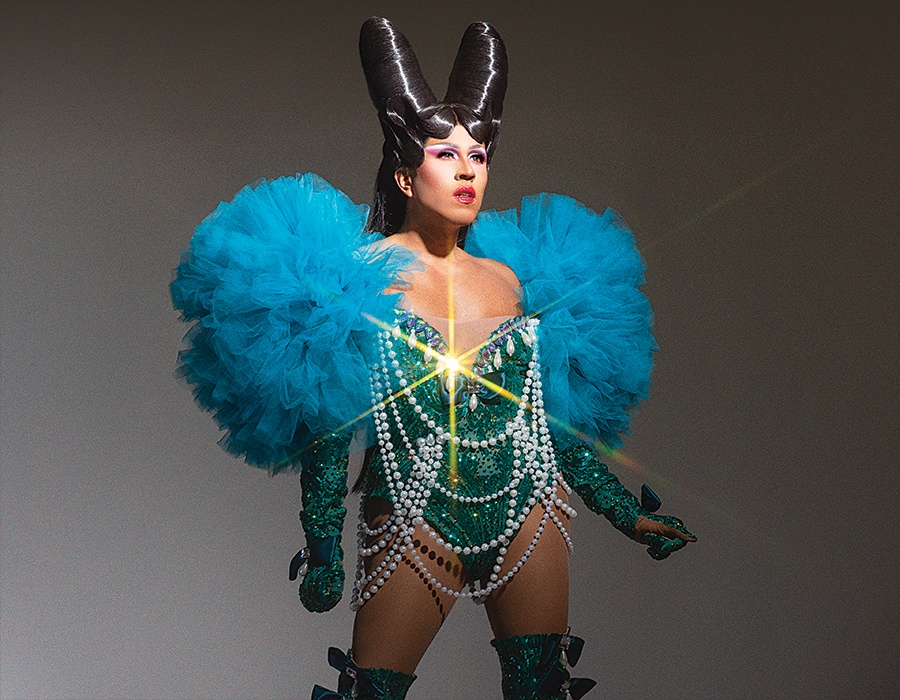 Race over to the eye-popping Olympics of drag.

No, we’re not talking about RuPaul’s Drag Race—we’re talking about Boston Drag Gauntlet, a live, biweekly competition series at Legacy Boston in the Theater District, which will whittle 11 fierce, gender-screwing performers down to a single winner starting September 7. First, though, let’s meet three of the local contenders.

Three words that describe my drag: “Blonde. Hazard. Clown.”
My motto: “If you’re taking it seriously, you’re doing it wrong.”
Drag is my art because: “Through the power of makeup and theatrics, I can become the cartoon character I wanted to be growing up. It goes to show that you can become anything as long as you are creative and ballsy enough to actually do it.”

My drag name means: “‘Pretty butterfly’ in Spanish. It was important to nod to my Latinx heritage, because so much of my drag is inspired by the strong women who raised me in Peru.”
My drag is a mix of: “Latina divas from the ’90s and 2000s, with a touch of Ariana Grande and a little kawaii energy.”
Drag is my art because: “It encompasses so much of what I love—singing, performing for a live audience, entertaining, pushing boundaries, and representing my heritage proudly.”

My drag inspirations: “Horror movies, campy musicals, and a dash of mental illness.”
The song I could slay in a lip sync: “‘Mister Cellophane’ from Chicago.”
Drag is my art because: “I was a weird theater kid. When I finally dug my nails into drag, it ticked so many boxes that I haven’t been able to look back. It’s my therapy, my release, my way to express myself.” 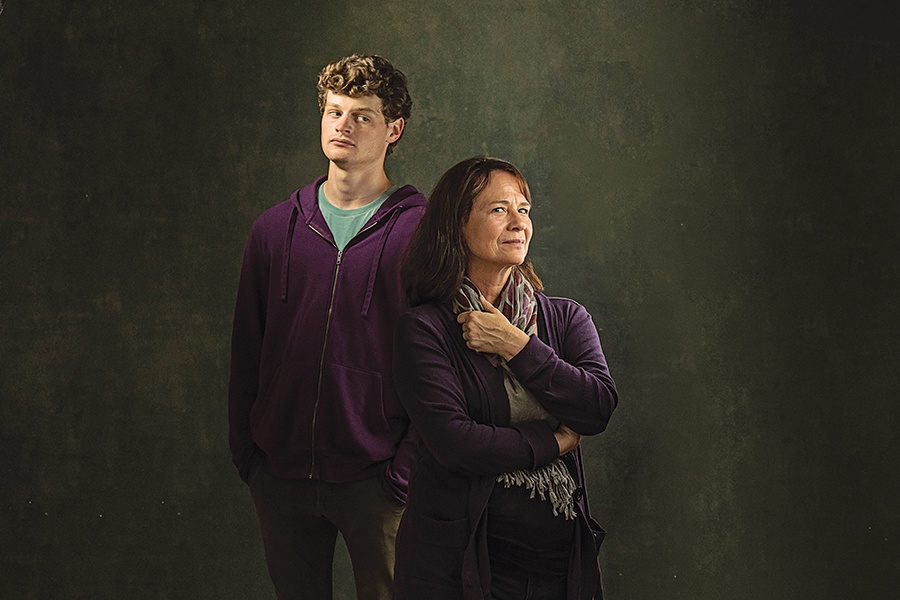 Nathan Malin and Jennifer Rohn, stars of The Sound Inside. / Photo by Nile Scott Studios

Hear the striking prose of The Sound Inside.

This two-person show’s super-literary script—about a middle-aged creative-writing professor dealing with a cancer diagnosis as well as an intense, unusually intimate relationship with her student—earned it a 2020 Tony nomination for best play. Experience the unique, novel-like narration for yourself  September 24 through October 16, when The Sound Inside plots its Boston premiere as the opener to SpeakEasy Stage Company’s fall season.

Dedicate an evening to the reopening of Symphony Hall.

Fittingly, Beethoven’s Consecration of the House overture will break 18 months of silence at the city’s sacred home to world-class classical music, which swells with strings again starting September 30. Boston Symphony Orchestra’s first post-shutdown season is also its debut under the 140-year-old organization’s first female president, Gail Samuel, who is poised to deliver the same fine-arts-world buzz she previously brought to the L.A. Philharmonic.

Patch together a new perspective on American life.

In “Fabric of a Nation: American Quilt Stories,” more than 50 textiles trace centuries of cultural evolutions countrywide, incorporating significant works by immigrant, BIPOC, and LGBTQ+ artists. A huge highlight of the exhibition, running from October 10 through January 17 at Boston’s Museum of Fine Arts, is Pictorial Quilt, a rare surviving work by Harriet Powers, considered a pillar of American folk art for pieces she produced after her emancipation from slavery.

See the Broadway blockbuster that defined the ’90s, one last time.

Scare yourself silly with Massachusetts-based tales of terror.

What spooks and spirits lurk in New England’s dark and eerie woods? The big-budget, Boston-filmed Ghostbusters movie never quite answered that. We have higher hopes, though, for the indie Bay State filmmakers featured in the “Local Mass Hysteria” program at Salem Horror Fest (October 1 to 11), a lineup of frightening flicks pulsing with incisive political subtexts. Amherst director Nick Verdi, for instance, imagines the rampage of a white male serial killer intent on eliminating every other white guy in Massachusetts in Cockazoid. In the cerebral Brain Death, meanwhile, Brighton-based auteurs WL Freeman and John Harrison follow a trans woman as she confronts hellish evils in MAGA-land when her girlfriend goes missing. With Seeds, Uxbridge filmmaker Skip Shea, an outspoken survivor of clergy sexual abuse, trades politics for religion with his story of a grieving mother caught between colliding forces of Catholicism and a New England pagan cult. Besides bringing small local towns to the big screen, Salem Horror Fest will also boast major American premieres of scare-films made across North America. Leave time to take in the classics, though, including a retrospective look at legendary director George Romero, famed for inserting scythe-sharp social commentary into famous films like 1968’s apocalyptic Night of the Living Dead. 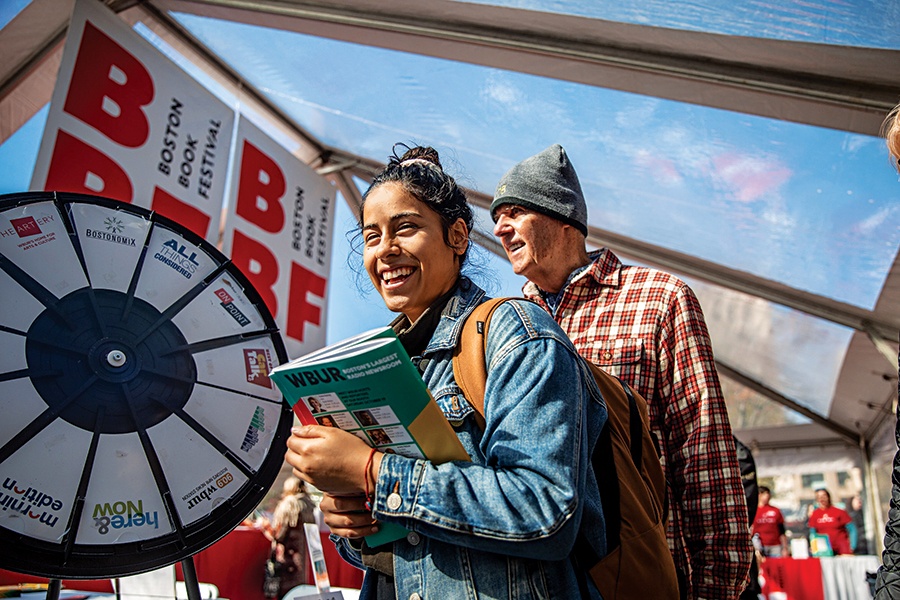 The Boston Book Festival will offer an entire week of programming for literature lovers this year.

Pick up thrilling page-turners at the Boston Book Festival.

Riveting mystery novels, salacious love stories, button-pushing political polemics—whatever literary equivalent of a binge-watch you seek, it’ll be covered by this annual series of author-led book readings, discussions, and signings, plus Copley and Nubian Square street fairs padded out with family-friendly activities such as magic acts and yoga classes. This year’s expansion to a weeklong program (October 16 to 23), meanwhile, marks an exciting new chapter for local bookworms. 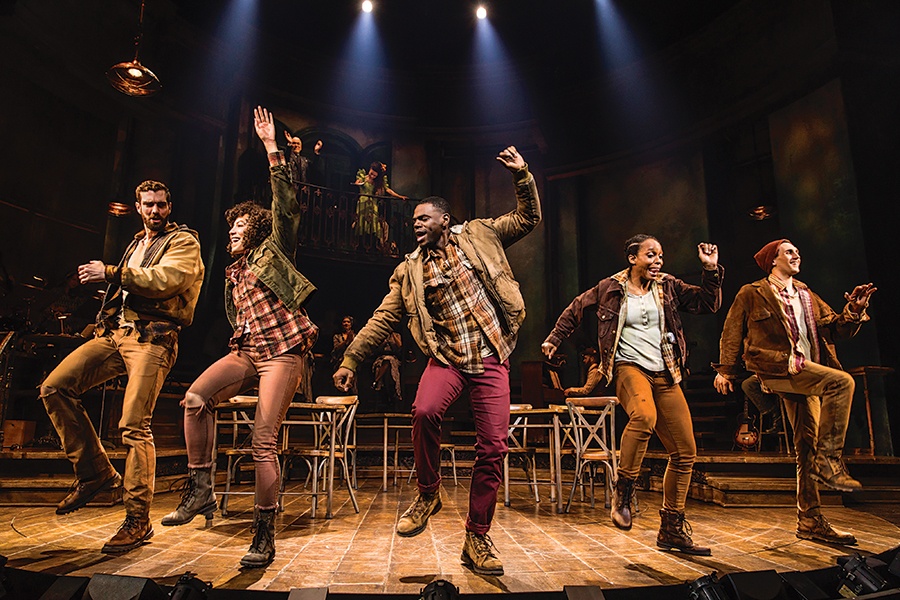 A scene from Hadestown. / Photo by Matthew Murphy

Have a hell of a time at Hadestown.

The mythic Greek underworld is reimagined as a Depression-era dystopia in Vermont folk-rocker Anaïs Mitchell’s hit musical, which puts a southern Gothic–style twist on the dark romance between Orpheus and Eurydice. Descending on the Boston Opera House from November 2 to 14 with stunning steampunk-inspired set design, Hadestown earned Mitchell Tony and Grammy awards, plus a slot on Time magazine’s list of the 100 Most Influential People in the world last year. 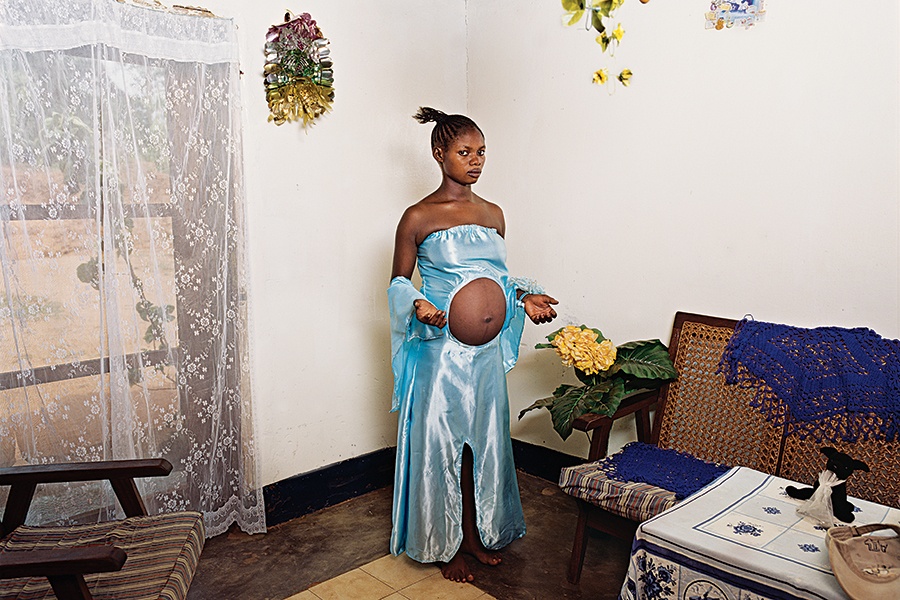 Sure, she shot a fashion spread for Rihanna—mostly, though, Deana Lawson, one of America’s most exciting names in photographic art, has earned her acclaim by transforming everyday people and intimate domestic settings into hyperreal tableaux that celebrate African diasporic identities, sexuality, and spirituality. From November 4 through February 27, Boston’s Institute of Contemporary Art will host the first-ever museum survey of her work. 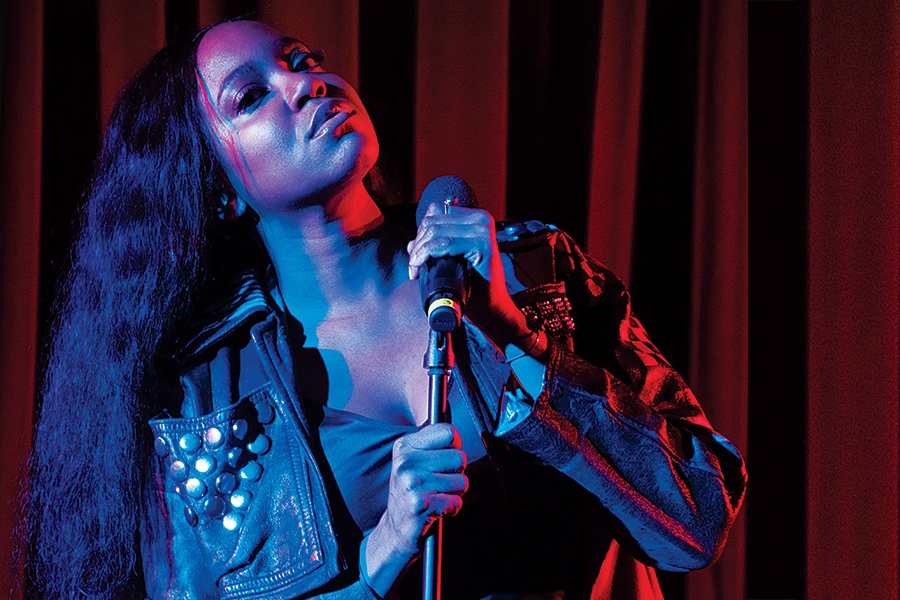 Performer-playwright Whitney White takes the stage at the Loeb Drama Center this fall.

The rousing Macbeth in Stride, a concert-play showcasing original pop, rock, and R & B music, is acclaimed performer-playwright Whitney White’s first of several works that will reinterpret the women of Shakespeare. Ahead of the world premiere at Cambridge’s Loeb Drama Center (October 23 through November 14), we caught up with her to talk about giving the Bard’s tragic Lady Macbeth a more empowered, Tina Turner–like makeover.

After a year of virtual performances, how does it feel to be back to live shows?

I just went to a concert with my creative team, and I was breathless. I am bowing down to the power of the live event again. If you caught me three weeks ago, I would have said, “Multimedia art is the wave of the future.” But I feel like there’s something undeniably cold about presenting art in a digital medium. I’m so hungry to do Macbeth in Stride.

What made you want to inhabit Shakespeare’s women?

There is a narrative through these stories that if you are too ambitious for love or power, you are probably not going to survive to Act Four. Look at Ophelia, Emelia, Juliet, Cleopatra. What’s the cost of telling people these stories? That if you’re a woman, and you want too much, you’re going to end up in a river, on the end of a sword, or poisoning yourself with a snake? What does it do?

You’ve mentioned Tina Turner as one muse for this piece. Why her?

This is a Black woman who put up with a system of abuse and pressure for years. But she survived. She has this Lady Macbeth moment where she says, “I’m seizing power. I’m seizing my own identity.” She made it; she’s a survivor. She shattered the narratives we’ve all been told. 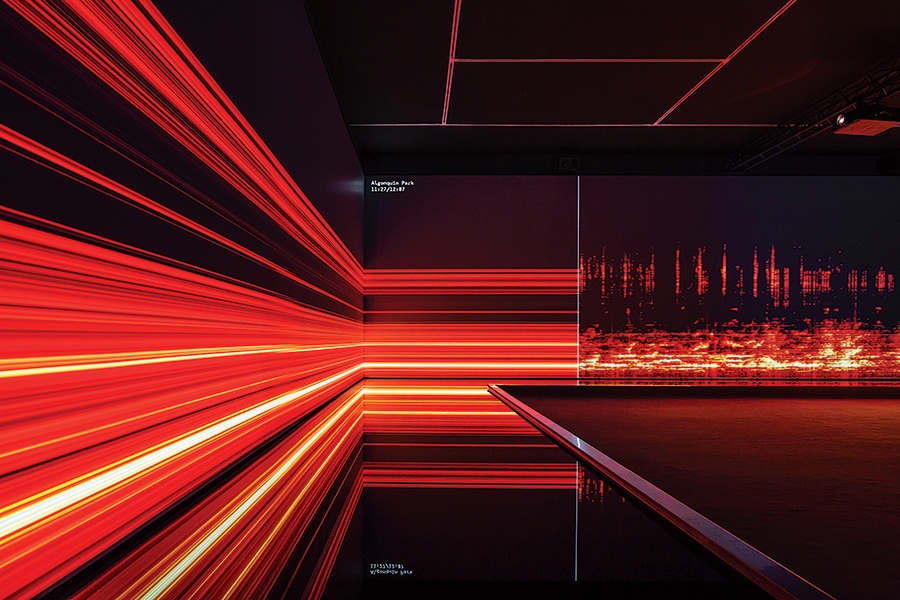 Come for the sounds, stay for the light show at PEM’s “The Great Animal Orchestra” exhibit. / Photo by Luc Boegly

Step inside a wild soundscape.

By working with London’s light-and-sound-savvy collective United Visual Artists, American musician and ecologist Bernie Krause was able to transform thousands of recordings of birds and beasts in their natural habitats into a one-of-a-kind immersive art installation. “The Great Animal Orchestra” roars into the Peabody Essex Museum from November 20 through May 22 for the North American premiere of this hypnotic symphony, accompanied by neon-laser-like spectrograms that dance across dark walls. Here, some of the most fascinating noises in the show.

What you’ll hear: A very loud “click!”
What it is: A sperm whale, whose echolocation can produce noises at over 230 decibels—capable of blowing out human eardrums, if you were close enough.
Where it was recorded: The ocean waters of the
Pacific Rim.

What you’ll hear: A deep “grunt!”
What it is: The chacma baboon, one of the largest monkeys in the world, with sharp, canine teeth that are even longer than a lion’s.
Where it was recorded: The landlocked savannah of Zimbabwe in southern Africa.

What you’ll hear: A high-pitched “yowl!”
What it is: The arctic fox, which is close in size to a fluffy white housecat.
Where it was recorded: The coastal wetlands of the Yukon Delta National Wildlife Refuge in southwestern Alaska.

Experience the world premiere of an innovative new opera.

A creative fusion of jazz and classical music forms the orchestral foundation of Iphigenia, a way-more-empowered, modern telling of the myth of a sacrificed Greek princess. Two generations of jazz-world multihyphenates, legendary composer Wayne Shorter and millennial genius Esperanza Spalding (who once bested Drake for a Best New Artist Grammy), built the score and libretto; world-renowned architect Frank Gehry, meanwhile, designed the sets for its debut (November 12 to 13) in Boston. 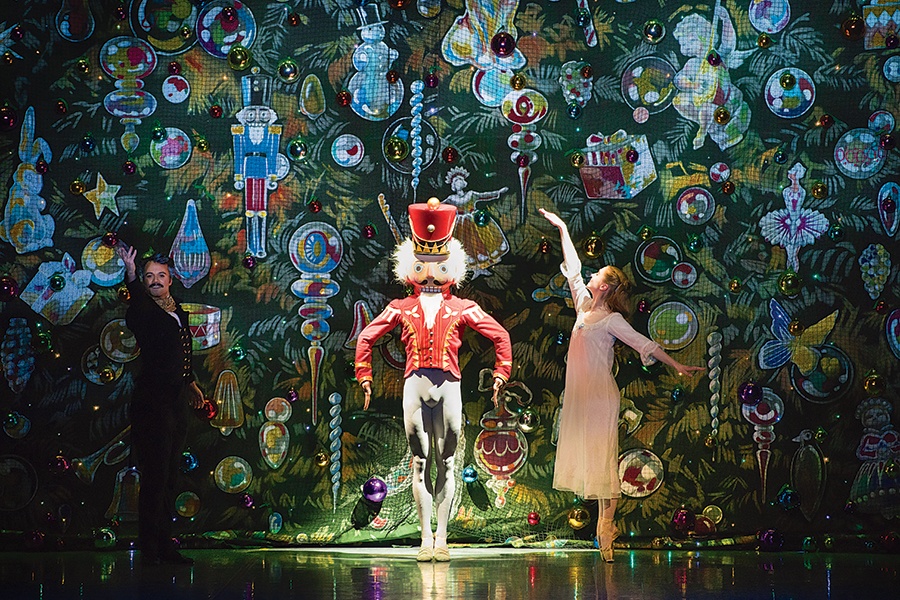 Welcome the return of a Boston holiday tradition.

Last year, when live shows were canceled, Boston Ballet’s The Nutcracker was televised using archival footage. Now the Tchaikovsky-scored Christmastime tradition is back on stage from November 26 through December 26—and while we might have once skipped such a predictably perennial production, we’ll never take such enchantment for granted again.