Your latest opportunity to bombard Instagram with pictures of van Gogh paintings has arrived. 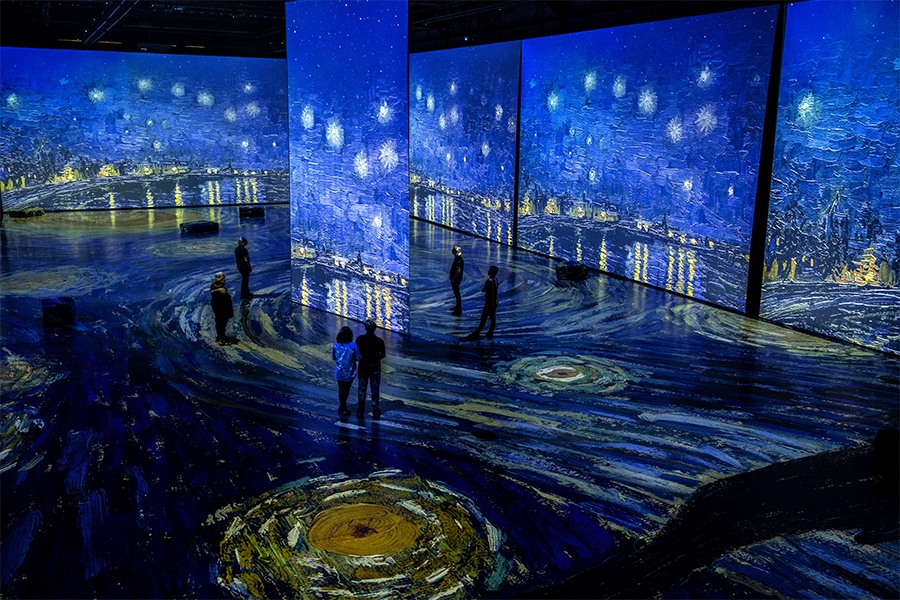 Prepare to see a whole lotta van Gogh in your Instagram feed: Imagine van Gogh, the second immersive exhibit of the painter’s work to be mounted this year in Boston, opened at the SoWa Power Station in the South End Monday night. It runs through March 19.

Much has been said and written about which of the competing spectacles—this, or Immersive Van Gogh, at the Strand Theater in Dorchester until Feb. 20—is superior. That’s a question for critics, but the South End exhibit was created by Annabelle Mauger, who worked at the Cathedrale d’Images in Baux-de-Provence, where French photographer Albert Plecy introduced a technology called Image Totale in the 1970s, projecting pictures onto the walls of gigantic, abandoned rock quarries.

In other words, this iteration has an impressive artistic pedigree. Another difference between the two exhibits is that, unlike the arches and arabesques of the Strand Theater, the SoWa Power Station’s architecture doesn’t get in the way, given its blank, cavernous interior. As for the experience itself: Any diversion with on-site parking gets bonus points from us (although the parking costs an additional $40). Once there, visitors enter the hulking industrial building, into a reception area equipped with a full bar operated by South End restaurateur Jeffrey Gates, which is worth taking advantage of. We’d also recommend a bit of THC for those who partake, but the trippy, moving images might be unpleasant for anyone with vertigo. Timed tickets mean that arriving a few minutes early is advisable and limits the number of people to 175 in a 25,000 square-foot space, every half hour.

The exhibit begins at an “introduction, information station,” in the words of one employee. This curtained chamber features large plaques (presumably designed for COVID-friendly social distancing) that give a museum-like introduction to the artist and his work, and anyone who actually reads it all will come away with a deeper understanding of van Gogh than simply “the crazy painter who cut his ear off.” 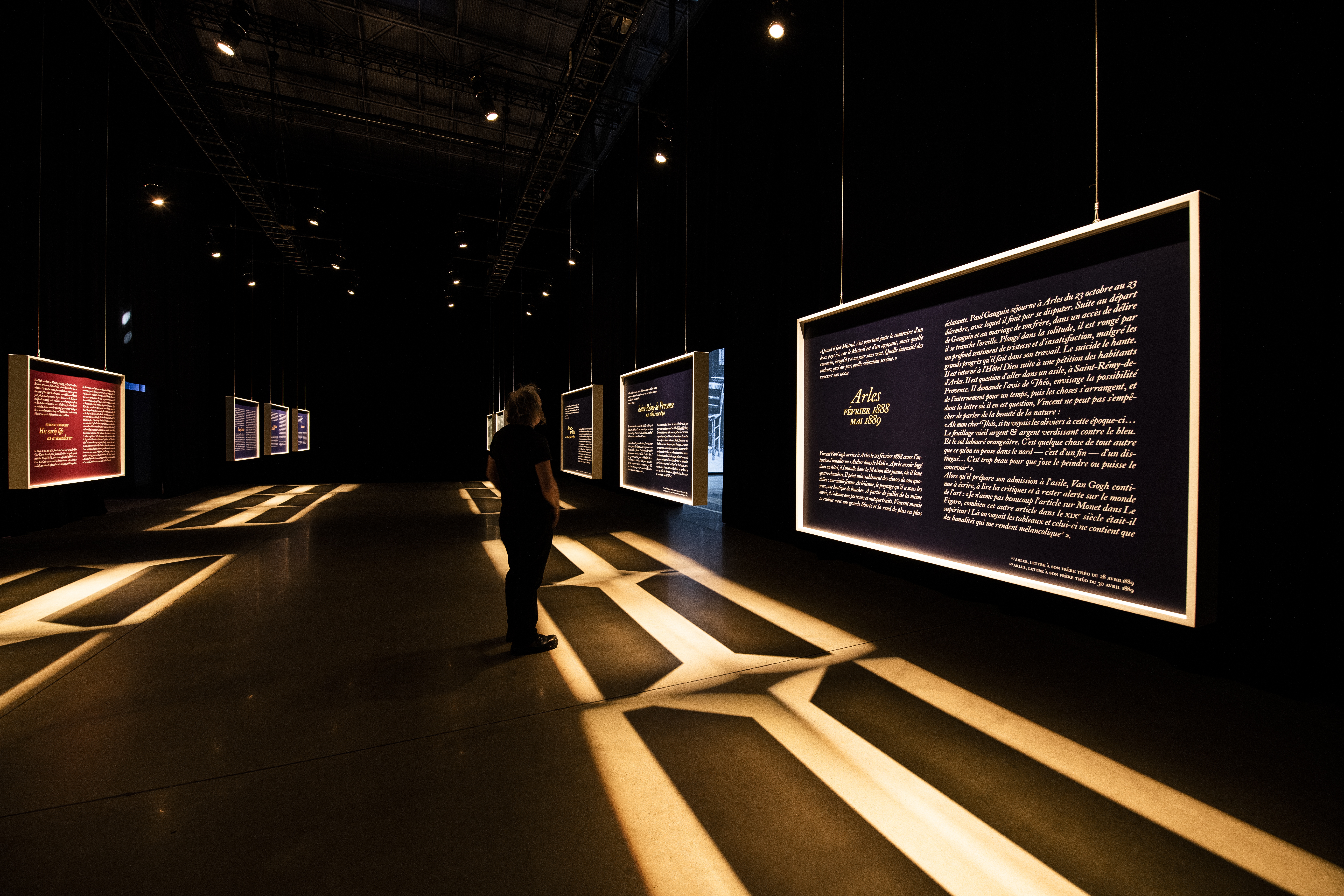 A far deeper understanding awaits in the exhibit itself, where iconic and familiar works like van Gogh’s sunflowers, irises, haystacks—and, yes, “Starry Night”—are projected in vivid detail onto the walls and floors. Interspersed with his art are images of letters or journal entries in van Gogh’s hand, contemporaneous photographs of his world, and contemporary images of the subjects he painted, like a field of poppies blowing in the wind.

It’s all accompanied by an appropriate if predictable soundtrack featuring Delibe’s “Flower Duet,” a Goldberg variation or two, some Satie, and the Capulets’ ball theme from Prokofiev’s Romeo and Juliet. Is it cheesy? Perhaps. Is it visually impressive? Absolutely. As my husband, an art history major, put it: “It transports you into his paintings.” And for that reason, it will tickle even the most jaded van Gogh fan. The scale and details of the images are accessible in a way that isn’t possible in a museum or gallery, the brushstrokes so massive that viewers can pinpoint the individual paint colors and the direction his hand took. Few artists have provoked as much speculation about their mental state during the creative process as van Gogh, and that’s what elevates Imagine Van Gogh from a mere gimmick to a very special experience. If the purpose of art is to see the world through the artist’s eyes, walking through Imagine Van Gogh enables visitors to see the world the way he did. 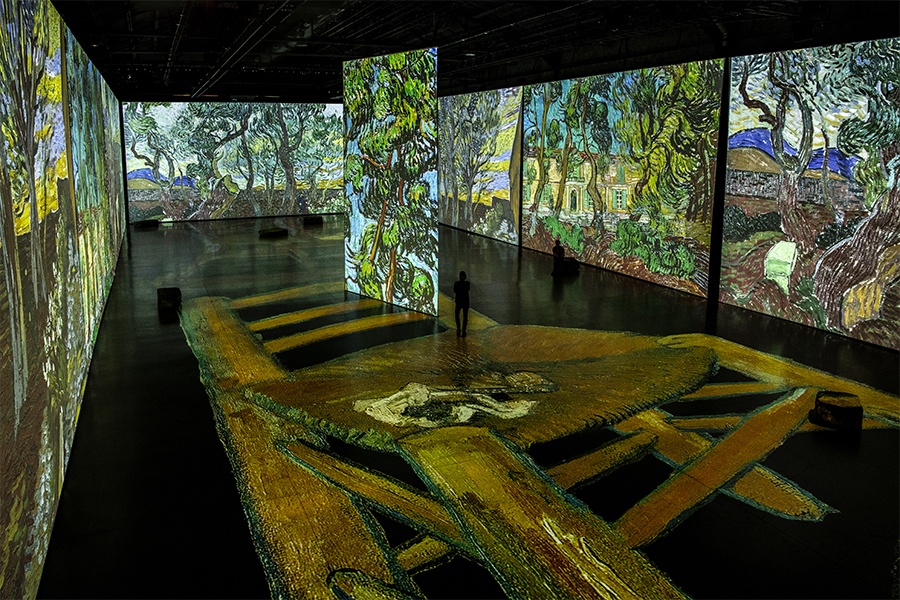 And of course, just like in a museum, visitors exit through the gift shop, which sells mugs, aprons, and other bric-a-brac emblazoned with the images recently seared onto one’s retinas. As for whether it’s worth the price of admission, that depends on how much you love van Gogh…or whether you need something good for your Instagram feed. 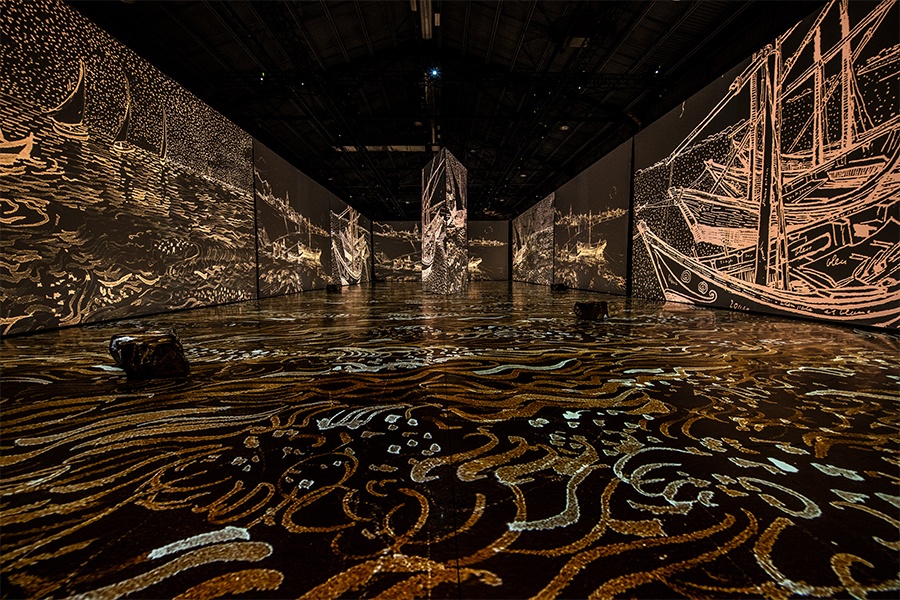