What to Stream over the Holidays If You Love Boston

Or just if you're bored. No prior Boston knowledge necessary, but it is going to show up in the list a lot. 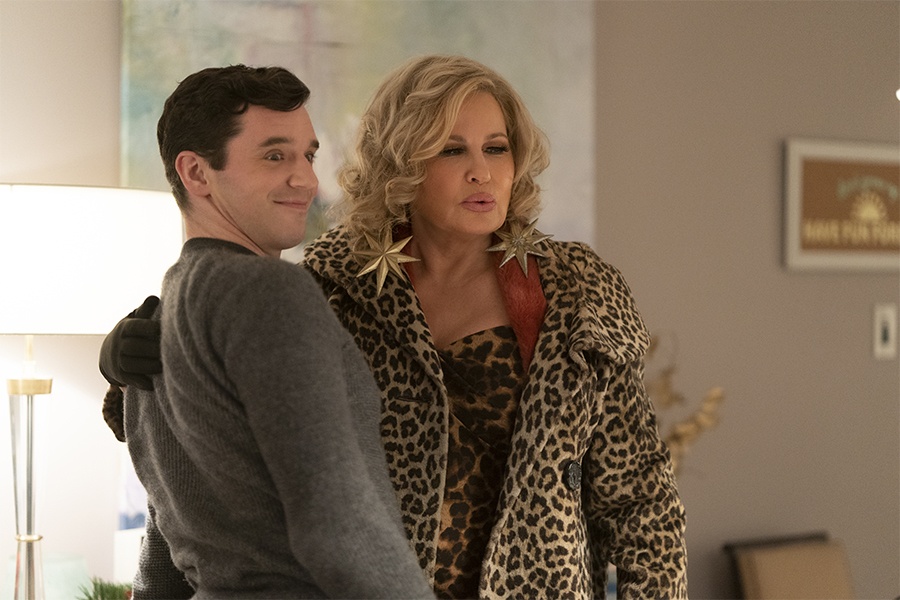 Ah, the holidays. A time for being with family, eating delicious food…and watching a ton of TV. But in this era of so many networks and shows, what are you going to watch? Well, that’s where we come in. Here’s a list of recent efforts from some of your favorite area stars that are worth checking out.

Mindy Kaling doesn’t appear onscreen in this one (yet!), but if you’ve enjoyed The Mindy Project or Never Have I Ever, her other shows, you’ll probably like this one, too. It follows the travails of a suite of college freshman roommates—sweet and naïve Kimberly (Pauline Chalamet), aspiring comedy writer and proudly sex-positive Bela (Amrit Kaur), closeted rich girl Leighton (Reneé Rapp), and soccer star Whitney (Alyah Chanelle Scott), who chafes under the pressure of being the daughter of a senator. The problems they face will be familiar to anyone who’s gone through college themselves, but the series is sweet and funny, and despite its sex-focused name, goes to great lengths to suggest that what’s going to be most important to them all long-term is the friendship they’re forming together.

Single All the Way, Netflix

Boston native Jennifer Coolidge has been the funniest part of countless projects over the years, but this year, she finally got the spotlight she’s always deserved with a lead role in HBO Max’s White Lotus, the saga of some unpleasant rich people behaving unpleasantly at a Hawaiian resort. But if you’ve already watched that one or you’re looking for something more seasonally appropriate, Coolidge also recently appeared in the Netflix Christmas movie Single All the Way. She plays the aunt of Michael Urie’s Peter, who pretends to be in a relationship with his best friend Nick (Philemon Chambers) for various Christmas movie reasons. Will they discover they actually wanted to be in a real relationship all along? You’ll have to watch. And hey, while we’re at it, let’s just rewatch this absolute banger of a scene from Best in Show, for which Coolidge should have won every Oscar, in which she pretends to have anything at all in common with her rich, elderly husband. The woman’s an icon.

We’re living in a throwback to an earlier era, with a new Matrix movie in theaters, while Ben Affleck‘s dating Jennifer Lopez again. If you’d like to embrace the nostalgia, settle in for a viewing of some prime late ’90s cheese with Armageddon, the classic film wherein Bruce Willis saves the world from an asteroid so Affleck can marry his daughter Liv Tyler, which just popped up on Hulu. And while The Last Duel seems to have generated an unusual amount of hot takes from people who didn’t bother seeing it, the actual reviews of Affleck’s medieval epic co-starring Matt Damon, Jodie Comer, and Adam Driver were all pretty much raves. You can find it streaming to rent in a variety of places.

OK, you’ve probably already watched this by now, but if you’re still not caught up on the antics of the Roys, you can catch Boston native Jeremy Strong in it. Also, his birthday is on Christmas, so it’s especially timely to watch it then. Or you can finally take the time to read that big New Yorker profile of him that got everyone in a tizzy. Dealer’s choice.

Diane Guerrero first broke through in Netflix’s Orange Is the New Black (alongside fellow Mass. native Taylor Schilling), but more recently has been appearing in HBO Max’s Doom Patrol, as well as lending her vocal talents to the new Disney animated film, Encanto, about a family where each member is born with magical abilities, except for one daughter, who is shockingly unmagical. And this one can’t be streamed just yet, but she’ll also be appearing soon as Maria Elena Holly opposite Colin Hanks’ Buddy Holly in the upcoming Clear Lake.

Catch Guerrero’s OITNB co-star and fellow Boston native Uzo Aduba in the most recent season of In Treatment, where she played a therapist. Each episode focuses on one of her patients (and also her), with the season bringing each of them back for a series of appointments. You may find yourself more drawn in by some patients than others, but Aduba will keep you company throughout. For bonus viewing, please enjoy this video she shared on Twitter recently of herself figure skating in what appears to be a Dorothy costume from the Wizard of Oz. Are there things Aduba is not good at? We haven’t found any yet.

In honor of the first day of winter, I present this encore of baby Uzo on ice!! ⛸️❄️ pic.twitter.com/p7pZNViRc4

OK, this one isn’t new, and also, Concord native Steve Carell isn’t even the best part of it. The movie, which came out back in 2011, is a generally enjoyable dramedy about the decaying marriage between Carell and Julianne Moore. Both of these people are talented actors putting in a solid day’s work here. But the reason the movie lingers in the public interest (and probably the main reason HBO Max picked up the streaming rights for this month) is the scene where Emma Stone dares a lothario Ryan Gosling to show her the trademark move he uses to charm women. Either you’ve seen this movie and you’re already nodding in agreement at how delightful this scene is, or you haven’t, in which case I’ll just say it involves Dirty Dancing and you should watch the movie solely for this moment.

This indie movie was a hit at Sundance and is now available to stream on Apple TV +. Written by Cambridge native Sian Heder, the story follows high school senior Ruby (Emilia Jones), who aspires to attend Berklee College of Music to pursue her dream of becoming a singer. But as the only hearing member of her family (CODA is a term for Child of Deaf Adults), she’s not quite sure if she can leave them behind, since they’ve come to depend on her to help them run the family fishing business in Gloucester. No one is the bad guy here, and if anything, the most appealing part of this movie is how loving and warm and funny the whole family is.

This Apple TV + show is wrapping up its three season run right now, and takes a look at the young adulthood of the Amherst poet as she comes of age during the Civil War. The show is an unusual mix of modern and historical, as likely to have its characters speak like 19th century New Englanders as it is to have them use slang from today. They may be wearing period-specific clothing, but Downton Abbey this is not. It’s about mortality and fame and how complicated it is to make art, but especially as a young woman. And it’s generally pretty funny. An impressive array of celebs have cameoed over the years, from Wiz Khalifa’s work as Death (always a prominent character in Dickinson’s oeuvre) to Billy Eichner’s recent turn as Walt Whitman. And while we can’t claim star Hailee Steinfeld as our own, Boston’s own Ayo Edebiri was one of the writers and appears in the second season.