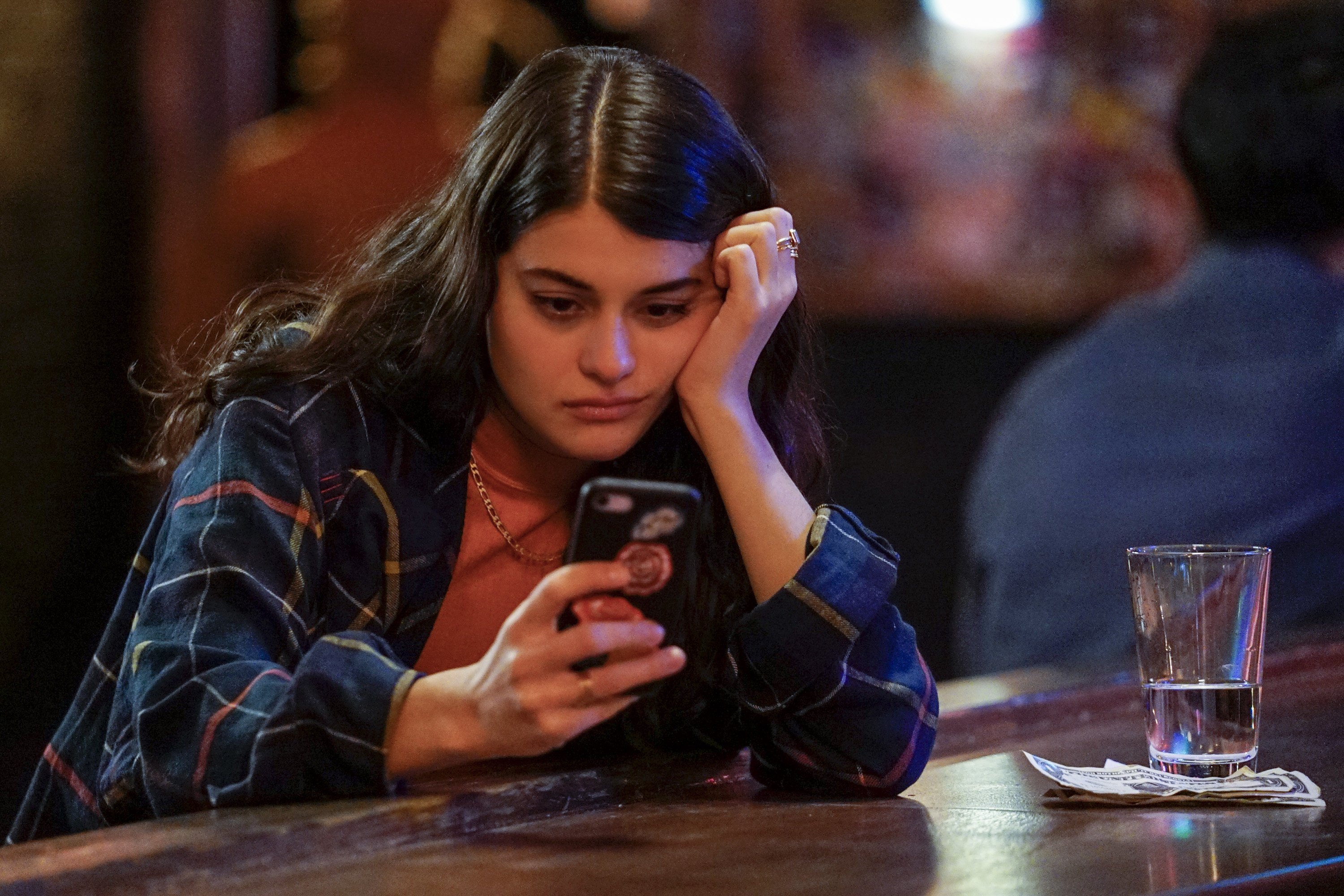 Sofia Black-D’Elia portrays 20-something alcoholic Sam, who moves back home to Boston with her overbearing mother, Carol, in Single Drunk Female. Photo by Freeform/Elizabeth Sisson

It’s a harsh truth known to many Bostonians that our representation in the media is a little one note. You can’t fault people from outside the region for thinking this is a city overrun with hardened criminals, when it feels like almost every single movie or show set in Boston features grizzled Italian and Irish men stealing pricey paintings or killing each other. Usually missing from the picture are people of color, female leads, and anything approaching normal day-to-day life here.

That’s why the pilot episode of Single Drunk Female, a Freeform comedy about Sam (Sofia Black-D’Elia), a twenty-something woman who moves back to the Boston area to get sober, surprised me. Within the first half of the episode, someone mentioned the T—and in a way that made sense, not one of those “Oh I took the T to Worcester” moments. I felt cautious hope that the show might depict a Boston closer to the city I knew, a pleasant relief after my recent experience reading a TikTok-famous book allegedly set in Boston and filled with glaring inaccuracies. And as more episodes were released, I saw my dream unfolding into a reality. There was a dive bar straight out of Southie. A friend with an accurate Boston accent (played by Cape Cod’s own Lily Mae Harrington). And a rink that looked like Roller World? 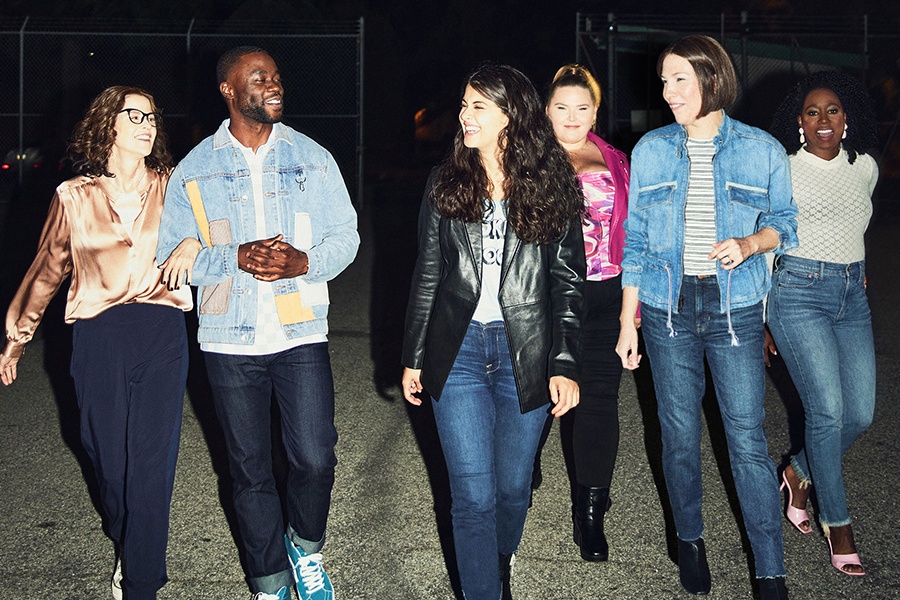 Indeed, Roller Land, the rink where one episode the show takes place, is meant to be Roller World in Saugus. The local haunt where the main character goes? Based on Hugh O’Neill’s in Malden, where the show’s writer and creator, Simone Finch, used to go in her drinking days. Now 35 and seven years sober, Finch channeled her own journey to tell a story about sobriety that’s funny and unflinching about the realities of life for a newly sober person. But she’s also telling a story against a Boston backdrop that feels very familiar to anyone from the area. And so far, she’s nailed it, at least according to the Twitter feedback she’s seen. “People complain about little things like the lack of Orange Line B roll,” Finch says. “People in Boston are very serious about this sort of stuff, but they keep me honest.”

The idea for Single Drunk Female came from a simple question: What if instead of getting sober while working in Los Angeles (where Finch lives now), she had done it while living back home?

It makes sense that Finch returned to her roots when writing the show, given how her upbringing here shaped her relationship with alcohol. She began drinking as a teen growing up in Melrose, when, she says, the only things to do for fun were to hang out at 7-11, and walk from one end of town to the other. Melrose was a dry community at the time, which informed Finch’s relationship with alcohol. “Having booze be so outlawed made it so attractive to me and my friends,” she says. “Anytime you do that, it’s the elephant in the room. That definitely informed the show and my drinking.”

While Finch hasn’t lived in the Boston area since 2009, she spent the summer after college working at Legal Seafoods in the city, commuting from Medford (where her mom had moved the year prior, and where the show is set) via train, and drinking all the time because she knew she didn’t have to drive anywhere. But that wasn’t the only reason she developed a problematic relationship with booze—a local culture that can make alcohol synonymous with socializing also played a part.

We may all appreciate those Orange Line references, but there are some hard truths about how people drink around here that are on full display in the show. Just about the only thing that softens Sam’s landing back home is her reunion with hometown pal Felicia (Harrington), but her efforts to reconnect are an immediate threat to her sobriety: She and Felicia only know how to be friends when they’re drinking in dive bars together. And, fittingly for a show about sobriety and Boston, there’s an entire episode focused on the efforts of Sam and her sober friends to avoid drinking on St. Patrick’s Day. In the episode, everything from retrieving a spare set of keys from a roommate to scanning social media to helping a friend pick out a wedding dress forces them to confront the temptation of drinking, and none of it feels too far-fetched. “One of things I’ve said is getting sober in Boston must be hard, and I’m glad I didn’t have to do it,” Finch says.

But the drinking culture isn’t the only thing Single Drunk Female gets right about Boston: It also provides a more nuanced look at people who have either been background characters or absent altogether from pop culture depictions of the city. Sam’s former best friend Britt (Sasha Compére) slips into Haitian Creole with her friends when she doesn’t want Sam to know what she’s talking about—and anyone who’s lived in Boston for more than a minute has heard Haitian Creole spoken around town…or is speaking it. Felicia, the blue collar “townie” friend with a heavy accent, could have been an easy caricature on another show, but here she’s given depth and nuance, and proves to be grounded in ways Sam is not.

Finch says she did this intentionally to push back against the ideas people have about Boston and show the place she knew growing up, both in terms of class and race. “Unfortunately, people have portrayed Boston as white, because that’s what they’re used to and they’re just lazy. I’ve always experienced diversity in Boston, so I’m going to show that it’s not far-fetched. It just hasn’t been shown,” she says.

While not every single detail about the show is going to ring true to everyone, it’s getting closer than some of what we’ve seen in recent years. And don’t worry, Finch’s priorities are in order: You’ll still hear someone yell “Yankees suck” on TV.

Single Drunk Female airs on Freeform on Thursdays at 10:30 p.m., but you can also catch up on Hulu. 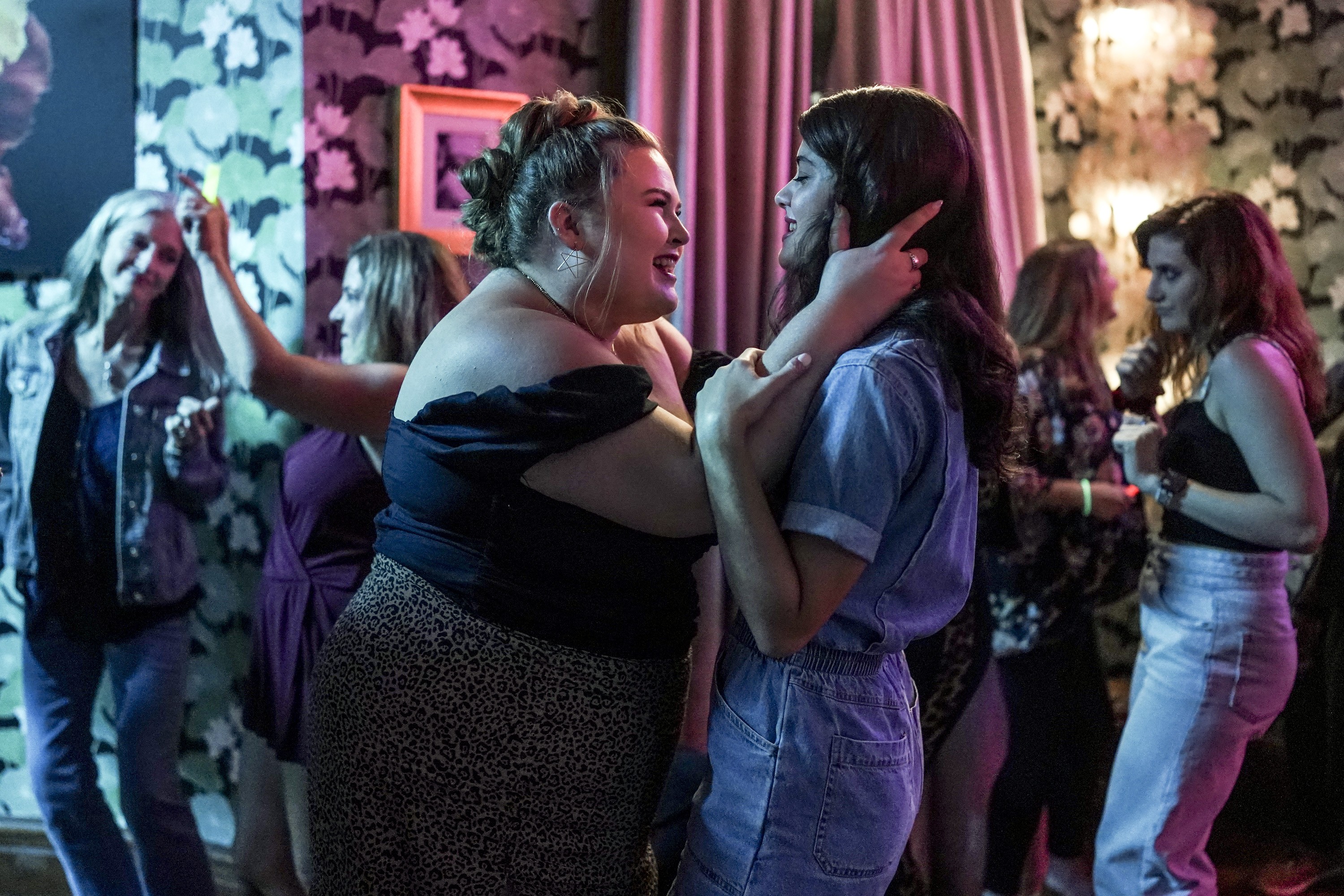