The First Trailer for the New Julia Child Show Is Here

Julia, which has been filming in the Boston area for a while, comes to HBO Max on March 31. 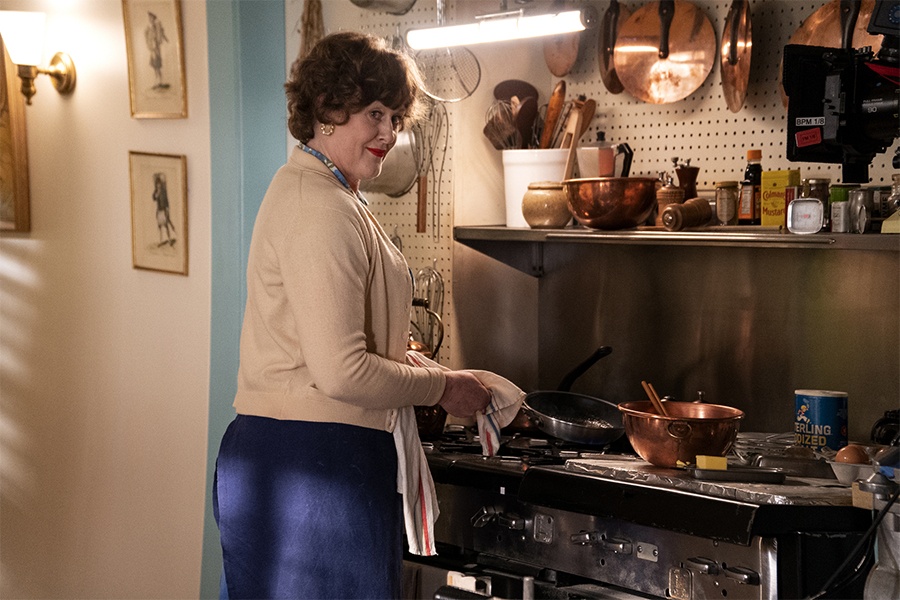 Photo by Photograph by Seacia Pavao

Noted Cambridge resident, internationally beloved chef, and all-around icon Julia Child has had a long run in pop culture. From the days of her game-changing cooking show The French Chef, which aired on GBH from 1963 to 1973, straight on through to a biopic starring Meryl Streep and Stanley Tucci, to an inevitable (but hilarious) turn on Drunk History, she’s been the subject of widespread fascination. The latest attempt to translate her to the small screen comes courtesy of the new HBO Max series, Julia, which eagle-eyed residents have spotted filming all over the Boston area.

The series stars British actress Sarah Lancashire as Julia, with Frasier star David Hyde Pierce taking on the role of her husband, Paul. And after glimpsing pictures of Lancashire in Julia garb, we’ve finally gotten a fuller look at the series thanks to a new trailer. Watch below, as Julia bluntly explains the humble chicken to her audience, and various grouchy men try to stop her from revolutionizing home cooking, and are, we can only assume, vanquished. The series premieres March 31 on HBO Max, and also stars Bebe Neuwirth (to keep the Frasier reunion rolling), Fran Kranz, Isabella Rossellini, and more. And while we don’t get too many glimpses of a ’60s-era Boston in the trailer so far, we stand ready, notepads in hand, to decide whether or not we think they’ve gotten Boston right. Or we might just relax and enjoy a nice show about an interesting lady. Times are tough.