Riding with Evil Preview: Read What It’s Like to Go Undercover with a Biker Gang 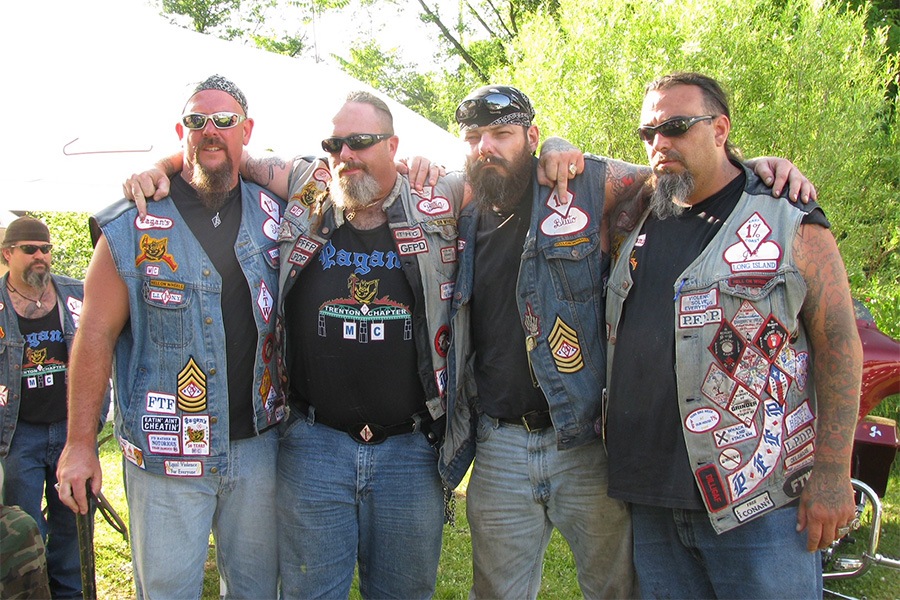 Undercover work may be a popular subject in movies, but it’s with good reason: The reality is often downright harrowing. Just ask Ken Croke, an ATF agent who spent two full years undercover with the white supremacist motorcycle gang, the Pagans, witnessing drug trafficking, brutal beatdowns, and more. His work eventually resulted in the arrest of 20 Pagans on crimes including murder conspiracy and extortion. And now, you can read about what the whole experience was like, thanks to Riding with Evil, his new memoir about his experiences with the group, co-written with Boston contributor Dave Wedge.

The book, out March 15 from Harper Collins/William Morrow, traces the years he spent embedded in Rocky Point in Long Island, New York, away from his wife and children, who were safely in suburban Massachusetts. Read on for an excerpt from the book about some of the dangers that arose while he was embedded with the group.

The longer we were there, the more strung out guys got. Open drug use, prostitutes, guns, and debauchery were everywhere. One night, I was walking through a darkened path that was only partially lit by plastic light bulbs strung along the trees. At the end of the path it opened into a large, dark field, and I walked past a group of Pagans—six of them. I didn’t know what chapter they were from, but I recognized two as guys I’d seen at another event.

One yelled to me: “Prospect, get over here.”

One of them had a flashlight. My black T-shirt was soaked from sweat and was hanging down low below my neck. My gold chain was dangling.

He flashed the light on it.

I held it up and showed it to him.

He wanted me to take it off and give it to him. I knew he planned to take it. But that chain was sacred to me. It was a crucifix given to me by my mother twenty years earlier as her way of trying to keep me safe throughout my career. There was no way I was giving it to that bastard.

One of the other guys stepped forward toward me.

“Yeah, I heard him,” I said. “But this thing means something to me. I’m not giving it up.”

“I want the chain,” the first one demanded.

He grabbed at it and tried to pull it.

“What’s that, from a girlfriend?” he asked.

He got in my face and reached for it, but I blocked his arm away. I knew it was about to be on, but I was taking that motherfucker with me, that was for sure.

He lunged at me, and I drove my shoulder into his chest, smashed my forearm across his head, and drove him into the ground. The exhale of air that came out of him was amazing. His boys jumped in and started cracking me with fists, and one had an ax handle. They pummeled me, smacking me in the ribs and the shoulder.

Crack! Crack! Crack! Each wooden blow cracked into my body with unnatural force. It all happened so fast, but at the same time it felt like slow motion.

I was on top of the first guy wailing away on him until an ax handle caught me in the side of my ribs and knocked me off him. I looked into his eyes as I fell off him and hit the ground. He was livid but he was scared.

I was worried he’d get up and stab me. Those guys all carried blades, and if he killed a prospect he would claim it was self-defense and the others would back his play. There would have been no complaints had they gutted me and left me there for dead. I thought about that river. Where the fuck was it? Could I get up and run and get to it?

As soon as I fell off him and landed on the ground, one of them kicked me hard. I tried to grab his foot.

They continued beating the shit out of me until I heard a voice. It was one of the chapter presidents.

“What the fuck is going on?” he yelled.

They stopped kicking my ass. No one said a word.

“I said, what the fuck is going on?” he repeated.

He looked at me. He was the president of one of the Southern New Jersey chapters. I recognized him and the diamond on his back. He was pissed.

“Prospect, what the fuck is going on?” he asked me.

“Nothing, just a misunderstanding,” I answered.

I was hurt pretty bad, but I wasn’t going to show them.

The chapter president lit into them and told them they were out of line. Pagan code prohibits stealing from prospects or members, although that rule is sometimes violated, especially when bikers are drunk and strung out for days on end. I think they were from Southern Jersey and Delaware, but I never found out who they were, unfortunately.

The Diamond, a common term used among the Pagans as a way of recognizing the chapter presidents, helped me up, and we walked away from the pack.

“You fuckin’ guys be smarter,” he shouted at them. “Ya fucks.”

He turned to me.

“What happened?” he asked.

“Somebody wanted something from me I wasn’t going to give him,” I said. “It’s over with and that’s it.”

I didn’t say anything more. We walked back toward the tents, and he went on his way. I walked around the back of the field and sat on a stone wall to check myself out. I knew I had a cracked rib at least. I couldn’t breathe. My arms, legs, and head were fine, but I knew I had bruises on my ribs and a nice welt on my head.

Pita heard about the fracas and was pissed. He started asking a bunch of questions. I provided very few details and was just hoping it would be the last beating for the weekend. He eventually let it go and decided not to make a bigger deal out of it.

I never really got a good look at the guys. It was pitch black and we were in the middle of nowhere. I never came across them again. I talked to a doctor a few days later, and he wanted me to get an X-ray, but I never did. I likely had some cracked ribs, but I knew there was nothing they could do for that anyway. Ibuprofen, ice, and a few beers took care of it.

I never wrote a report about it and never officially told ATF, although some of the guys knew unofficially but kept their mouths shut, not wanting to give the higher-ups another reason to shut down the case. All I know is that I took a beating in the dark in the woods of Pennsylvania from a bunch of Pagans and never gave up that cross.

My mother, God rest her soul, would have been furious with me for not giving up the chain, but I also think she would have been happy to know that I was still wearing the cross she had given me for protection. It worked that night.