The Scituate native talks season five of the popular Netflix show, whether the cast is really friends, and growing up on the South Shore. 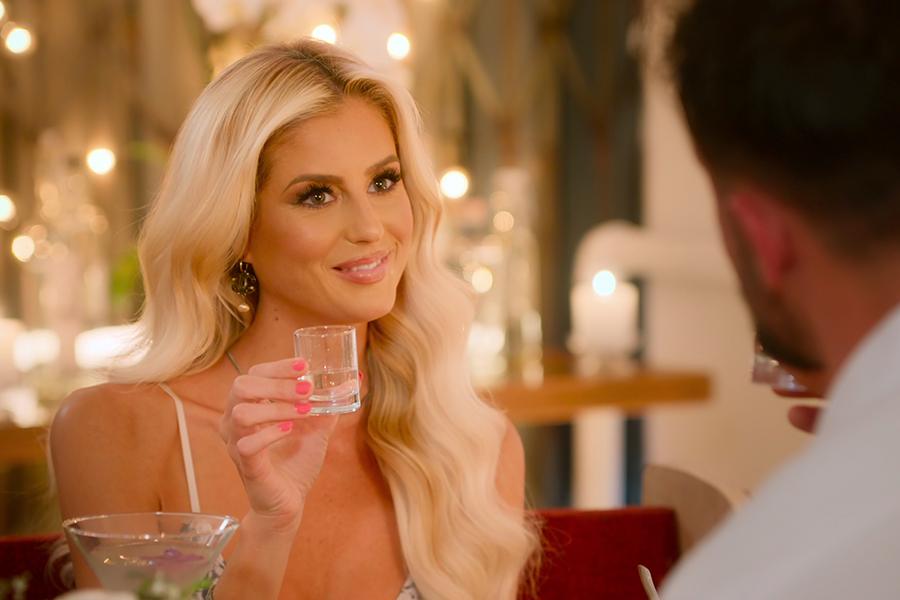 Anyone who watches Selling Sunset knows you come for the high-end listings, but stay for the drama. The Netflix reality series follows agents at the Oppenheim Group, a brokerage in the Los Angeles area, as they sell homes and navigate workplace conflict so intense that it would make even the most seasoned human resources professional’s head spin. The focus on the latter begs the question…when does the actual work happen?

Constantly, it turns out, though it’s not caught on camera. Even on a visit to Boston last month, Scituate native and Selling Sunset cast member Emma Hernan’s phone was pinging with texts about a property she was working on back on the West Coast. “Literally, I’m getting texts about my property right now that’s being staged and I’m handpicking the majority of the items,” she says, flashing her phone screen to reveal a photo of a sleekly staged home. “I’m up there with the contractor with a hard hat on. There’s a lot of work that goes into it that you don’t even get to see on the show…It’s not always rainbows and butterflies.”

Hernan made her debut on the show in season four as the newest full-time member of the team, whereupon she immediately experienced the wrath of the show’s villain, Christine Quinn. What followed over the course of the season was a drama so convoluted, you’d need Cliffnotes to follow it. First came the apparent offense: Quinn claimed she and Hernan dated the same man at the same time years prior. Then came the vehement denial: Hernan and others on the team who knew both women at the time say there was no overlap. Despite the pushback and the fact she had since married someone else, Quinn continued to hold a grudge against Hernan once they were forced into the same orbit.

Hernan tried to focus on work and the present, but Quinn’s vendetta manifested itself in icing Hernan out at work, spreading increasingly absurd gossip, and sending anonymous Instagram DMs (Quinn denies this). The whole thing came to a head at the end of season five when (spoiler alert!) Hernan revealed Quinn allegedly paid off a client to not work with Hernan. In other words, it was all reality TV gold.

But as a viewer, it’s hard not to wonder: Is the drama real? Hernan assures me it is, though what people don’t see is unlike a reality show like, say, The Bachelor, the cast didn’t just meet day one of filming and suddenly love (or hate) each other. Their friendships (and conflicts) go way back—and yes, she was really there for co-star Chrishell Stause during that break-up scene in the finale and yes, it was really heart-wrenching.

“It’s definitely juicy and all of that juice is definitely real and something that we have to sip every day,” she says. “There’s drama, but all of the people that are actually on the show, I consider family…for the most part,” she adds with a laugh. 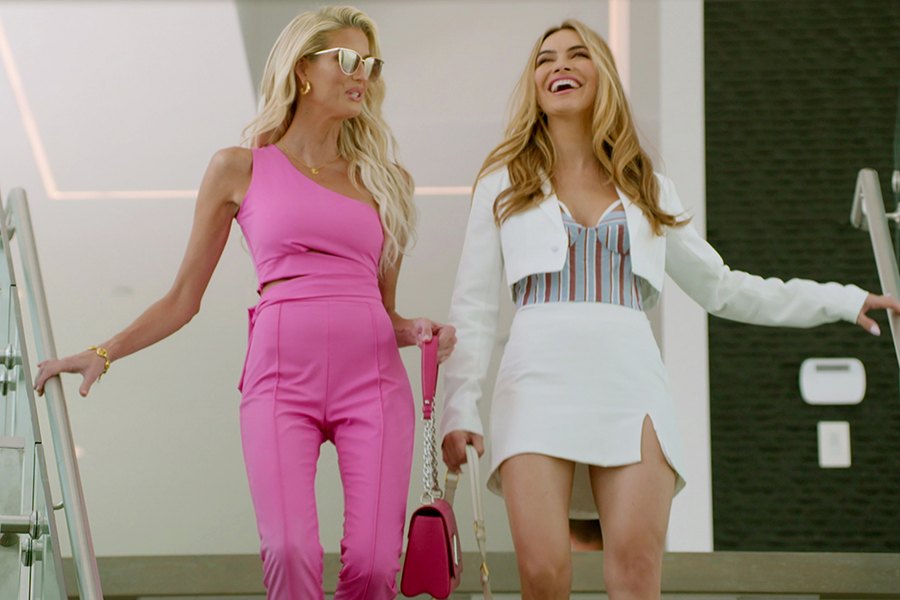 Season five, which dropped April 22, affords viewers a chance to get to know Hernan beyond the Quinn rivalry. Spoilers ahead if you didn’t wake up at 3 a.m. to binge the new season, but prepare to see a new side of her. We learn she’s good at swimming (like could’ve gone to the Olympics good) and get insight on her dating history. In a special bonus for any Mass. fans watching, she reveals she once matched with Ben Affleck on the celebrity dating app, Raya (but we won’t spoil how that one turns out).

But the season also shows Hernan’s more vulnerable side. We see her open up about her family’s past and explore a relationship with Micah, a property developer and entrepreneur. Their first date is shown at his soon-to-open mezcal bar, where they’re served empanadas from Hernan’s Hingham-based food line, Emma Leigh & Co.

While the luxury real estate side of things looks glamorous, many of us would blanch at the prospect of having a first date filmed or a past relationship thrust into the spotlight. Given this, I asked Hernan why she decided to join. “I’ve always been private about my personal life,” she says. “So, it was definitely a [tough] decision to make to open up my life, but also my family’s life… Ultimately, I made the decision, because I feel I have a very unique story.”

It’s a story with some deeply Massachusetts roots. Even Mass. residents who’ve never logged onto Netflix might know Hernan’s family. Her grandfather founded Yankee Trader Seafood in 1994 when she was a toddler, and it’s now run by Hernan’s mother and aunt. But that’s only part of the story. Growing up in Cohasset, her mother’s family struggled financially. They lost their home at one point and went through periods without electricity, dressing in front of the oven during the winter to stay warm without heat. Growing up in Scituate, Hernan says her father, a firefighter, and her stay-at-home mom struggled to pay the mortgage at times.

“You don’t realize because you’re young,” she says. “But I remember times where I could see the stress in their faces, like trying to figure out how to make ends meet, so to be where we are today, and to know that I helped puts a smile on my face…Sharing things like that has been difficult. But at the same time, I want people to know that you can come from any background.”

Hernan helped Yankee Trader Seafood get to where it is today by providing financial support to help it expand, thanks to the money she made investing. Rather than blowing her babysitting and modeling money at the South Shore Plaza as a teen, Hernan began investing in the stock market, thanks in part to advice from the father of the kids she was babysitting. From him, she saw just how much she could make putting her money in the right places and knew she needed to master the skill. “It’s been always really important for me to have that financial stability,” she says. “And it’s always been really important for me to be as successful as possible.”

Hernan says she was eventually able to become a self-made millionaire from her investing. She moved out to Los Angeles at 19, and in 2017, she bought her home through the Oppenheim Group and was encouraged by its presidents at the time to get her license. She began selling with the group part time before ultimately joining the show last year, nearly five years after she initially started with the company. In 2020, she expanded her endeavors to combine her culinary roots and passion for healthy eating by founding Emma Leigh and Co., a plant-based food company that’s partnered with Beyond Meats to create vegan empanadas. 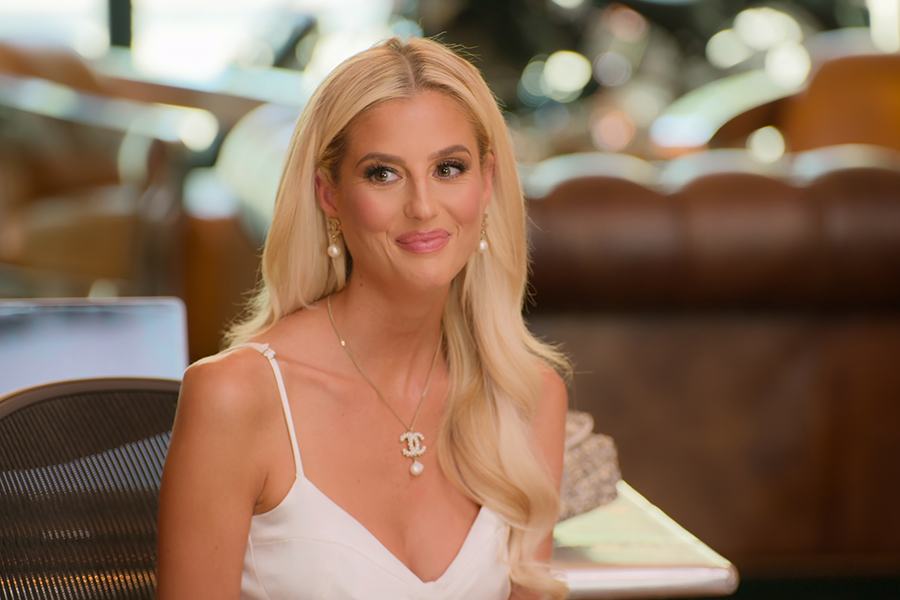 In creating Emma Leigh and Co., Hernan cemented her ongoing connection to the East Coast by purchasing a manufacturing plant in Hingham, where she plans to keep operations. “I’ve put my heart and soul into every empanada I cook. Down to the last spice, everything is created by me,” she says. “My company is kind of like my baby right now.”

But don’t count Hernan out of Selling Sunset just yet: US Magazine reported earlier this year the show would be back for two additional seasons. No official word yet if Hernan will return, but given the fulfillment she gets from appearing, it seems she might. She says the decision to open up about her past, while scary, has resulted in messages from men and women about how she inspired them to start a business or how the show got them through a tough few years.“A lot of girls get a lot of hate, but I’ve gotten a lot of love,” she says. “And it makes me smile, because it makes me know that I made the right decision in joining the show.”