The group, a pandemic rock band started by a group of suburban moms, has proved to be a source of joy and inspiration during a dark time. 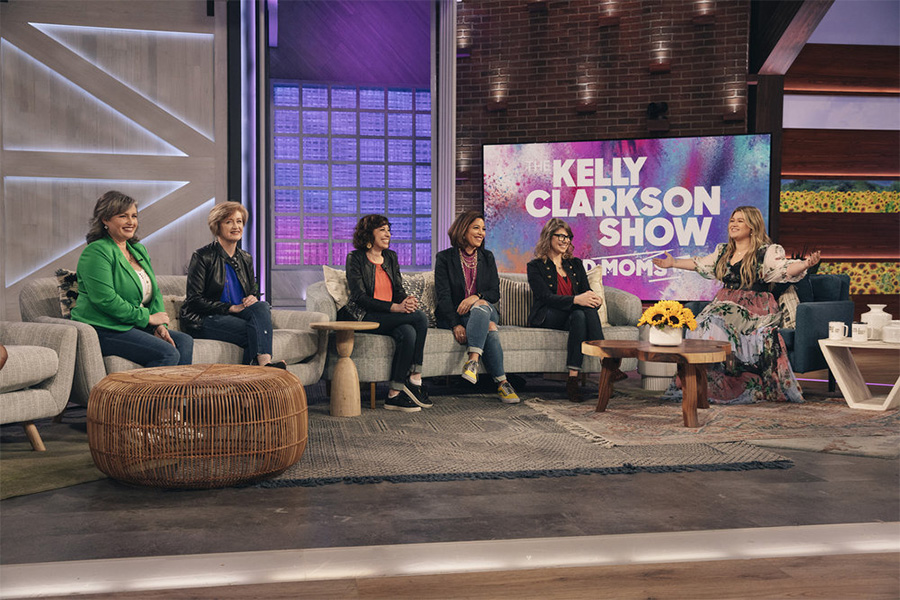 Last winter, when Joanna Weiss wrote about the unexpected joys of getting recognized for her work in a rock band made up of suburban moms in Boston‘s February issue, she might not have anticipated the level of fame the Lazy Susans were yet to acquire. All that changed when Weiss noticed an email pop up on her phone from The Kelly Clarkson Show during a recent band practice.

The show was on the hunt for subjects during what they were calling “rad moms week” in honor of Mother’s Day, and came across Weiss’ Boston story. “Right away, I took a selfie of us like, ‘Hey, we’re all here practicing,’ and they were like, ‘Can you get on a Zoom call right now?'” she says. That was on a Thursday, and by Tuesday, the group was on a plane to film the show.

After a very 2022 round of COVID tests to clear them for filming, the group was escorted to their own dressing room, complete with the band’s name on the door, an experience Weiss called “pretty crazy and exciting.” The group then got to perform with Clarkson’s band on set, which Weiss says was “the absolute highlight.”

“At that point, I’ve been playing guitar in an organized way for eight months. And here I am playing with these Grammy-winning musicians who have played with Kelly Clarkson and Miley Cyrus and Elton John,” she says.

While they didn’t get too much time to hang out with Clarkson (the show films two episodes a day), Weiss says the singer was both nice and gracious, and that she and the band made a point of mentioning how kind of everyone on set had been. “Everyone from the producers to the makeup artists to the sound technicians to the band were just so nice,” Weiss says. “And I think she set the tone for that.”

Next up for the group, which also comprises Leila Mitchell, Heather Shaw, Martha Kennedy, and Imge Ceranoglu, is a show on Saturday, May 14, at the Midway Cafe in Jamaica Plain, and Weiss says they’ve been hard at work on both new originals and new covers. And while it hasn’t been added to their repertoire just yet, Weiss knows exactly which Kelly Clarkson song they’d cover: “Heartbeat Song.”

“It seems like a big collective group number, and maybe we’ll get there for Porchfest,” she says. In the meantime, you can check out their Soundcloud page for any new updates, and catch their big Hollywood breakthrough in the video below.