The coolest guys at Boston Calling saved the day this weekend. 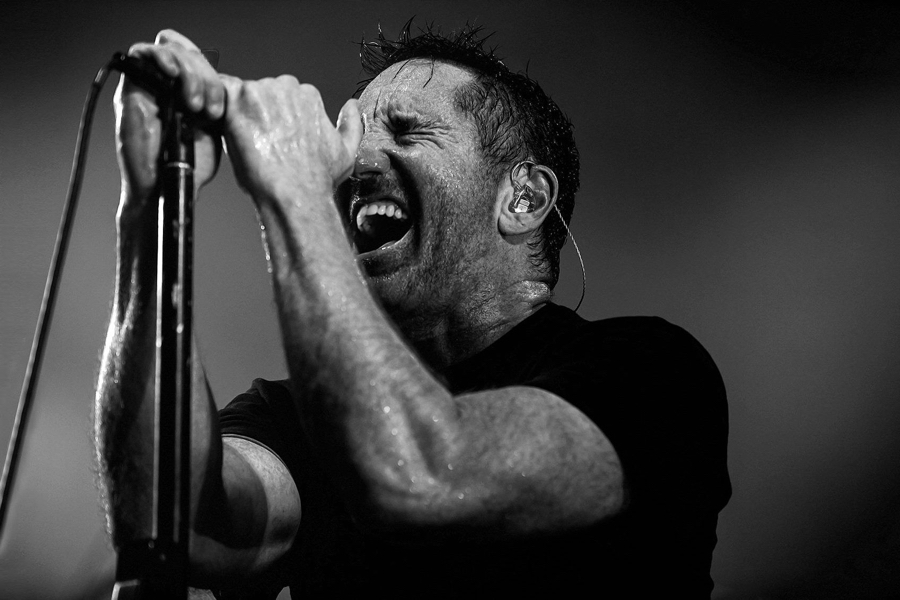 I mean, how cool is Trent Reznor? Just one of the famously coolest guys around, obviously, and I’m not breaking any news here. But how cool was Trent Reznor and the rest of the band this weekend? Just off the charts, really.

In case you’re not following along with what’s gone down at the long-awaited return of Boston Calling in 2022, there have been some unfortunate circumstances this time around, first and foremost the death of Foo Fighters drummer Taylor Hawkins earlier this year, which kept that band from headlining the festival. NIN agreed at basically the 11th hour to sub in, which was cool of them to do.

And then, at the ultra-last-minute, there was more bad news: The Strokes, who had been lined up to headline night two, announced Friday that they also had to drop out, after someone in or close to the band tested positive for COVID. But once again NIN stepped up to save the day, agreeing to do another headlining set the very next night.

But instead of repeating their Friday night setlist, they played an almost entirely new one packed with deep cuts, Pigface and David Bowie covers, and a lengthy Trent Reznor saxophone solo (!). I gather from the reaction to all of this not just in Boston but in the global community of NIN fans, that this was pretty special. Some of these songs they haven’t played live in many years.

For those keeping score at home… just over 2 months ago, Foo Fighters were to headline night 1 of @bostoncalling & @thestrokes night 2.

Enter #NineInchNails saving the day on both due to tragedy/Covid.

~ 43 songs over 2 nights
~ Only 4 repeats
All delivered graciously. pic.twitter.com/AFx3xcckLn

The sheer abundance of Nine Inch Nails at Boston Calling has, of course, become the meme of the weekend, and there are some really good ones out there:

Even Reznor himself is in on the joke. When one fan on Twitter shared a joke version of an earlier announcement from the festival about a rain delay, which suggested Nine Inch Nails would play for seven hours straight, he replied, “whatever we can do…”

whatever we can do…

On stage later, he had some zingers about other ways his band could help out around town if asked: “If anybody has a birthday party or a bar mitzvah or needs someone to look after their plants while on vacation, look us up,” he said. “We’re here for you.” (Hat tip to our friends at Boston.com for jotting that down).

Hell yeah, man. This band is so good.