Don't miss a thrilling lineup of performers, and stop by to see the Obama portraits. 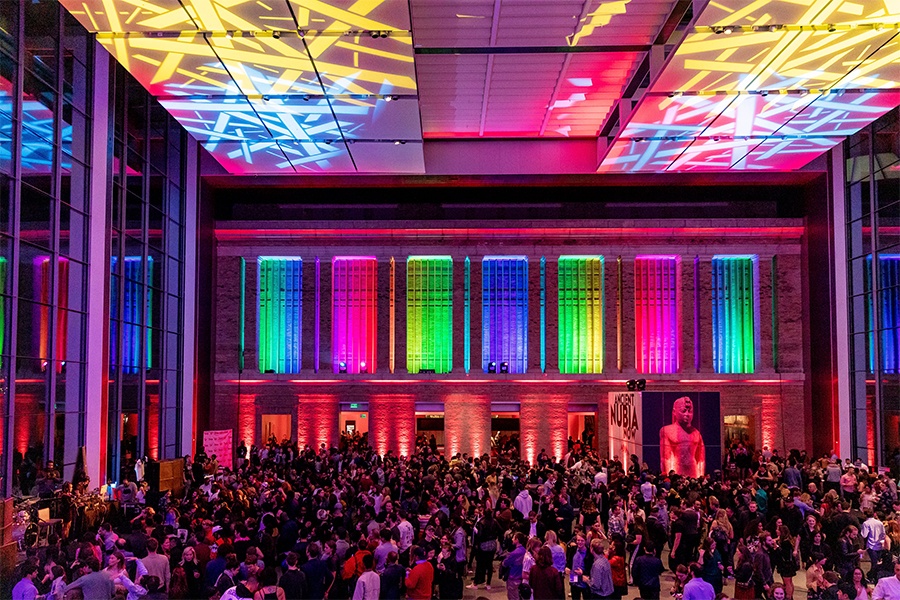 The Late Nite event back in 2019, photo by Caitlin Cunningham Photography.

Sure, the rooms are all filled with priceless works of art, but that doesn’t mean the Museum of Fine Arts doesn’t know how to let its hair down and throw a party from time to time. Case in point: the Late Nite parties, which were a staple of their evening programming pre-pandemic, but have been on hold since 2020. The good news is, the parties are back, the vibes are great, and you can sneak a look at the famous Obama portraits while they’re at the museum on the last leg of their national tour.

The big return begins on October 21, when guests can expect to party from 8 p.m. to midnight. Sample snacks and sip a beer in the Calderwood Courtyard, but don’t miss the lineup of performers for the night. Musicians will perform in the Shapiro Family Courtyard, and you can see NEEMZ, SeeFour, Jamele Adams, and Shallow Pools. Check out songs from each embedded below.

You can catch additional performances in the Linde Family Wing for Contemporary Art, where former poet laureate of Boston, Porsha Olayiwola, has curated a slate of vocalists and poets performing together that the MFA calls “a lyric session that is an experiment in sound.” What does this mean? Find out yourself by heading on over to the Linde Family Wing, where you’ll see performances from Naomi Westwater with Princess Moon, Danny Rivera with Crystal Valentine, Yelena Rodriguez with Yara Liceaga-Rojas, and DJ Why Sham with Porsha herself.

The Obama portraits, by Kehinde Wiley and Amy Sherald, are on display through the end of October, but usually require a timed entry ticket. Beat the rush and see them on a first-come/first-served basis at the Late Nite event. Or just bask in the joy of playing out your lingering Mixed Up Files of Mrs. Basil E. Frankweiler fantasies and enjoy wandering the rooms of one of the city’s premiere museums at 11 p.m.