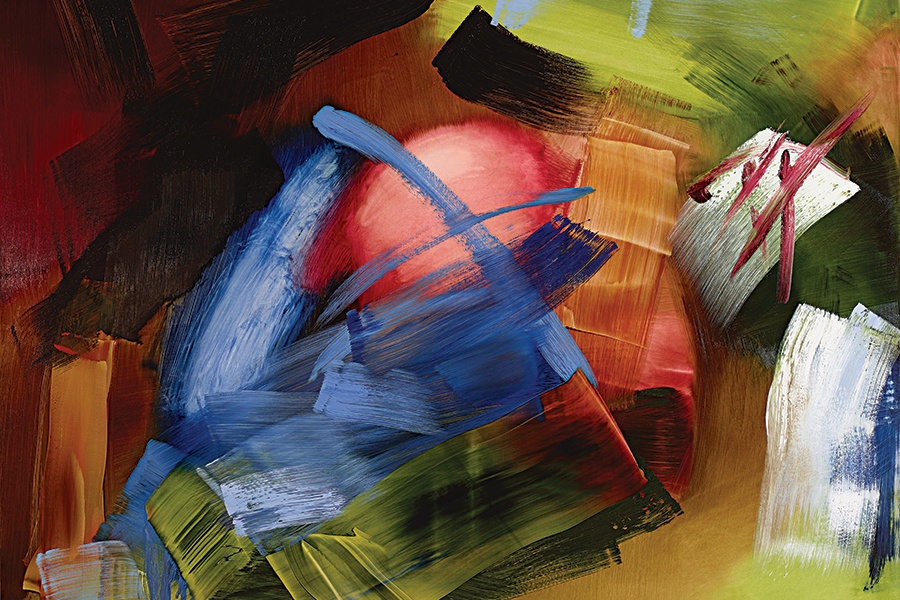 “I was a bookish kid who often went to the Frick,” says Elise Ansel. Later, as a Brown University student caught up in the whirl of radical, liberal thinking, her devotion to the Old Masters was rekindled. “I realized that these exquisite paintings were presented from the male point of view—as if that was the only one that mattered,” Ansel says. Those paintings became her points of departure.

Ansel chooses a masterpiece she feels drawn to aesthetically, then unpacks it. “I’m not hunting for issues; I’m just looking at work that appeals to me visually,” she clarifies. In her Maine studio, she sketches a piece multiple times with abandon, then reimagines it on canvas, using the original’s color and composition as a guide. Her bold, gestural strokes occlude the pictorial content, interrupting (even subverting) the narrative. This allows a new, more inclusive meaning to emerge.

“I don’t want to cancel the originals. I want to honor everything I love about them while pointing out that there are other points of view,” the artist says. “It relates to the agency to rewrite your own script. We have greater power than we think.”