The 12 Best Museums in Boston

Where to visit, whether you're a visitor or planning out your staycation. 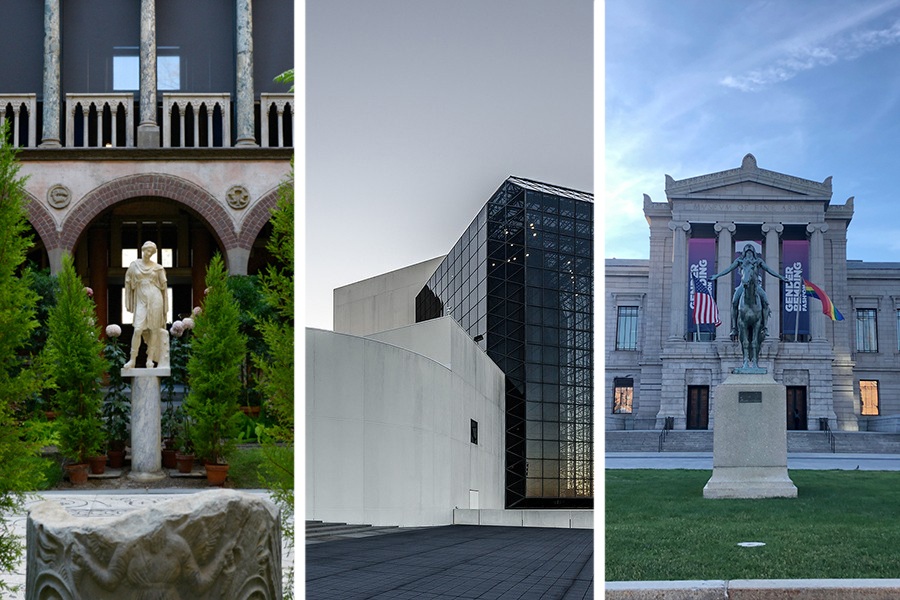 It’s no secret that Boston is a scholarly town. We’ve got top-notch universities, prestigious art collections, unrivaled ties to American history, and a long list of dynamic museums where you can learn about it all. For both longtime residents and travelers passing through, there’s plenty to be learned in the 60+ museums that span the city—the hardest part is choosing which ones to visit. That’s where we come in. Whether you’re into German expressionism, maritime history, the life cycle of the lobster, or taxation without representation, here’s your guide to Boston’s must-see museums. 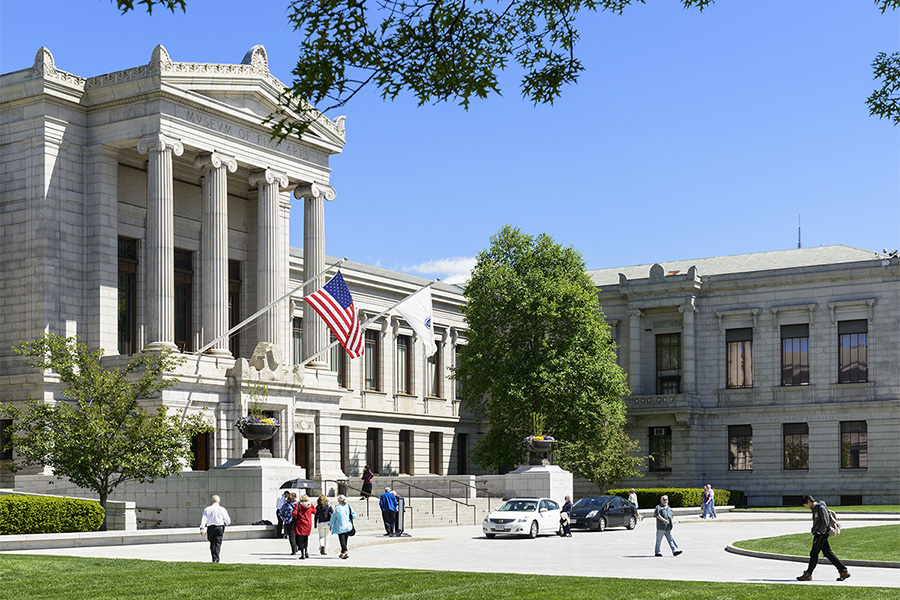 As one of the oldest art museums in the country, the MFA has had almost 150 years to build up its collection—so, if you’ve only got time to make one museum stop in Boston, this is the one to choose. You could spend hours wandering through the 500,000+ works of art on display, admiring everything from Greek and Roman coins to ancient Chinese sculpture to Warhol works. 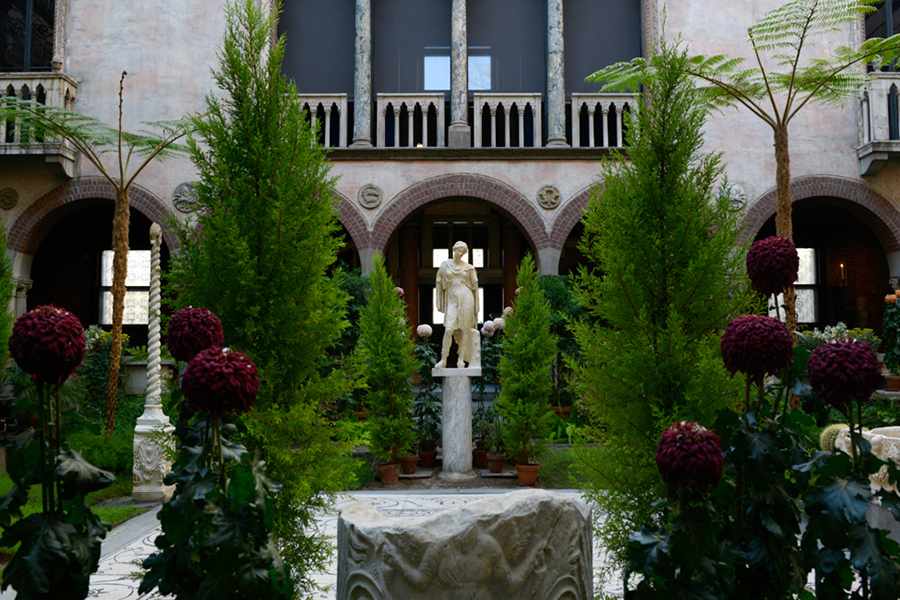 While it may be just down the street from the MFA, the Gardner couldn’t be more different from its neighbor. Once the home of Boston art collector Isabella Stewart Gardner, the museum is modeled after Venice’s Palazzo Barbaro, with pink stucco walls, arched windows, and a stunning indoor courtyard. But don’t let the architecture distract you too much, as Gardner’s eclectic collection of tapestries, paintings, sculptures, rare books, and furniture shouldn’t be missed. For true crime lovers, this museum has some extra appeal, too—in 1990, thieves made off with 13 works from the Gardner’s collection in what remains the largest unsolved art heist to this day. 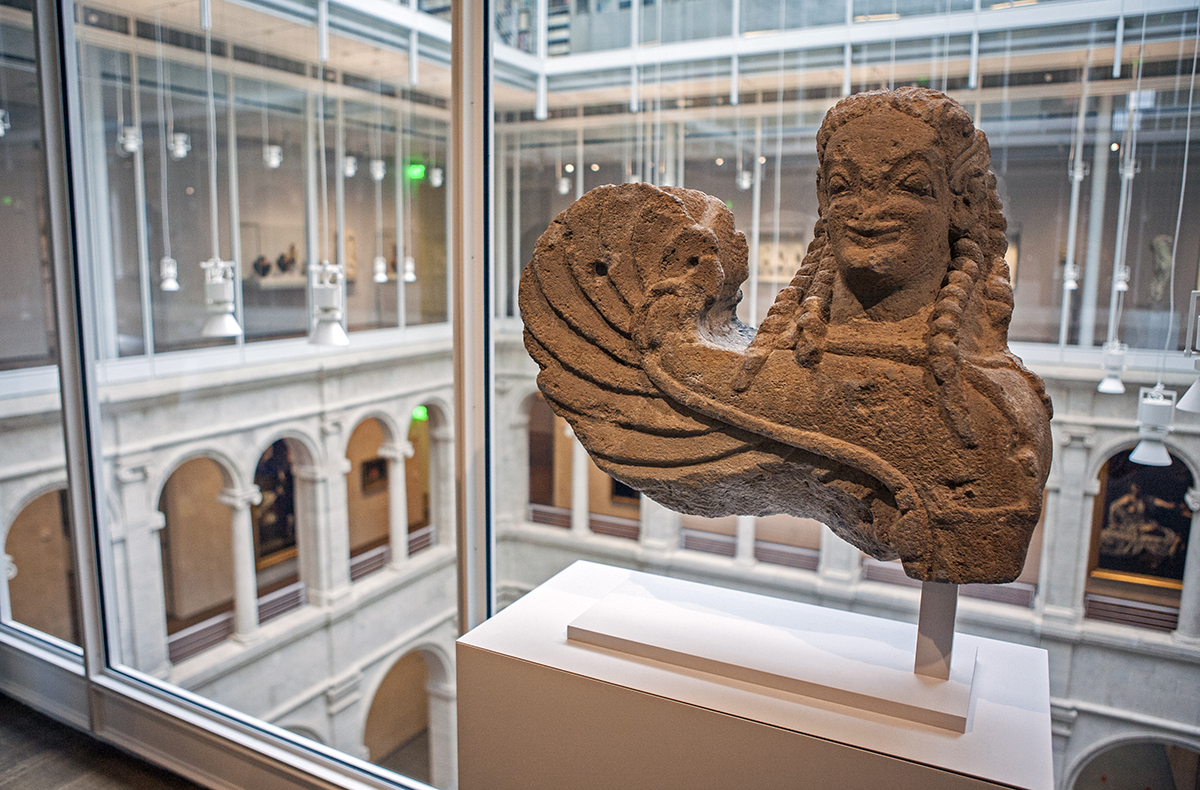 There are top-notch art galleries to wander no matter what side of the Charles you happen to be on. Just a short walk from the heart of Harvard Square are the Harvard Art Museums, three comprehensive collections of works that were united into one airy, bright, and spacious facility in 2014. Will you make a beeline for the German expressionism, Bauhaus memorabilia, or working pipe organ of the Busch-Reisinger Museum? The Western prints, plasters, and drawings of the Fogg Museum? Or the Asian, Islamic, and Indian art of the Arthur M. Sackler Museum? No matter how you choose to browse, you’ll leave with a little more of those Harvard smarts. 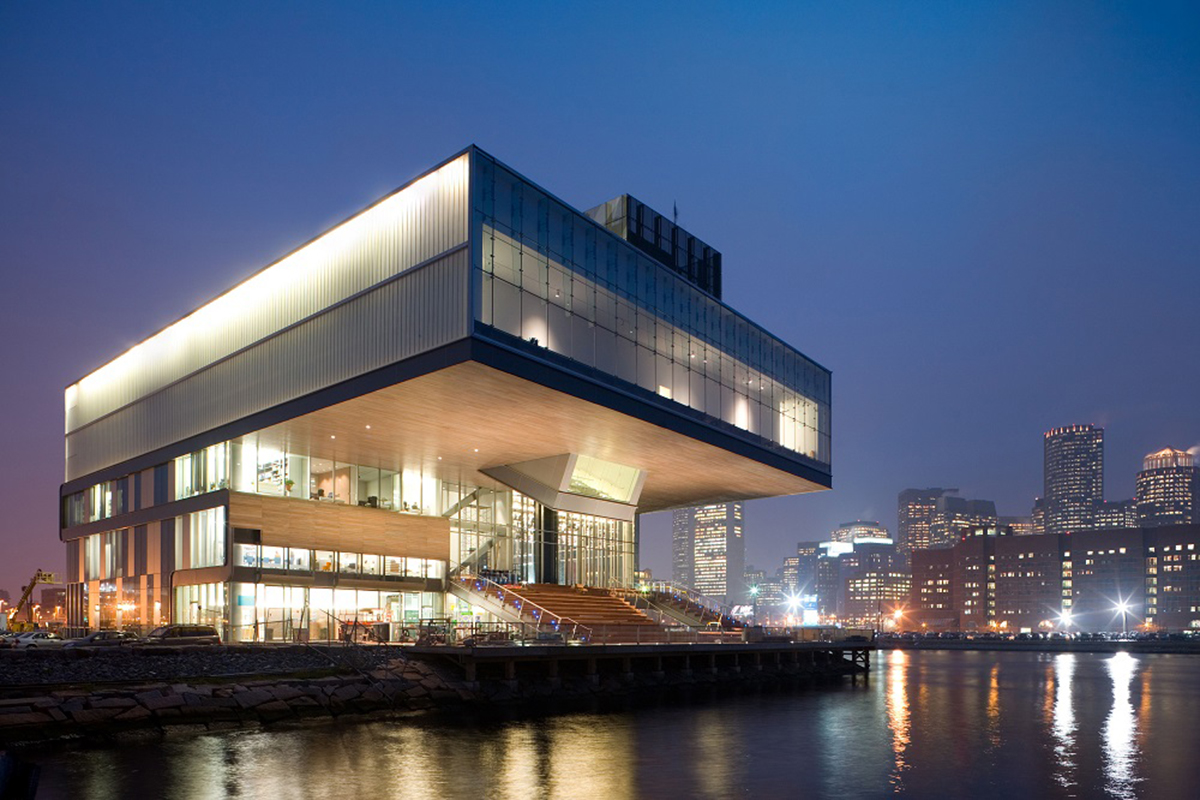 Located among the glass skyscrapers of the ultra-modern Seaport, the ICA’s collection is small but mighty. The museum pairs its contemporary art with educational series, performances, and a rotating lineup of dynamic exhibitions by artists like Firelei Baez, Vivian Suter, and Sterling Ruby. Plus, the building, a cavernous glass and metal construction overlooking the Boston Harbor, is a work of art itself. The views from the museum’s fourth-story cantilever are rivaled only by the views from the ICA’s free water shuttle to the Watershed, the museum’s satellite campus that hosts an immersive exhibition each summer. 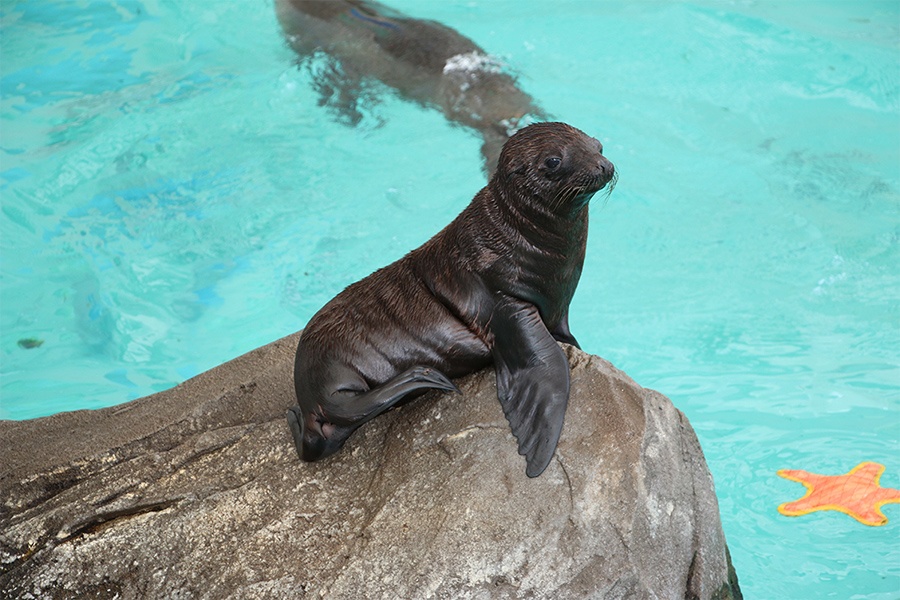 There’s a reason why it’s one of Boston’s most beloved cultural institutions. The New England Aquarium is home to thousands of aquatic creatures, from lionfish and octopi to harbor seals and penguins. As you make your way through the exhibits, you’ll circle the Aquarium’s four-story, 23-foot-deep central attraction, the Giant Ocean Tank. Keep your eyes on the tank on the way up, and you’ll catch glimpses of coral reef, stingrays, eels, fishes, and Myrtle the Turtle, a green sea turtle who has called the Aquarium home since 1970. Can’t spend enough time under the sea? Tack an IMAX movie or a whale watch onto your aquatic adventure. 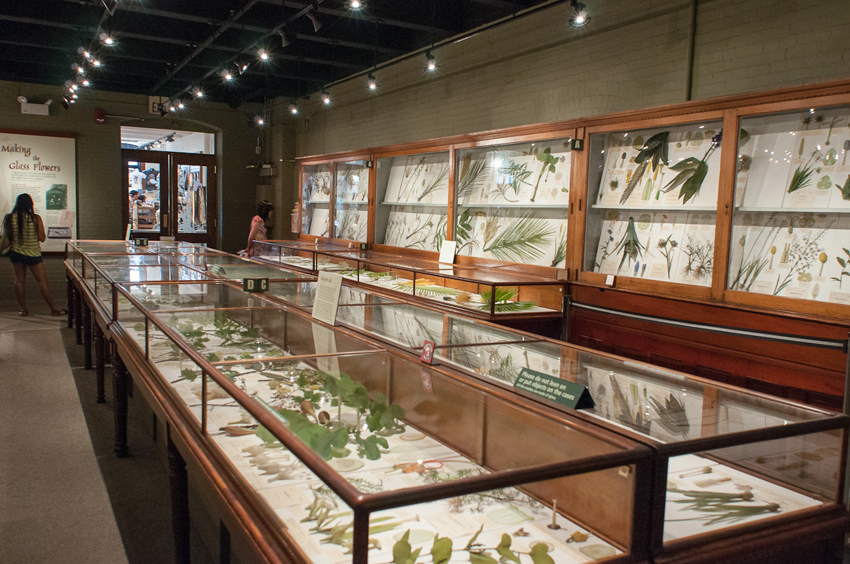 You can see animals at the zoo any day. If you really want to get up close and personal with peacocks, sloths, jaguars, and hippopotami, head to Harvard’s natural history museum—it’s home to one of the country’s oldest and most diverse menageries of stuffed animal specimens. Taxidermy not your jam? There are moon rocks and dinosaur bones to check out too. And no visit is complete without viewing the museum’s glass flowers exhibit, where you can view delicate glass models of plants so lifelike you’ll think they were just plucked from the garden. 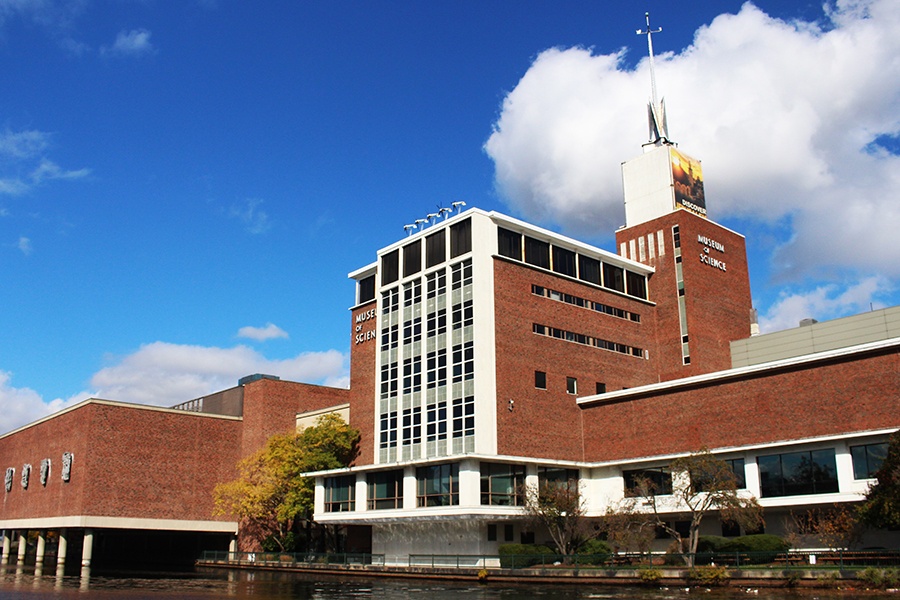 1.5 million yearly visitors don’t lie. As the most attended cultural institution in New England, the Museum of Science is a can’t-miss. The 130,000-square-foot museum has a wide range of hands-on exhibits, exploring topics from conservation to optical illusions to nanotechnology. It’s also home to a planetarium, an IMAX theater, and most famously, the Thompson Theater of Electricity, where you can experience a flashy indoor lightning show. 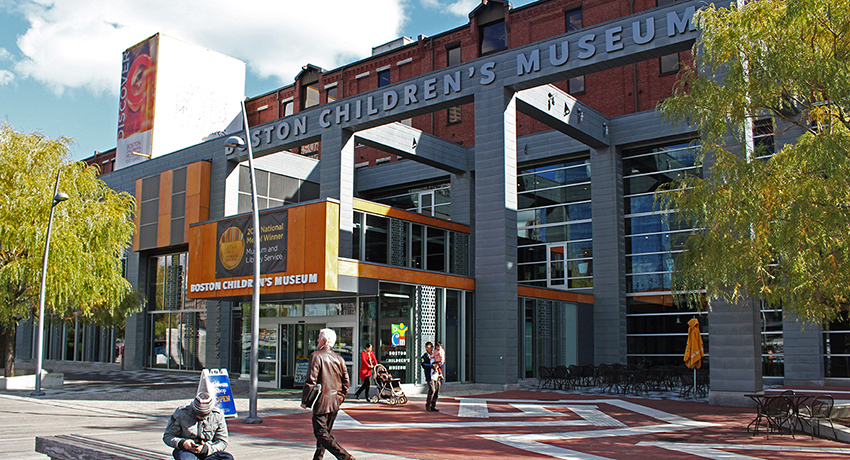 Not quite sure that your little one will be able to keep her hands off the priceless works of art in some of the museums you just scrolled past? This is the spot for you. The Boston Children’s Museum says it established the first-ever hands-on museum exhibit, and the museum has remained on the cutting-edge of children’s museums ever since. Online reviews from parents say that babies through 10-year-olds will get the most out of the museum’s three-story maze, science exhibit, Japanese House, and more, but even kids-at-heart will enjoy the museum’s quirky architecture and sweeping views of the Fort Point Channel. Plus, the museum is well-equipped to host families, with stroller parking, baby changing tables, and a lunchroom where you can bring-your-own fare from any of the kid-friendly Seaport spots nearby. 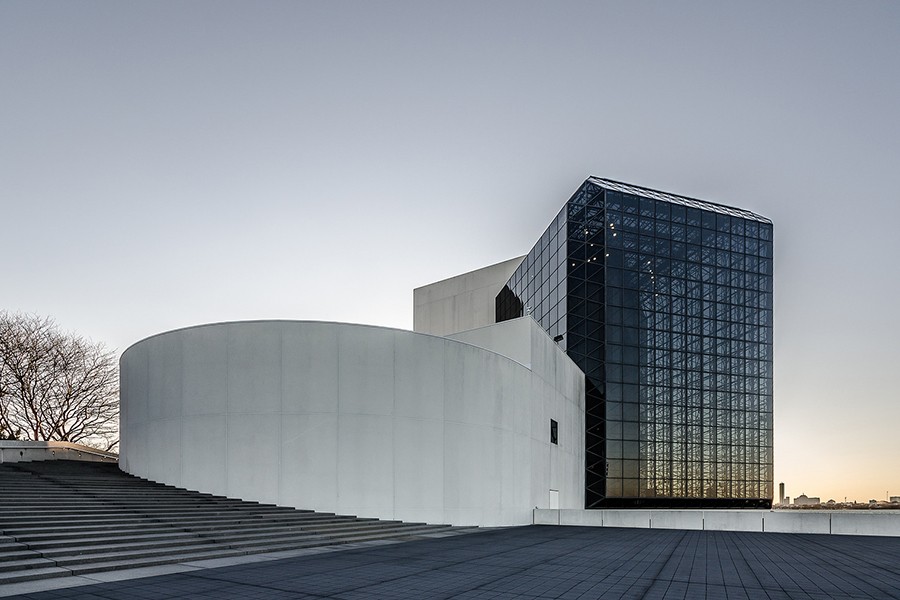 Did you prep for your trip to Boston by watching Thirteen Days or Jackie? Did you pack a pillbox hat in your luggage? Are you always asking not what your country can do for you, but what you can do for your country? Then a visit to the JFK Library and Museum better be on your itinerary. This memorial, housed in a sparkling, modern I.M. Pei construction, has 22 permanent exhibits that span the life of President #35, from his childhood to his 1963 assassination. The museum also offers some of the best views of the Boston skyline and the Harbor Islands through its striking floor-to-ceiling windows. 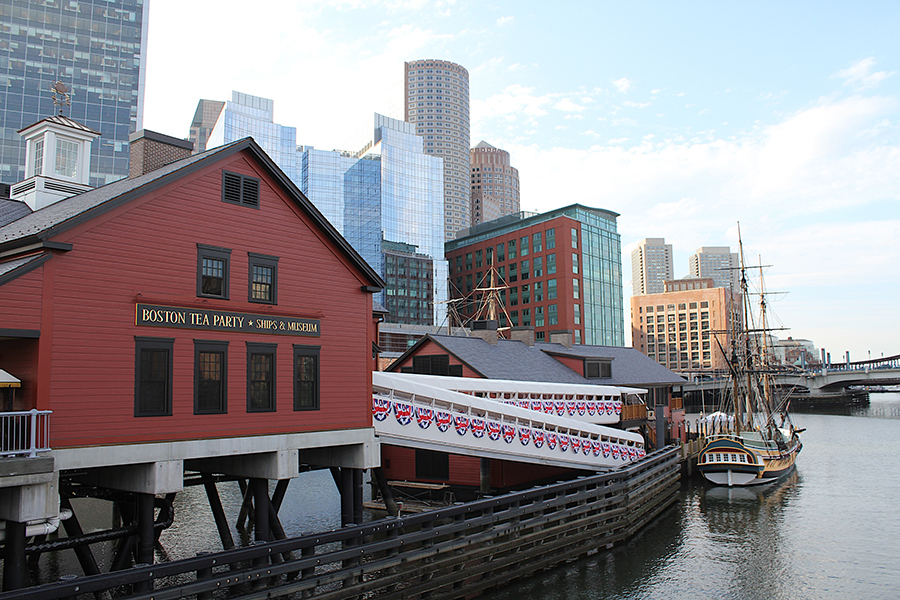 If you’re looking for something a little more dynamic than a sedate stroll around an art gallery, head to the museum dedicated to Boston’s greatest claim to rebellious fame. The Boston Tea Party Museum is a “fully-immersive,” one hour guided experience, complete with role players, interactive exhibits, and, of course, replica ships, from which you’ll get a chance to dump some (pretend) tea into the harbor. Yes, it’s a bit of a Disney-fied version of the historical event—but it’s hard not to hum along to the jaunty pennywhistle music and chant with Samuel Adams in the meeting house, even if you’re rolling your eyes. 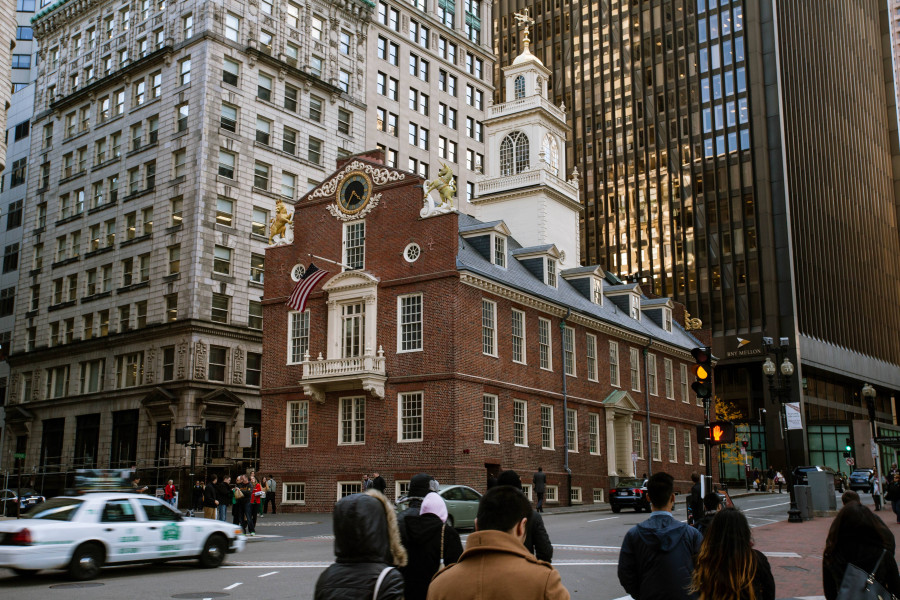 For a peek into Boston’s history right in the center of the city, look no further than the Old State House, the oldest surviving public building in Boston. Originally constructed in 1713 to house the government of the Massachusetts Bay Colony, the Old State House is now a small museum dedicated to the role Boston played in the American Revolution (It’s also a T stop, making it the perfect spot for some rainy day edutainment). The museum is designed to be self-guided—a walkthrough takes about 40 minutes to an hour, according to the museum’s website—but a tour focused on the history and preservation of the building and a tour detailing the Boston Massacre are also available for those who want to learn more. 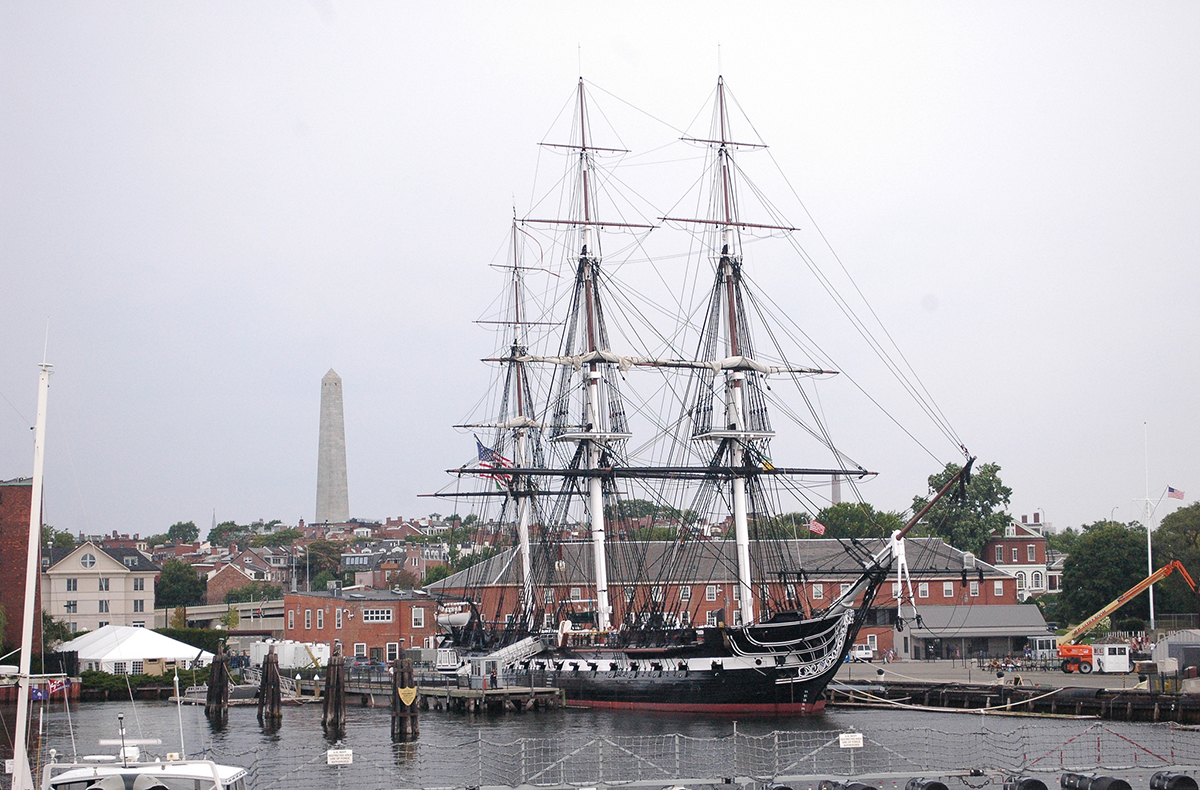 She may be located at one end of the Freedom Trail, but she’s worth the walk. The USS Constitution, also known as Old Ironsides, is the world’s oldest commissioned naval vessel still afloat, most noted for the role she played in the War of 1812. You can learn about the ship’s history through interactive exhibits and a collection of artifacts at the museum, then climb aboard for an up-close-and-personal look at this piece of Naval history. Note: The ship is still owned and maintained by the U.S. Navy, so you’ll need to go through a security screening to board, and visitors over the age of 18 will need to show a state or federal I.D.