Your can’t-miss guide for what to do, see, and hear this fall. 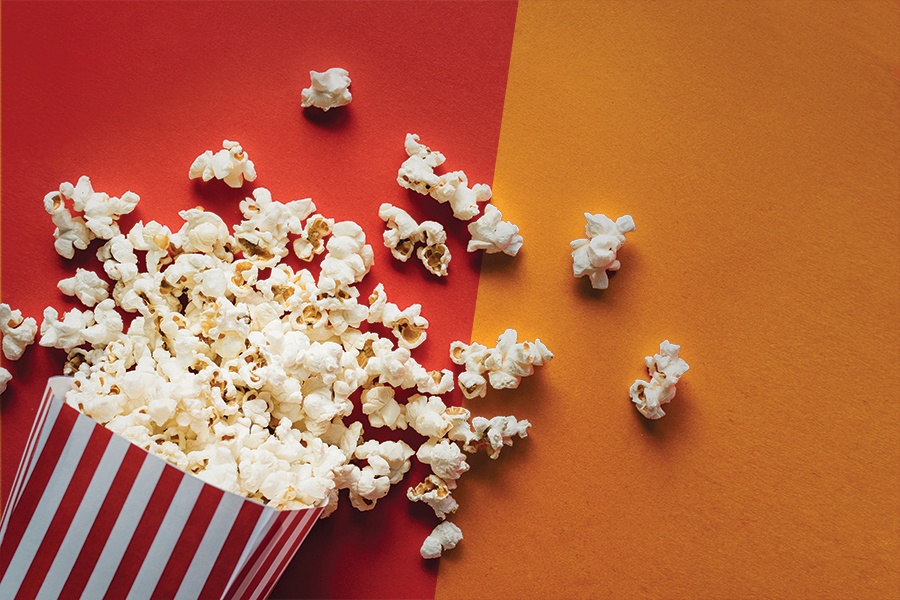 Four colorful murals from the Street Theory collective are a fixed feature of this temporary multidisciplinary art space that has transformed a Cambridge parking lot through October. Launched by the Central Square Business Improvement District, the exciting project includes near-nightly fall-arts experiences—from live shows at a socially distanced amphitheater to exhibitions on wide wall space.

Produced twice monthly “in solidarity with the Black Lives Matter movement,” the Boston Center for the Arts’ Lunchtime Listening Sessions highlight performing artists who nourish the soul in dispiriting times. See: Spoken-word poet Amanda Shea, slated for the September 2 session, whose expressiveness has been equally at home on local stages and on the State House steps during police-reform protests.

Have a gas at the Parking Lot Social.

Standup comedians will get you laughing from your car’s front seat when this city-hopping tour pulls into Boston. Imagine the Coachella version of a drive-in theater: a multi-evening festival (running through September 6) with live entertainers and nostalgic movies projected across 40-foot screens; DJ sets and “car-a-oke” singalongs broadcast to your dashboard radio; and even kid-friendly activities by day. 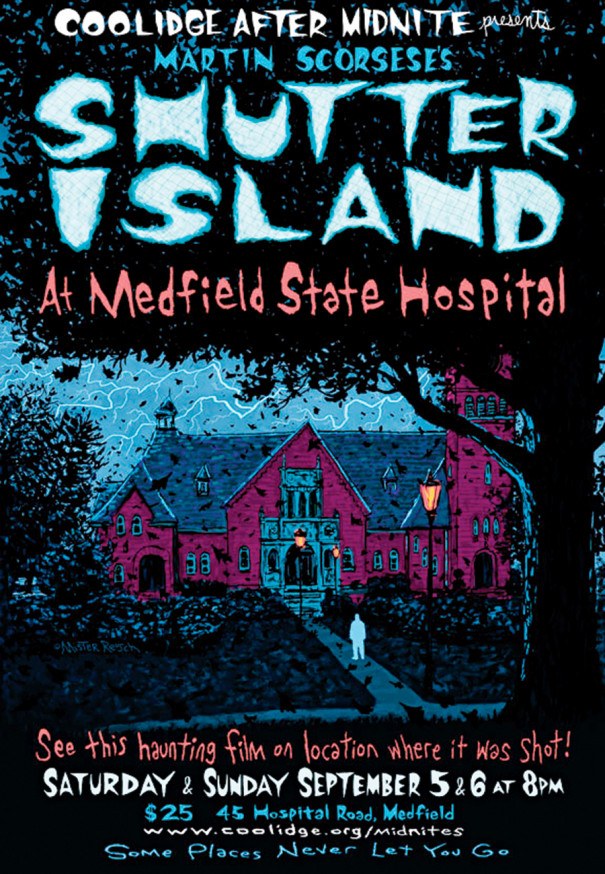 Watch a frightening flick where it was filmed.

Brookline’s Coolidge Corner Theatre, a historical art deco movie palace, hasn’t yet reopened. But that’s not stopping it from planning screenings outdoors—including a two-night offering (September 5 and 6) of the Leonardo DiCaprio–starring, Martin Scorsese–directed thriller Shutter Island, shown right on the eerie, abandoned grounds of Medfield State Hospital, where it was filmed.

Jump into a new chapter of virtual author talks.

Brookline Booksmith’s ongoing series of readings and discussions has moved online. Where to start? Tear into Animal Wife—New England–based author Lara Ehrlich’s award-winning new collection of 15 short fictional tales about ferocious, independent women challenging the cage-like confines of traditional femininity—then tune into a conversation with the writer herself on September 10. 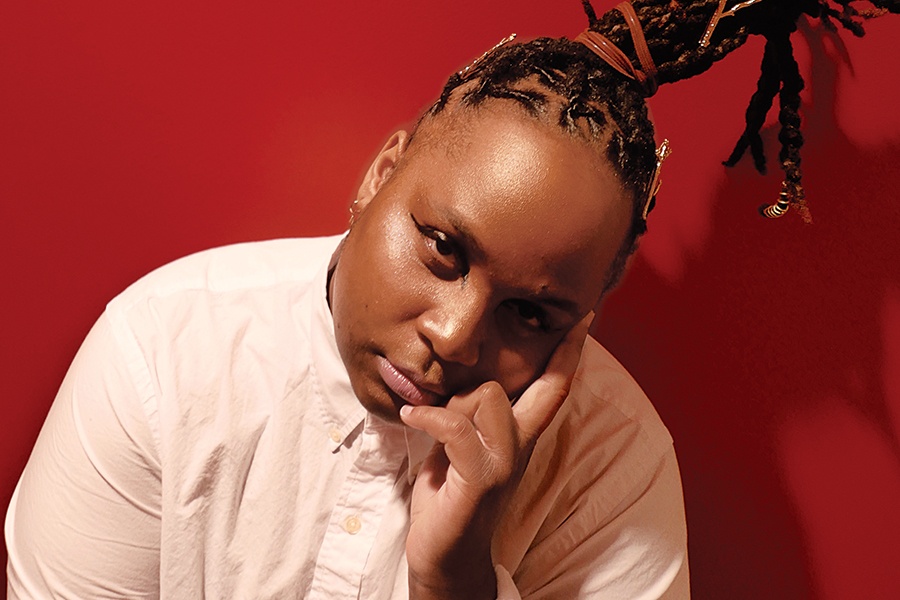 Poet-rapper Oompa performs live on the grounds of the MFA in September. / Photo by JME

Until its galleries reopen, the MFA is moving the action outside—and partnering with the Roxbury International Film Festival on events that amplify creatives of color. Our top pick? A live concert on September 10 headlined by two powerful queer Black artists: passionate poet-rapper Oompa and the honey-voiced song-maker Anjimile, whose debut album, Giver Taker, drops this month. 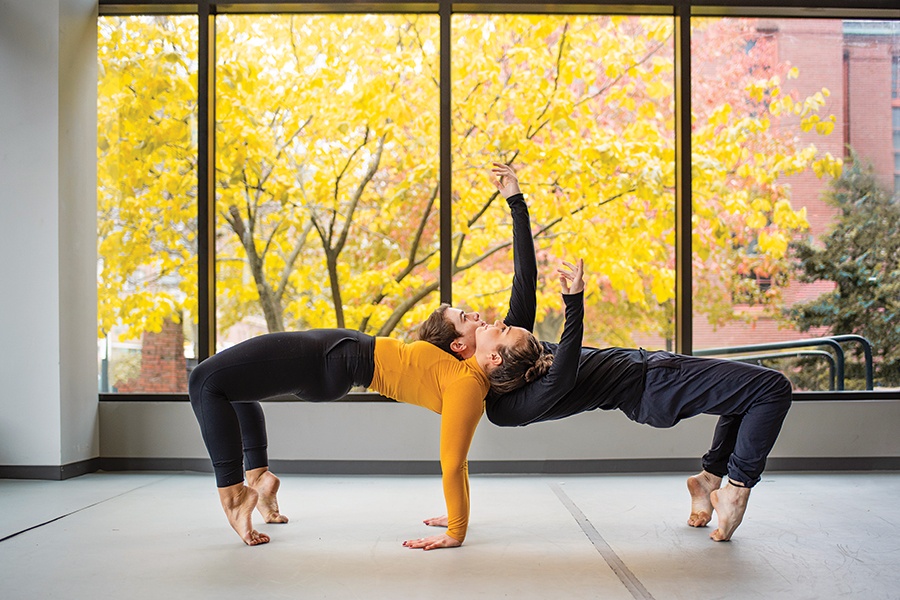 Go on an annual dance crawl through the South End.

For the 10th anniversary of its signature fall event, Urbanity Dance—a cutting-edge contemporary company—will escort guests in self-selected “quarantine pods” through a series of site-specific performances in the neighborhood streets. This year’s crawl, titled “Hyper Linked,” runs September 24 to 26 and explores ideas of human connection. Sounds like a groovy antidote for our isolating times.

Opening September 30, the Institute of Contemporary Art’s first post-pandemic exhibition is perfect for the #AloneTogether era. A massive sound and video installation by Icelandic artist Ragnar Kjartansson, “The Visitors” cobbles together an hourlong composition from footage of folk-gospel musicians performing within quarantined rooms of the same sprawling farmhouse. Kjartansson, for instance, is seen strumming his guitar in the bathtub.

“Shock the Vote” at the Salem Horror Fest.

See our region in a wholly new light.

The Northeast’s religious roots in Bible-thumping Puritanism are well documented. But “Visionary New England,” an illuminating exhibition that opens October 8 at Lincoln’s deCordova Sculpture Park and Museum, uses paintings, site-specific installations, and other mediums to highlight the many forward-thinking, far-out leaders in spiritualism, utopianism, animism, and other mystic paths who have also emerged from this part of the country.

Meet the muse who inspired one of America’s most famous portraitists.

Celebrate the music of a master.

Back in the pre-pandemic days, the New England Conservatory kicked off its Beethoven250 concerts, a yearlong initiative to commemorate the composer’s birth by playing every (yes, every) one of his solo piano works. The unique series, a world’s first, returns in virtual form on October 13, and culminates in a sweeping, 11-hour concert of all of Beethoven’s piano sonatas.

The award-winning social-justice-focused organization Abilities Dance Boston elevates performers—especially queer people and artists of color—whose physical abilities have led to exclusion from other professional dance companies. So expect its live-streamed show on October 29, an exciting highlight of Celebrity Series of Boston’s fall program lineup, to showcase its dancers’ limitless talent and an accessibility-minded vision for the arts.

Train your critical eye on a cross-cultural film festival.

Thanks to the pandemic, the 10th annual Arlington International Film Festival will share its diversity-minded, global roster of short and feature-length films via the World Wide Web from November 5 to 15. Here’s another festival first: your chance to weigh in on an Audience Choice Award for the poster design that best conveys the spirit of the event in 2D form. 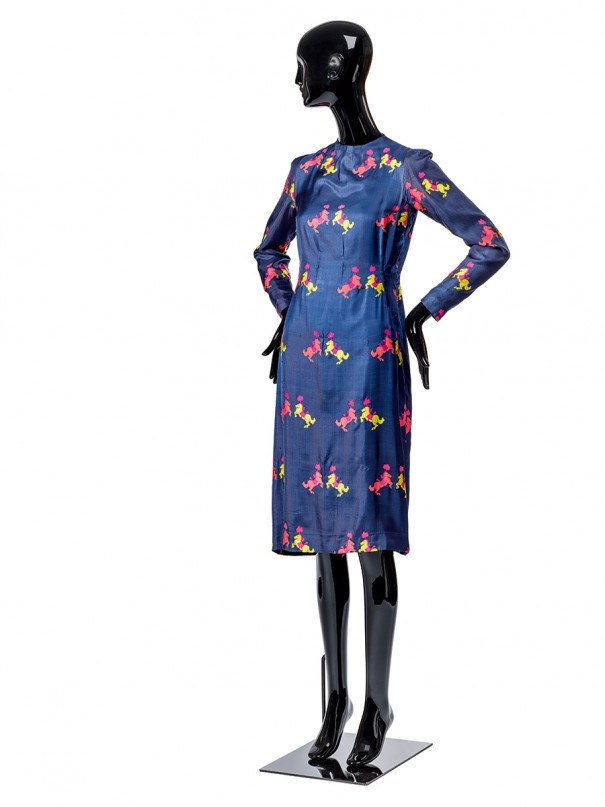 Thread your way over to a stylish new showcase.

The exhibition “Made It: The Women Who Revolutionized Fashion,” which is scheduled to open at the Peabody Essex Museum on November 21, is a wardrobe we’d love to raid: 100-plus pieces representing female designers throughout history, from Mary Todd Lincoln’s seamstress to Coco Chanel, and from street fashion to haute couture.