Free Things to Do in Boston This Weekend

All the best free things to do, events, and more around Boston this weekend. 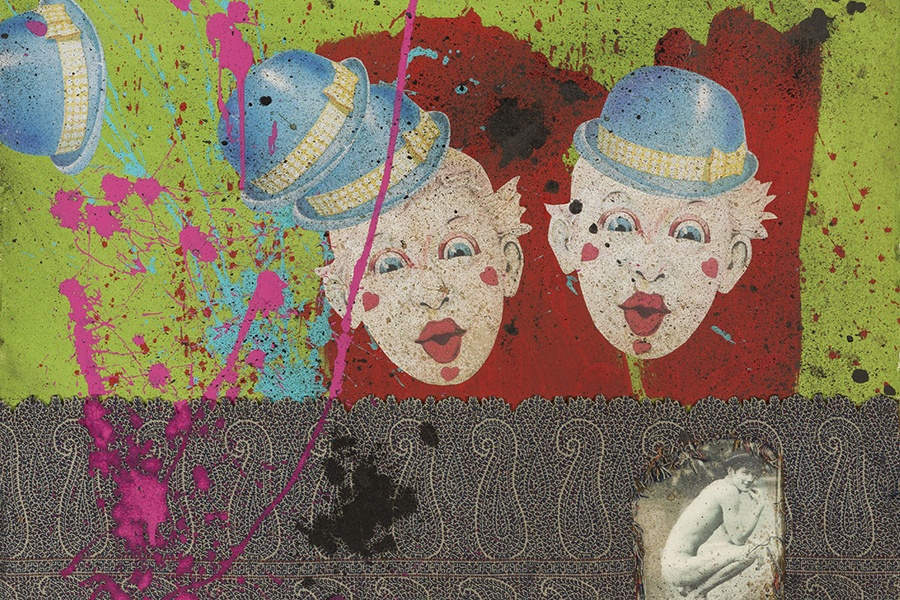 The mythical tale of Narcissus, a vain hunter from Thespiae who fell in love with his own reflection, birthed the modern word narcissism — an egoistic obsession with oneself. While the myth commonly warns against vanity, multimedia artist Don Joint seeks to address the story’s overlooked homoerotic undertones. His Narcissus collection combines collages, bottles and other found objects with photographs of desirable models to recreate Narcissus’ sensual reflection for the viewer’s gaze. The exhibit goes on display in honor of Pride Month and the 50th anniversary of the Stonewall Riots, alongside works by other LGBTQ artists.

Objects in Monitor Are Closer Than They Appear

Be careful not to corner these eight artists into the limiting genre of “new media.” Though the exhibit features elements of virtual reality, audio and video, moving image and immersive experience, Objects in Monitor Are Closer Than They Appear asks viewers to rethink their relationship with communication, media and technology, rather than blindly honoring “progress as a false idol.” Pieces on display address conflicts of religion and capital, planned obsolescence, and nostalgia for the future. 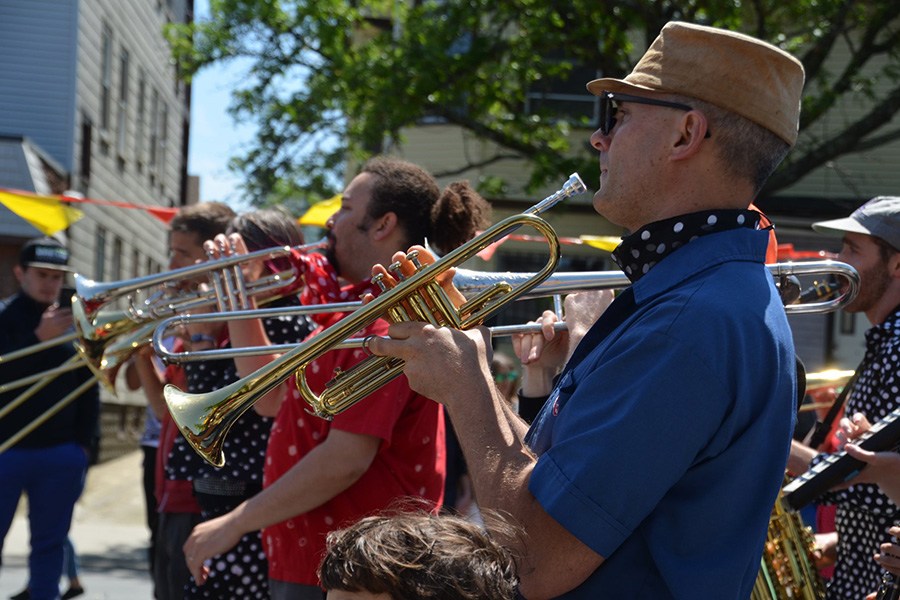 Free and open to the thousands who flock to Cambridge’s streets each year, this annual festival hosted by the Cambridge Arts Council features live stage and wandering performances, hands-on art activities, and hundreds of art and food vendors. This year, learn how you can take action to save the planet with activities hosted by the the Climate Action Extravaganza, or take part in a glitter-free marching Mermaid Promenade. This festival wasn’t named Boston Magazine’s Best of Boston Arts Festival two years in a row for no reason.

During Historic New England’s annual statewide Open House, you can take a free, guided tour of the impeccably preserved Otis House in Beacon Hill. Designed by Charles Bulfinch for Boston lawyer and mayor Harrison Gray Otis and his wife, Sally Foster, the Otis House is the oldest surviving mansion in Bowdoin Square. Learn about the Otis family’s life, as well as the mansion’s later uses as a clinic and boarding house before it’s detailed restoration in 1960. 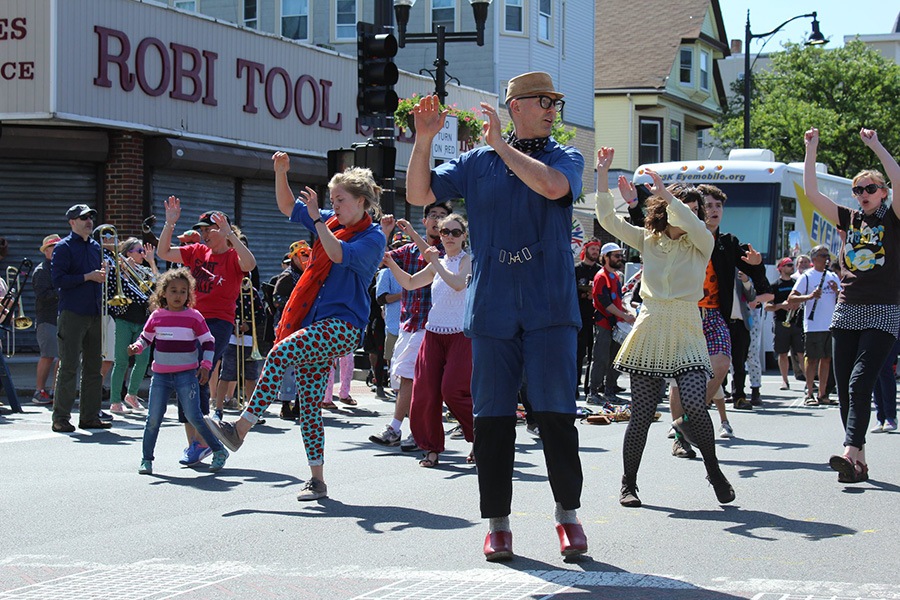 Somerville residents dance in the streets during the 2018 Carnaval. / Photo courtesy of East Somerville Carnaval

First, an influx of German and Irish immigrants in the 1840s transformed Hyde Square with their schools and businesses. Over a hundred years later, Cuban, Puerto Rican and Dominican immigrants changed the makeup of the neighborhood once more. This guided tour by the Jamaica Plain Historical Society explores pivotal spots in Hyde Square — from the home of prominent music historian Maud Cuney Hare, to the former site of the Perkins School for the Blind. Plus, explore the Sunnyside neighborhood, where philanthropist Robert Treat Paine built homes for working class families in the late 19th century.

Celebrate summer with modern day meeting-spot and restaurant Glass House at their ultimate seasonal kick-off party. What’s on deck? Live acoustic performances, giant Jenga, summer drinks, and family-friendly fun. Plus, if you RSVP in advance, you’ll be entered to win a surprise “Day Out in the City” prize pack.

In the late 60s and early 70s, legendary jazz composer Duke Ellington performed three “Sacred Concerts” in major cities like San Francisco and New York, describing the shows as “the most important thing” he’d ever done. As part of their goal to bring excellent performing arts to venues across the city, the Celebrity Series of Boston will host two free Sacred Jazz performances conducted by Paul White, and accompanied by tap dancer Shaina Schwartz, narrators Dolores Handy and Barry Gaither, and the Paul White Piano Trio. 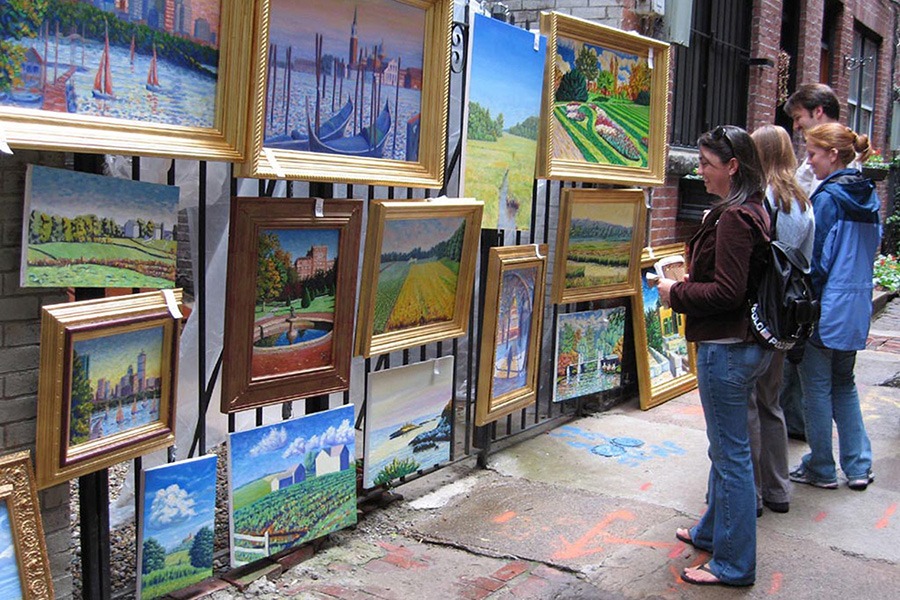 Explore all the hidden corners of Beacon Hill’s North Slope during this annual community art walk. Residents unveil hidden gardens, secret courtyards and private alleyways for local artists to display their work while musicians serenade roaming passerby with live performances. With over 100 artists on display and a soundtrack of classical and folk tunes, this art walk promises something for every creative mind to enjoy.

In the midst of the Peters Hill gingko collection, the most genetically diverse exhibition of wild gingkos in North America, learn about plant diversity, natural history and the importance of public gardens from Arnold Arboretum staff and volunteers. Beginning in the early afternoon, arboretum horticulturist Laura Merle will speak on the life of the ginkgo, followed by a tour through the trees by arboretum docent Kevin Schofield.

East Somerville’s annual neighborhood-wide festival takes to the streets again this Sunday with an opening parade headlined by drumming band Grooversity, led by Brazilian percussionist Marcus Santos. Dance like nobody’s watching to the music of singer/songwriter Tarcisco Alves Forro Roots, and Boston’s first all-female mariachi band at the East Stage. On the other side of the festival, hear the Torito Pinto Marching Band perform, as well as Grupo Los Nitidos and Cameilia Latin Dance Band. If live music doesn’t tickle your fancy, stick around for performances from Boston Hoop Troop and Esh Circus Arts.