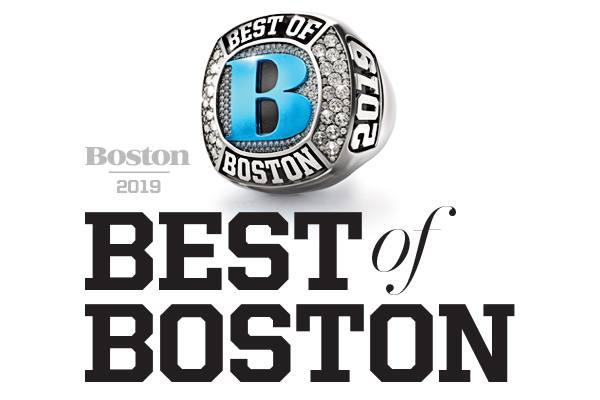 You must enter a value into the award field or select year.
2010
Best Place to Grab a Drink Solo 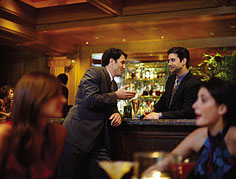 The Four Seasons' lounge caters to both sorts of solo patrons: those who find themselves alone, and those who wish to be left alone. The skilled barkeeps are the city's quickest studies of stag drinkers, able to gauge whether you're up for a chat, a snack, or a stiff drink and silence. And the Bristol's cozy appointments make it perfectly suited to parties of one. 200 Boylston St., Boston, MA 2116,

You know what they say about cleanliness and godliness. Which must be why visits from Crystal Clean always leave your home so divine. A four-person team buffs and shines down to the hard-to-reach spots and tops it all off with finishing touches—dusted reading glasses, triangle-folded toilet paper—that other services often skip. Boston, MA 2116, http://crystalcleanboston.com

A caged kennel for Fifi? Quelle horreur! Now there's a doggie bed and breakfast where she can lounge like she's in her own living room. Common Dog, which opened last year, boards dogs overnight in a home-style setting, right down to sleeping on worn sofas and romping in a gravel backyard with wading pools. It also doubles as doggie day-care service, picking up canine campers in a small white bus so they can play while their owners are out earning their kibble. 22 Park Terrace, Everett, MA

This is what you might call seafood in the rough: You stand at the counter, shout your order, eat it, and leave. But paper plates and plastic cutlery aside, there's very little that's actually rough about Woodman's, which offers some of the smoothest fried seafood around. The breading isn't a disguise for a small and salty chunk of meat, as it is at lesser seafood shacks, but a crispy golden complement to the tender bivalves beneath. 121 Main St., Essex, MA http://woodmans.com/

At a resort, it's easy to get lost in the shuffle. But not here, where a personal concierge caters to your whims. That's a welcome addition to the Ocean Edge, which has undergone $50 million in renovations to its villas, mansion rooms, and restaurants. So now you get the coddling you'd expect from a boutique hotel, plus smart touches like a fridge stocked with ice cream and all the fixin's for s'mores if you book a villa. 2907 Main St., Brewster, MA http://oceanedge.com 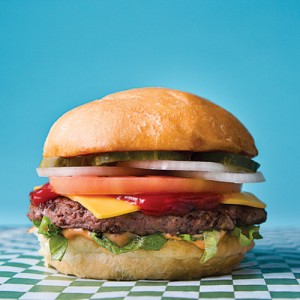 Too often, South Shore diners are stuck in that wasteland between kid-friendly chains and adult-only, white-tablecloth restaurants. Enter Wahlburgers, the brainchild of chef Paul Wahlberg. From classic double cheeseburgers to creative specialty sandwiches (like the "Thanksgiving," with ground turkey, stuffing, and cranberry sauce), this place caters to kids and more-refined palates alike. Of course, the creamy frappes will gratify all generations. 19 Shipyard Drive, Hingham, MA 2043, http://wahlburgers.com

Some suburban day spas, catering as they often do to busy moms, have entirely missed the point of an escape: A noisy cut and blow-dry during a massage is not relaxing. But the Lexington outpost of Bella Santé gets the pampering thing down perfectly with imported teas, soothing music, and peaceful treatment rooms. And, of course, one-at-a-time services that are stress free. 76 Bedford St., Lexington, MA http://bellasante.com/

While these days any clothing boutique worth its counter-side Hanky Panky display boasts a 'denim wall,' none can touch the selection at the downtown Barneys. The racks and tables and shelves of jeans include the blue-chip (True Religion, Paper Denim & Cloth), the hard-to-find (Acne, Edun), and the affordable (J Brand, Cheap Monday). Bargain hunters salivate over the store's semi-annual sale, which recently saw a pair of $300 Ksubis go for less than $60. 100 Huntington Ave., Boston, MA 2116, http://barneys.com

You won't find modern, four-star Greek cuisine at this hole in the wall. But in an oddly delightful way, it reminds us of every humble neighborhood taverna we've savored in Greece, from the blue-and-white paper place mats to the scattered but amiable service. The tzatziki is a house specialty, the moussaka hearty and delicious, the ;horiatiki a true Greek salad—all plates so tasty, we'd be loath to smash a single one. 202 3rd St, Cambridge, MA 2141, http://desfina.com

The Martin's formula—cozy atmosphere plus simple, delicious food—lures regulars out of bed to feast on crisp veggie omelets, buttery-rich French toast, and grilled muffin specials (the oatmeal cinnamon is stellar). Paper mats and crayons top the wooden tables, and the waitstaff often plucks up the best drawings and tacks them to the diner's bulletin boards. Despite repeated attempts, we've never made the wall, but we'll happily continue to get full trying. 49 Railroad St., Great Barrington, MA 2351, 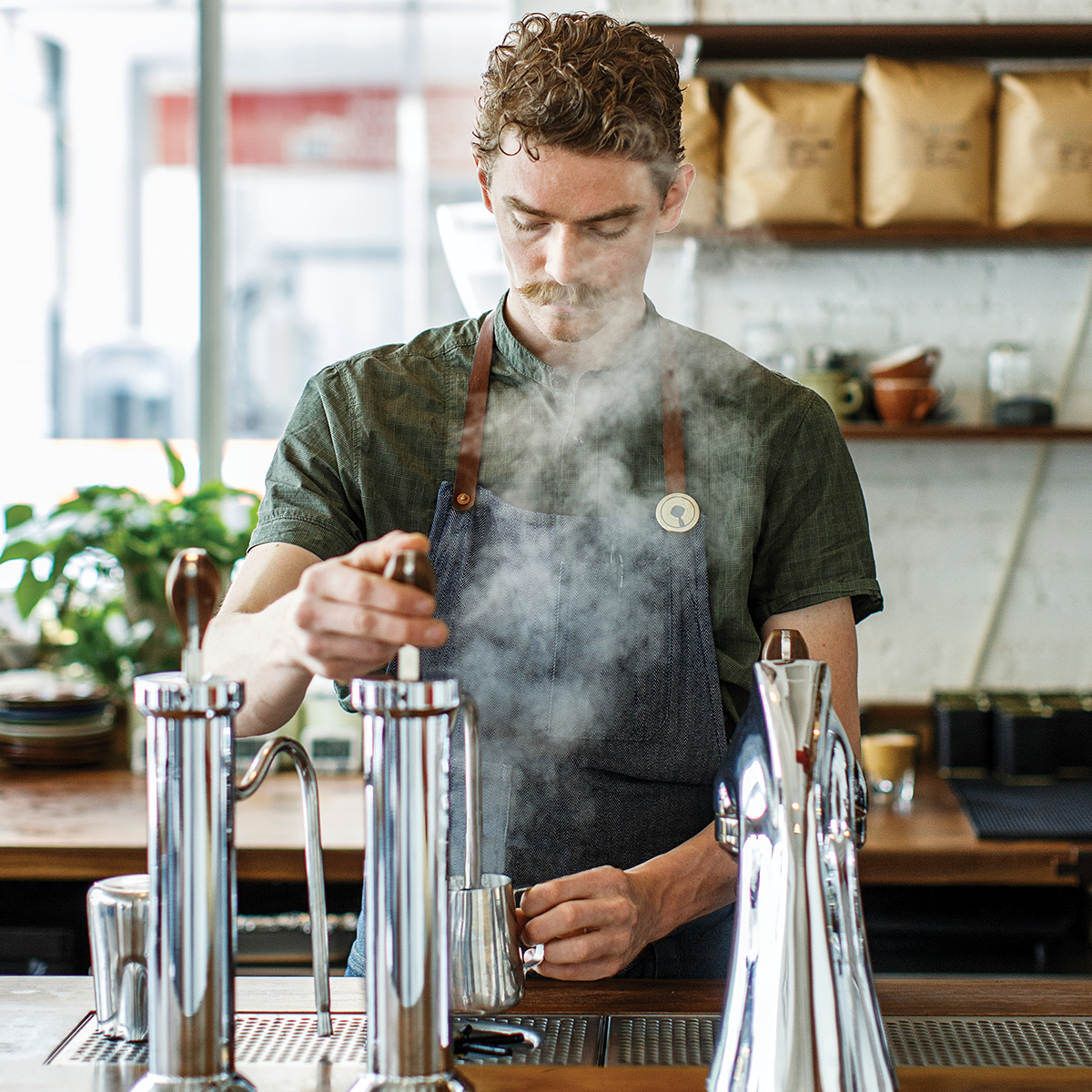 Warning: This is not the type of corner café you can turn into a makeshift office. Instead, the dual-use space, shared with Downtown Crossing’s Graffito SP, caters to serious coffee fiends. Presiding over the Modbar espresso machine are former Coffee Trike barista San Bellino and his team, who dole out the best cortados around using nuanced beans from partner Patrick Barter’s central Massachusetts roastery. That attention to detail also extends to the eats, with cheddar-chive-bacon biscuits and molasses scones prepared daily by Townsman pastry wiz Meghan Thompson. 108 Lincoln St., Boston, MA 02111, http://gracenotecoffee.com

Kristen Repa has seen (and made) a lot of wedding cakes: Before launching her own bakery more than a decade ago, she honed her sweet skills at local institutions like Konditor Meister and the Catered Affair, and even trained at the renowned Konditorei Gerstner, in Austria. Whether you want your cake to match your theme, your personality, or your gorgeous gown, Repa and her team of pastry chefs will turn out an exquisite confection that tastes as good as it looks (dulce de leche or lemon—summer berry, anyone?). 302 Providence Hwy., Westwood, MA 2090, http://www.dessertworks.net

Technically, the Beach Plum Inn’s harborfront restaurant has been in business since the 1980s. But we’d argue that all the changes made here in 2013—from the installation of chef Chris Fischer (who sources ingredients from his nearby Beetlebung Farm) to the revamped, dressed-down-but-still-smart interior (with butcher-paper place mats and crayons for grownup doodles)—have rendered the Beach Plum an entirely new culinary animal, indeed. In sum? It’s a stylish spot that marries the Vineyard’s bounty with a decidedly cool aesthetic. 50 Beach Plum Ln., Menemsha, MA 2552, http://www.beachplumrestaurant.com

Gazillion-thread-count sheets aside, a hotel is really only as good as its bar. And chichi steakhouse KO Prime has admirably elevated the one at downtown's Nine Zero Hotel over the past year. Adjacent to the restaurant's sweeping dining room, the loungelike space caters to an in-town audience as well as trysters and overnight guests with a smart by-the-glass wine list and wowza cocktails such as the green tea-calamansi gimlet (chilled with liquid nitrogen!). For travelers with work to attend to, the combination of wireless Internet and tush-pleasing seating banishes the memory of sterile hotel business centers. 90 Tremont St., Boston, MA 2108,