Let's be clear: Gyms are not health clubs. They are not about watercooler antics and needless amenities; they are about sweating. Period. And with its slew of state-of-the-art equipment (strength-training machines, free weights, treadmills, Stairmasters, bikes, and ellipticals), that's what Fitcorp's Prudential Center flagship is about. There's also a diverse mix of fitness classes and programs, and a full-time fitness training staff. All of that should be motivation enough for anyone. Prudential Center, 800 Boylston St., Boston, MA fitcorp.com/.

Dog Day Afternoons bills itself as the city's first prep school for pooches, which sounds a bit ridiculous—unless, of course, you happen to be someone with a predilection for seriously pampering your pet. In that case, Dog Day's sprawling indoor play space, private dog run, optional limo service, unique amenities (an aquatherapy pool is in the works), arts and crafts lessons (yes, really), and rigorous admissions process sounds like exactly what your dog deserves. 1011 Harrison Ave., Boston, MA .

Dale Chihuly at the MFA 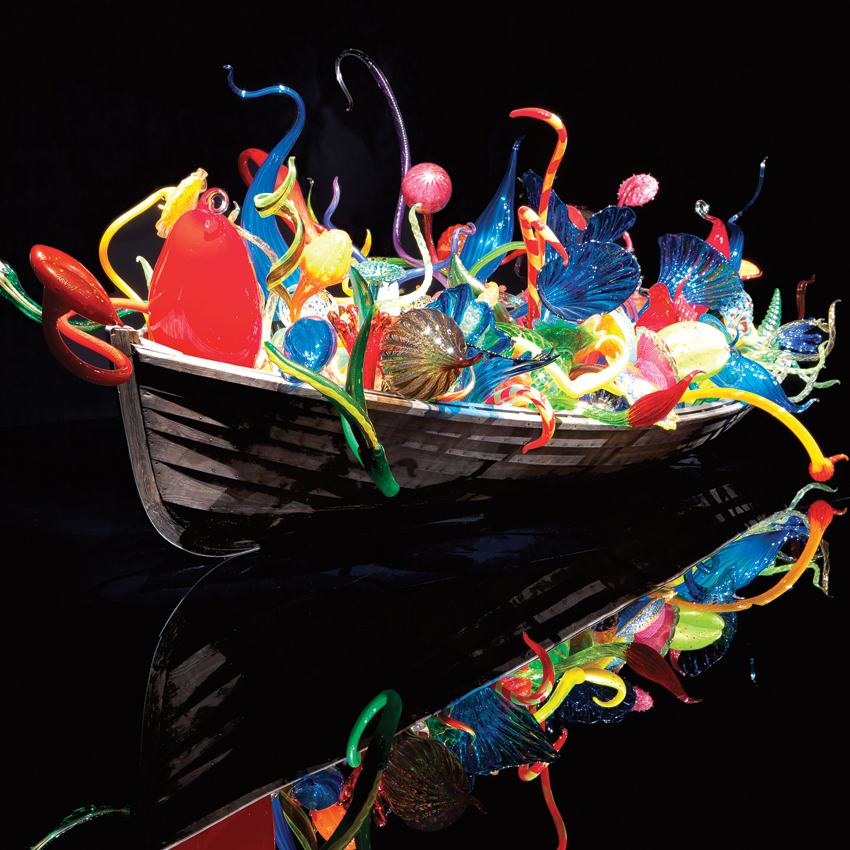 The retrospective of this glass artist was machine-tooled to be a crowd pleaser, complete with a Vegas-worthy extravaganza in the form of the 42-foot ;Lime Green Icicle Tower. But forget the TV profiles and the magazine photos: Immaculately lit to maximum effect, Chihuly's surreal, kaleidoscopic sculptures were even more startling and mesmerizing in person. Best of all, this show taught the flocks of kids that visited that fine art is freakin' cool. 465 Huntington Ave., Boston, MA 2115, mfa.org.

With city club kids being the jet setters they are, it was only a matter of time before the cross-pollination yielded a scene straight out of South Beach. Now Venu—with its pastel interior and art deco design—could impress Miami club mistress Ingrid Casares herself. It's certainly making an impression on local clubgoers, who've been lining up several nights a week to hear hot local DJs like Richie Rich and Alex spin mad tunes. 100 Warrenton St., Boston, MA .

This indie movie theater has been a community favorite for years, with live music, film festivals, and art shows bolstering its new and classic big-screen offerings. While it's homegrown, it's hardly old-fashioned, with a coffee bar on offer from the beloved Atomic Café. Meanwhile, four screens mean a flick for (virtually) everyone—go ahead and put the kids in something animated while you hit the latest action movie. One East India Sq., Salem, MA 1970, cinemasalem.com.

At Joséphine, executive chef Alex Falconer crafts Gallic works of art: seared scallops with crispy pork belly and a tuft of enoki mushrooms; duck confit nestled over a blood-orange gastrique and tuiles of lotus root; and tuna tartare crowned with a plume of foam. Owner Samuel Gosselin’s doting service adds to the opulence. Correction, July 1, 9 a.m.: An earlier version of this post referred to chef Stefano Quaresima. He is no longer the chef at Joséphine, the chef is Alex Falconer. We regret the error. 468 Commonwealth Ave., Boston, MA 02215, josephineboston.com.

Kelly Gardner has an eye for contrast, tone, and depth, with a particular fluency in the art of foiling—super up-close and personal with the root, mind you. Trend-seekers, fret not: Gardner will fearlessly dive into those edgy, ultramodern looks, too. For us, it was a bold white-platinum with an inch of blended root. Her second forte is of-the-moment, sun-kissed balayage. Talk about cutting-edge. 691 Belmont St., Belmont, MA 02478, moxiebelmont.com.

For any Bostonian in search of beauty during a year of social isolation, the PEM’s fresh, eclectic slate of programming was well worth the trip up north. A survey of women who revolutionized fashion stood beside documentarian Peter Hutton’s film of a globetrotting container ship’s journey from construction to junkyard. Meanwhile, painter Jacob Lawrence’s landmark series The American Struggle shared a building with Indian street art, Zarah Hussain’s sound-and-animation exhibit detailing human breath, and Alexis Rockman’s collection of hyperreal paintings of famous shipwrecks. 161 Essex St., Salem, MA 01970, pem.org. 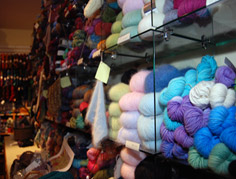 No matter what project they've got in mind, people with the gumption to make something themselves all need to start from the same place: that is, surrounded by the best materials. A Good Yarn stuffs quality supplies into every nook and cranny of its tiny Brookline Village store, enticing knit-wits with yarns in a wide spectrum of colors and weights (from baby to bulky to super bulky and beyond) by brands like Art Yarns and Colinette. The experts behind the counter can explain a tough pattern or point out the right needles or hooks for the job, and the store schedules classes for knitters at every level. 4 Station St., Brookline, MA 2445, agoodyarn.biz.