From the French postimpressionist's Tahitian days, this MFA painting asks Important Questions (Where do we come from? What are we? Where are we going?) in an exotic, colorful, and haunting context.

The scultpures on MIT's campus

Can stand up to any New York City gallery in terms of ability to get artists and specific works. 7 Newbury St., Boston, MA .

The J. Paul Getty Museum's spiriting away of curator John Walsh from the Museum of Fine Arts.

Only Philistines and acrophobes could fail to fall in love with this, the most rapturous among Cape Cod's many small inns. Part oasis, part museum, the property perches high above Gull Hill and peers over what seems like every crevice of Cape Cod. If you somehow get tired of the view, you can turn you attention to the luxuriant gardens and lavish collection of ornate late-19th-century antiques, Tiffany lamps, and statues. If it's free, book the Bay Tower Room which hovers above the sea, dunes, and miles of marsh; you'll feel like you're sleeping not just at the tip of the Cape, but on top of the world. 22 Commercial St., Provincetown, MA landsendinn.com/.

Whether your nails are as long as a soap-opera villainess's, or chewed to the quick, Lilly will shape them to perfection. 103 Newbury St., Boston, MA .

The granddaddy of rail trails, this 20-plus-mile paved pathway stretching from Yarmouth to Wellfleet offers no shortage of things to see and do en route. Zip past cranberry bogs, cool off in Seymour Pond, and reward yourself after an exhilarating ride with an ice cream cone or ice-cold beer (why not both?) right along the trail. mass.gov/locations/cape-cod-rail-trail.

We’d never say no to pizza for breakfast—especially when it’s baked in a roaring wood-fired oven and crowned with an egg at this Hudson crowd-pleaser. But that’s not the only eye-opener you’ll find here: fresh, creative salads; fluffy pancakes; and customizable bloody marys (hello, bacon-salt rim) make this a Sunday treat you’ll want to indulge in every single week. railtrailflatbread.com.

Don't bother stopping at Pier's Park for breathtaking views of Boston Harbor—instead sign up for the two-hour intro to sailing course and hop aboard to get sweeping views of the skyline from the water. 95 Marginal St., Boston, MA 02128, piersparksailing.org.

We had one complaint from a year ago about the Sailing Center. But after checking it out, we found it didn't hold any water. 54 Lewis Wharf, Boston, MA .

Small fleet, but select (all more than twenty feet, including a twenty-seven-foot catamaran). Expensive compared with community boating, but director Dave Franzel is considered one of the top instructors in New England. 54 Lewis Wharf, Boston, MA . 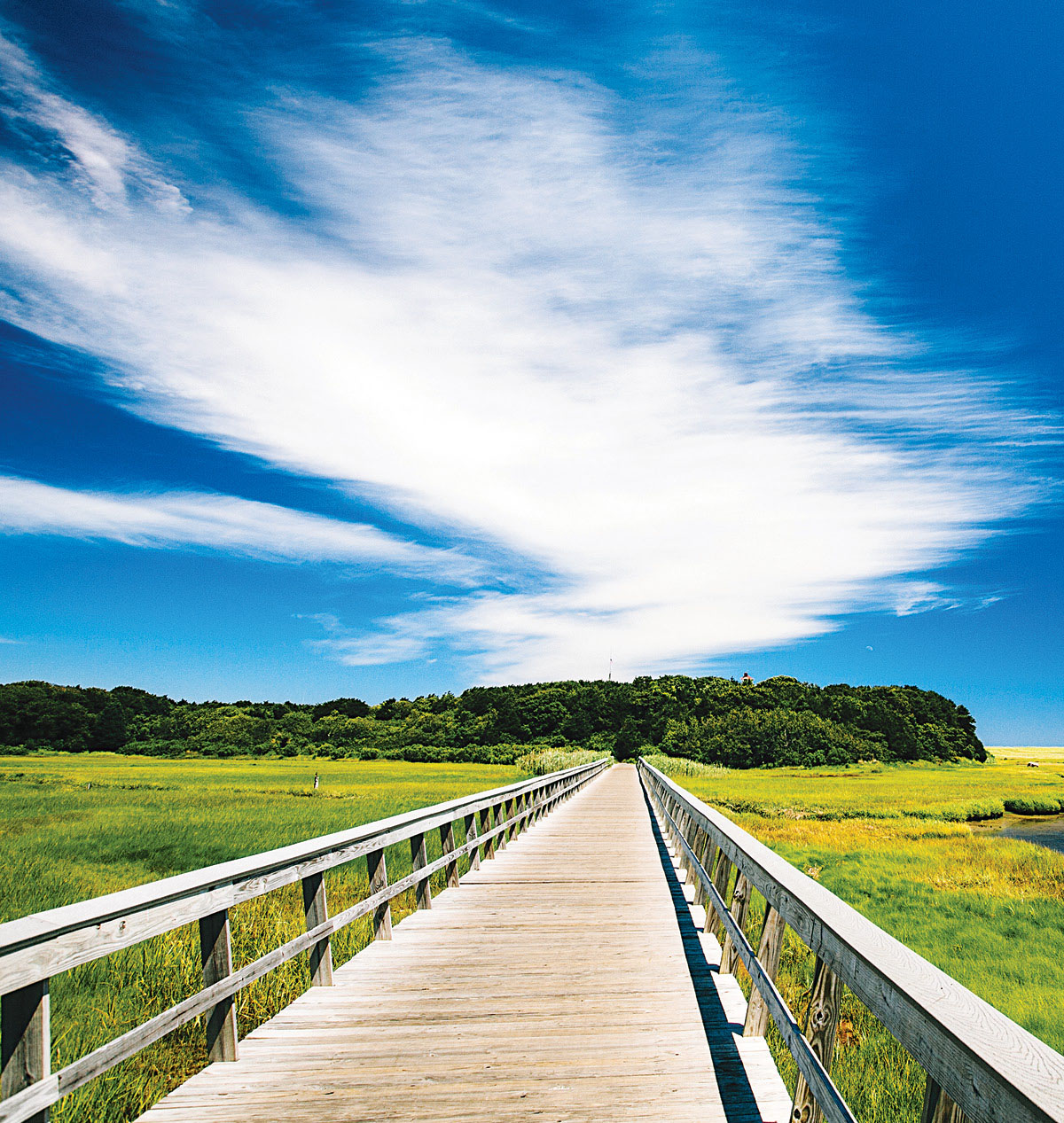 They say the best things in life are free, something that certainly applies to this long, winding trail that spans 27.5 miles from Yarmouth all the way to Wellfleet. With vistas of ponds, cranberry bogs, and wildlife sanctuaries — not to mention an eclectic mix of specialty stores and cafés to recharge when the going gets tough — there’s plenty to see and do along the way. Major expansions and upgrades planned for the next few years, meanwhile, mean you’ll never get bored by the scenery. 3488 Main St., Brewster, MA 02631, mass.gov/locations/cape-cod-rail-trail.

Hot take: A spoon should be able to stand straight up in a proper bowl of New England clam chowder. Layered with tender clams and peppered with chopped dill, the creamy concoction at this old-school North End institution allows for exactly that. Belly up to the harbor-side bar for the fullest experience, and relish a bowl or overflowing mug that passes the taste and thickness tests. 80 Atlantic Ave., Boston, MA thebostonsailloft.com.

Practice makes perfect, and Gail Ann has been baking more than 20 varieties of fresh doughnuts daily for 45 years, since the shop was opened by its French immigrant founder. Still independently owned, it's a rare counterpoint to the conglomerate doughnut chains, and Gail Ann's big, soft, fluffy doughnuts are not greasy or heavy. 10 Medford St., Arlington, MA .