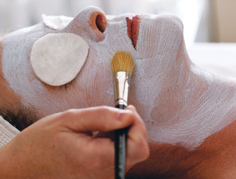 The waves that lap practically at the doorstep of this harborside spa can take decades to turn a shard of glass into a smooth, luminous thing of beauty. Good thing SpaScape's pros work faster. Armed with bespoke scrubs of sea salt and fine oils, seaweed wraps, and Maine mud treatments, they polish clients from head to toe in an hour or two, as the tranquil ocean vibe smooths out any rough-edged psyches. 3 Mill Wharf Plz., Scituate, MA 2066, spascapedayspa.com. 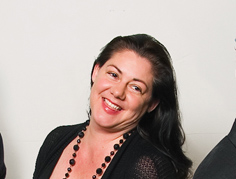 Most sommeliers keep their servers so oenologically clueless, it feels like a job-security scheme. Not so with Silirie, who arms every associate in Barbara Lynch's multi-restaurant gastro-empire with knowledge that extends far beyond by-the-glass pours. Ask about any esoteric bottling on Silirie's famously eclectic lists, and you'll be met with exuberant expertise, not blank stares.

Enough already with the fruity cocktail fads that result in sticky fingers and killer hangovers. The ultimate in cool libations is an inventive concoction so succulent it's destined to achieve classic status. No. 9 Park's palmyra is a deceptively simple and delightfully potent martini made with Rain vodka, fresh lime juice, and mint simple syrup. The unknown origin of its name is part of the drink's mystique (according to the bartenders), though it's rumored to have been inspired by Prohibition-era brews. No. 9 Park, 9 Park St., Boston, MA .

Serving huge portions of flavorful curries and other Thai specialties at affordable prices, Brown Sugar is a perfect match for the tastes and budgets of the undergrads, musicians, and medical students who live in this neighborhood. In addition to less fiery offerings like "Siamese Twins" (shrimp and chicken in a sweet-and-sour sauce), there are such authentic dishes as laarb gai (minced chicken in a spicy lime sauce). Service is prompt but friendly, and the free parking—limited, but a rarity in these parts—means outsiders can enjoy one of the city's best pad thais, too. 129 Jersey St., Boston, MA brownsugarcafe.com/.

For urban dwellings that feel stuck in the dark ages, this standby has scores of ways to usher in enlightenment, from boudoir-ready chandeliers to energy-efficient outdoor sconces, and all the (lamp)shades in between. And here's the best part: You can take prospective purchases for a test run in Wolfers's real life-simulating light labs, guaranteeing the final pick is truly the most flattering for your home—not to mention that beautiful mug of yours. 1339 Main St., Waltham, MA 2451, wolfers.com.

We know, we know—how could we possibly overlook the Globe's compelling multipart series on that single, white Beacon Hill female and her frustrating search for the perfect man? Call us frivolous, but we preferred the three-part Herald narrative on a 14-year-old runaway living in the woods, eloquently written by Lauren Beckham Falcone and poignantly photographed by Garo Lachinian.

What this third-floor space lacks in atmospher—it's more cruise-ship quarterdeck than smoky back-alley haunt—is more than overcome by the quality of its acoustics and the pedigrees of its bookings. The club has been the site of countless memorable jams by the likes of acoustic act the Bad Plus, singer Irma Thomas, the Leo Blanco World Jazz Ensemble, and Snake Trio. 1 Bennett St., Cambridge, MA 2138, regattabarjazz.com. 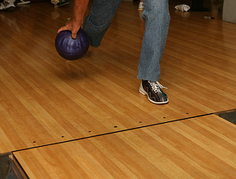 As with so many scenes, Bill Murray puts this one over the top. Or his bowling ball does, anyway: The alley has the actor's translucent rose-in-the-middle Kingpin orb on display, along with a few other items from the Farrelly Brothers classic. Pumping music and a Rat Pack-chic lounge complete the glitzy packaging, but Kings' 16 lanes and $5 draft beers keep it firmly rooted in the throwback thrills that make rolling for strikes such a singularly good time. 10 Scotia St., Boston, MA 2115, kingsbackbay.com.

Forget Schwarzenegger films, mini golf, and laser tag. Once you've felt your own adrenaline spike through you from one mere inch above the ground at Braintree's indoor "Formula 1"-style kart-racing complex, just about everything else seems lame. NASCAR lovers, take note: This is, by any standards, a luxury establishment, with conference rooms, cafés and lounges, billiards, and exhibitions. 290 Wood Rd., Braintree, MA f1boston.com/.

Smith played the White Knight and charged to the rescue of Carter Hawley Hale Stores for the second time in two years, thwarting the Limited's second hostile takeover attempt on the Los Angeles company. All General Cinemas got for its corporate chivalry was a controlling interest in the fastest-growing and most profitable part of Carter Hawley's entire operation: its $1.1 billion-a-year-specialty-store division, which includes Neiman-Marcus, Bergdorf Goodman, and Contempo Casuals. General Cinemas, Chestnut Hill, MA .

Wine Sense is small, but that's a good thing, because you can feel confident that owner Samanta Ettore has vetted every single bottle on display. Don't want any part in the picking? Grab one of the tailored-to-the-season wine six-packs she puts together each month. Ettore also holds public tastings from 6 to 8 p.m. on Thursdays, and arranges private tastings upon request. 166 N. Main St., Andover, MA wine-sense.net.

A single designer is hardly right for every bride, but top-notch service, from first fitting to final alteration, is on every betrothed's wish list. This couture retailer stocks gowns that are dreamy, feminine, and exactly what we want for the big day. With more styles in-house than online and more-than-accomodating consultants, the hardest part will be choosing among satin, tulle, and silk. 73 Newbury St., Boston, MA 2116, verawangboston.com.