MFA curator Clifford Ackley spent six years researching the artist but initially failed to mention in his presentation that Nolde is widely believed to have been a Nazi sympathizer. 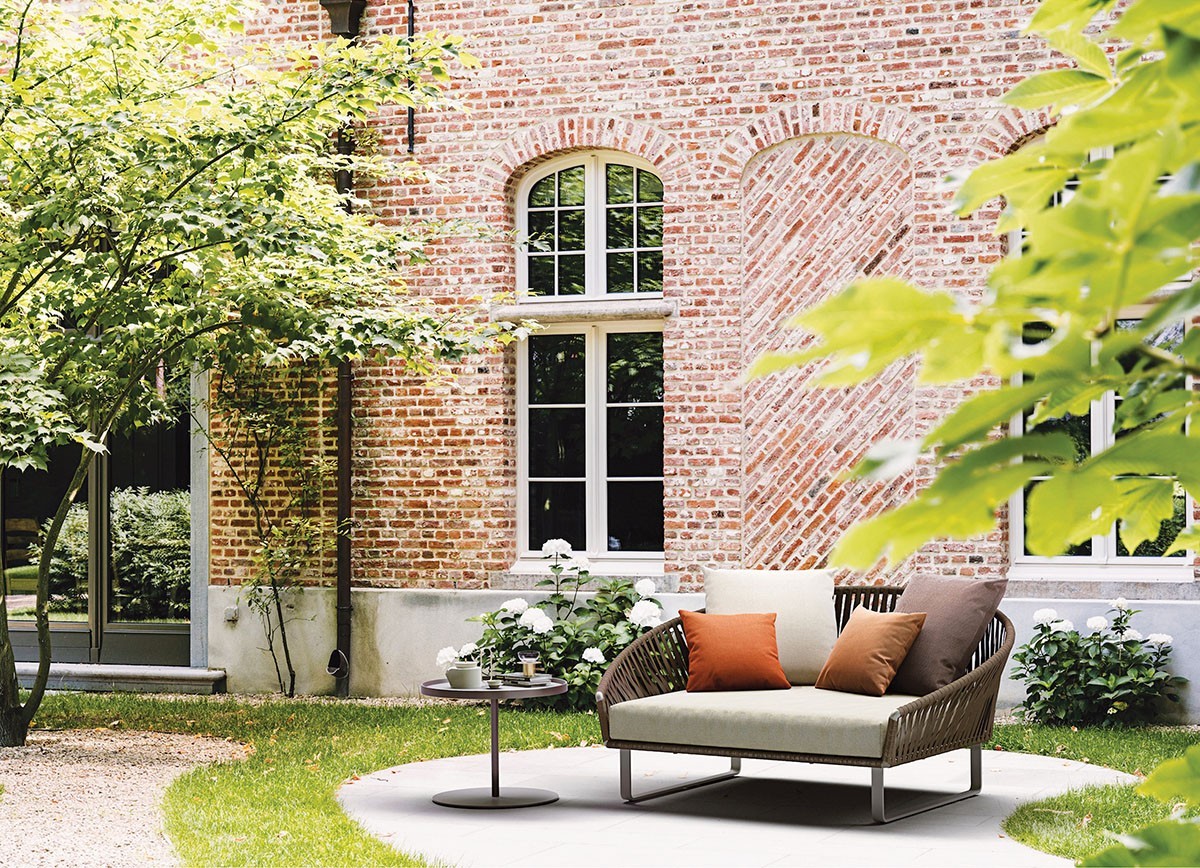 Looking for an easy way to channel the tranquil vibes of that tropical vacation you were supposed to take this year? Pop into Casa Design Outdoor. Part of Casa Design Group’s family of showrooms, the petite SoWa space is outfitted with a lush faux-plant accent wall, artfully styled outdoor-furniture vignettes, botanical-print wallcoverings, and windows that stream in sunlight. Take a slice of paradise home with patio pieces that range from city sleek (Royal Botania dining tables) to coastal chic (braided Kettal daybeds, pictured), all so luxurious you’ll forget you’re not actually at a posh resort. 460 Harrison Ave., Boston, MA 02118, casadesigngroup.com. 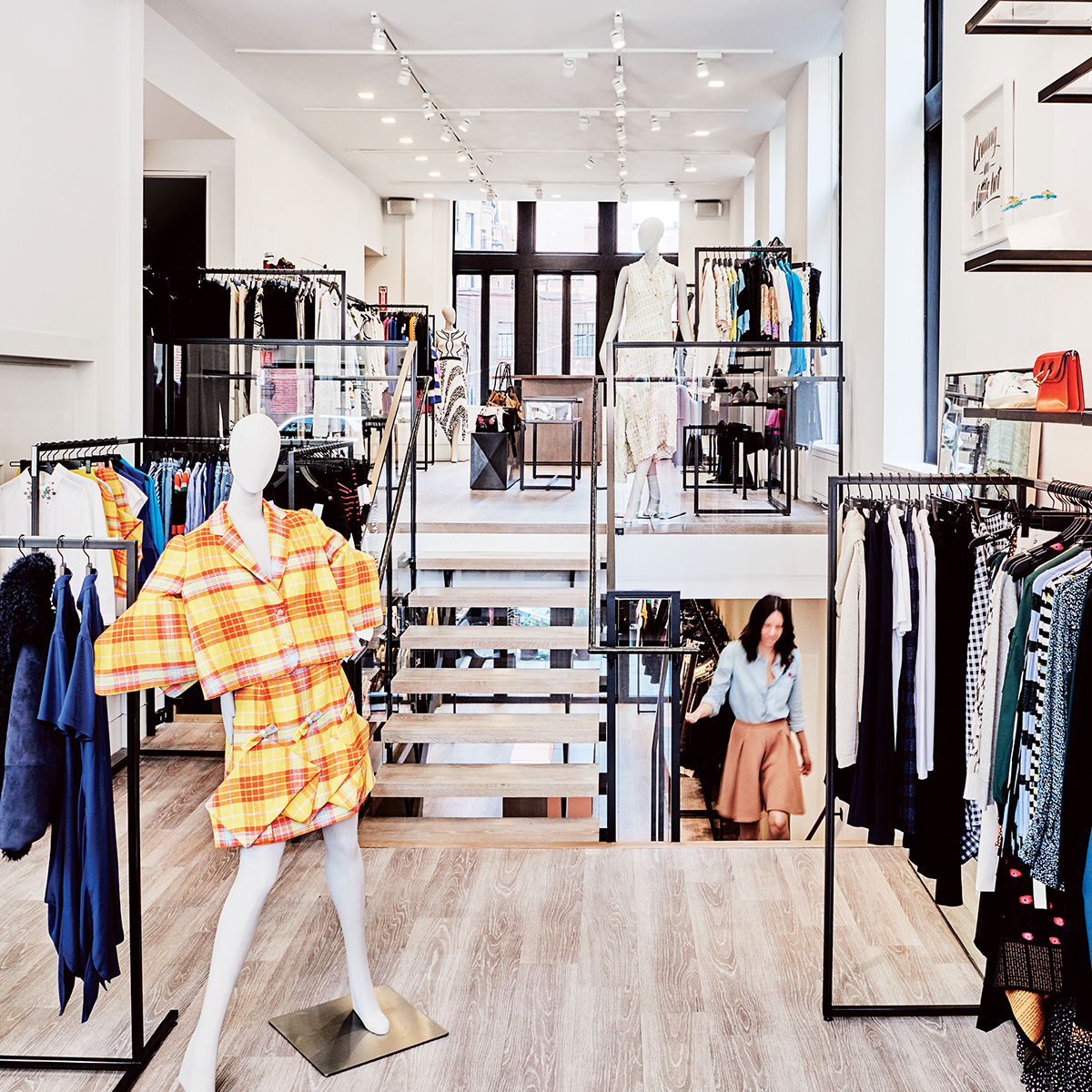 Two years after Louis closed, All Too Human proprietor Jessica Knez's outside-the-box selection is breathing new life into the city's fashion scene. Her storefront just off Newbury Street is indicative of her aesthetic, which is slightly left of the mainstream. Lesser-known designers such as Alyx and Strom mingle with fashion heavyweights like Proenza Schouler and Dries Van Noten, while the walls between the racks frequently act as a makeshift gallery: Recently Knez has displayed works from artists Daniel Arsham and Baron Von Fancy, proving that good style is indeed an art form. 236 Clarendon St., Boston, MA 02116, alltoohumanboston.com. 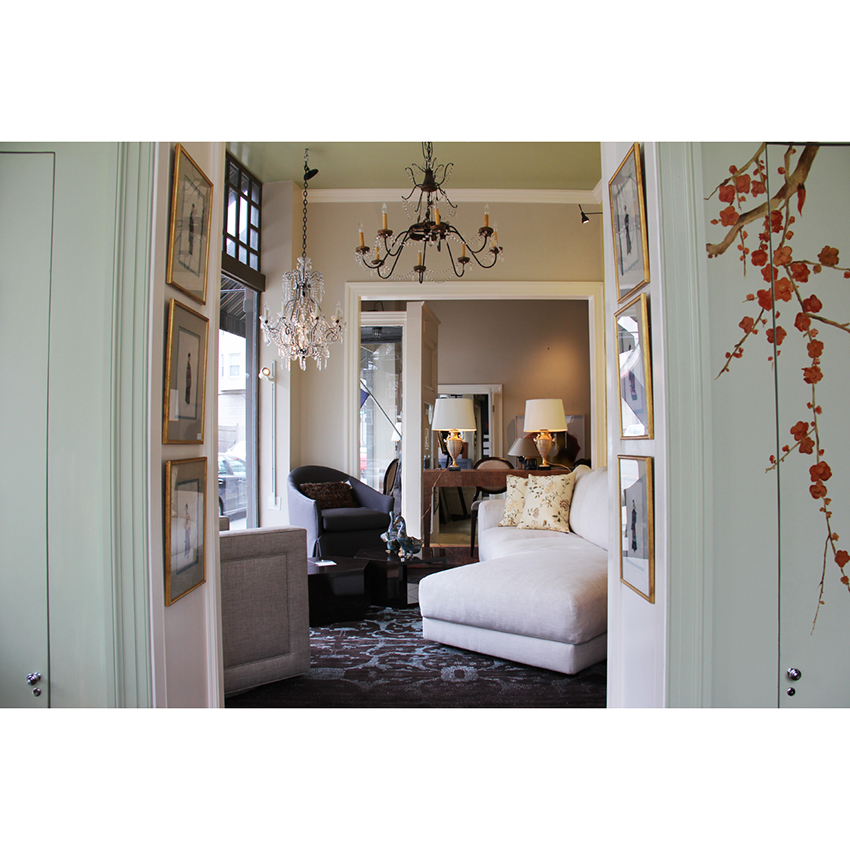 Among Cantabrigians' best-kept secrets is America Dural, hidden on a quiet street in Observatory Hill. An unfussy storefront conceals treasures from every period: midcentury Bertoia chrome chairs, ornate Georgian mahogany chests, a refreshing selection of contemporary art. Only a pro could set up such an enticing array of home furnishings—and, in fact, the showroom is part of Phillip Miller's interior design business. You could buy a single piece, but then again, why not just engage Miller to bring his cultivated eye to your entire home? 143 Huron Ave., Cambridge, MA americadural.com.

Someone once said you can tell a man's personality from his tie. Ari Boston has a selection to reflect even the most complex psyches, in fine woven silks from Italy. 6 Liberty Square, Boston, MA .

We know there are locations throughout the region, but this one rules: peat moss, planters, pails, privet hedges, potting soil, pruning shears, peas (seeds), peonies, and porch furniture. For every gardening item you could possibly need, look no farther. 242 Cambridge St., Winchester, MA .

You'll find hundreds of reds and whites at this small shop on Route 114, not to mention a great selection of rosé and dessert wines, all at a variety of price points. Then there are the seasonal grand tasting events, which draw huge crowds (seriously—the store hands out priority tickets to e-mail subscribers). 554 Turnpike St., North Andover, MA 1845, thevineyard.com. 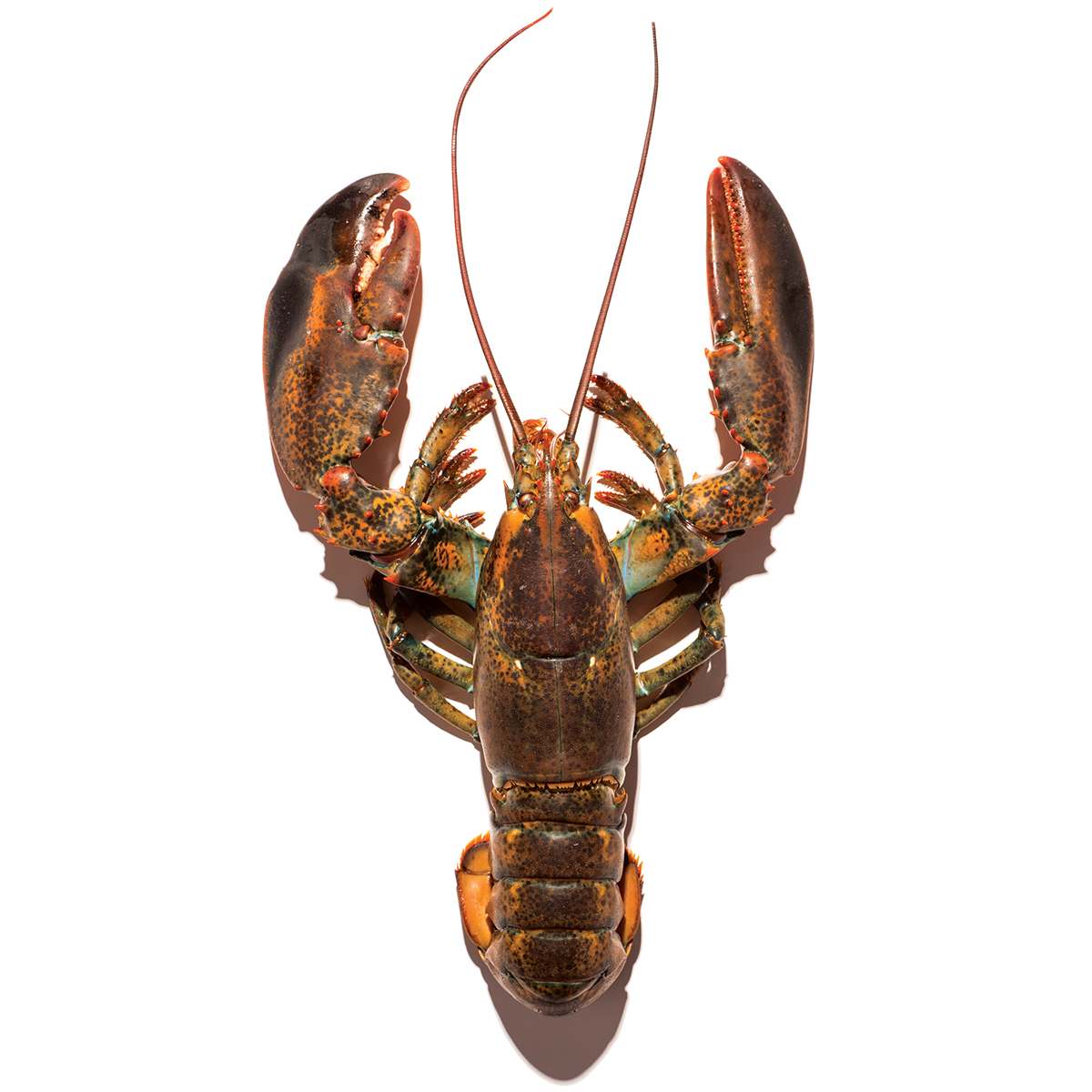 It takes a special kind of hot lobster roll to best its chilled brethren, but Neptune's much-beloved version manages to pull it off. Seven ounces of lobster are tossed in melted butter and heaped on a grilled brioche bun that struggles under the weight of so much sweet claw and tail meat. 3 Salem St., Boston, MA 02113, neptuneoyster.com.

When Boston Garden president Larry Moulter said, "Everybody get out of the building right now," they did. Sure, it was only for the fourth game of the Stanley Cup finals, when the power failed. But at least someone finally took action.

NYNEX has failed so far to unplug the Boston Phoenix's escort-service ads, even though (hypocrisy alert) the NYNEX yellow pages contain 15 pages of escort-service ads. Score another one for the First Amendment. 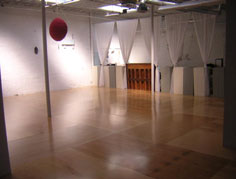 Though it's shared with karate classes, this no-frills studio is a sanctuary of calm. Teachers hailing from the neighborhood instruct special sessions for kids and teens, as well as a respectable selection of adult classes. This fall, the ever expanding studio will offer a prenatal class for mothers-to-be, and a 'Mommy and Me' course taught by new mother Sheri Garf. 17 Station St., Brookline Village, MA 2445, yogainthevillage.com.

Built on an abandoned rail line, this flat, winding path running between Cambridge and Bedford is wide enough, long enough, and popular enough that it seems less like a track and more like an 11-mile highway plucked from a post-oil utopian future. MA minutemanbikeway.org. 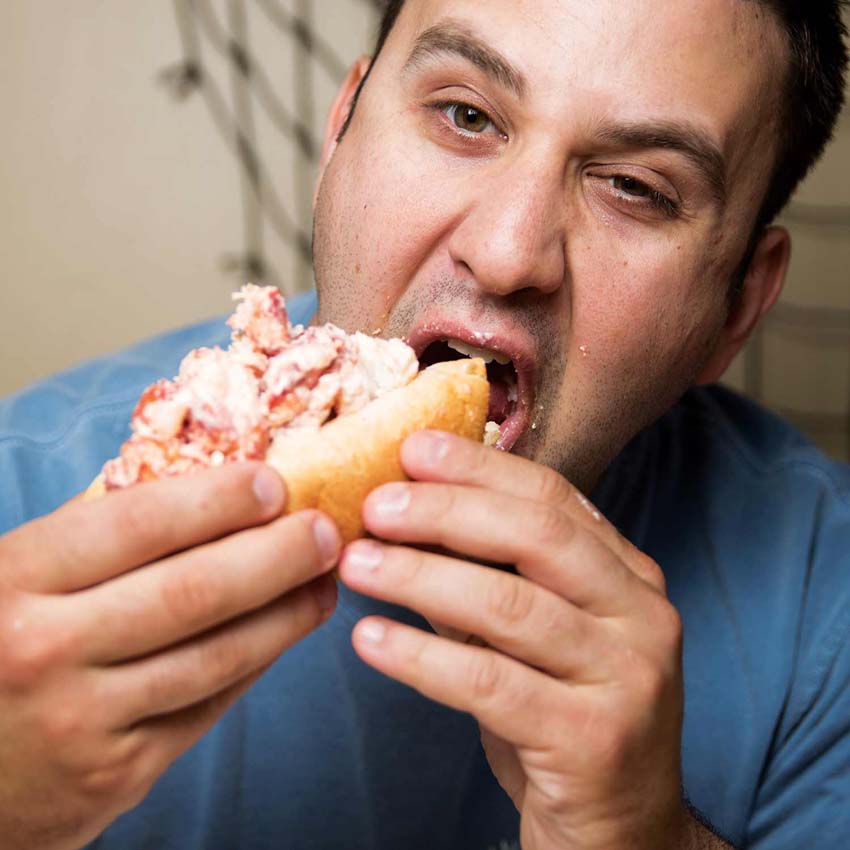 There's only one decision you need to make at this waterfront institution: regular roll ($16) or large ($19)? After that, pull up a chair and tuck into the sturdy bun overflowing with fresh lobster, heavy on the tail meat and tossed with just enough mayo. 15-17 Northern Ave., Boston, MA 02210, jameshooklobster.com.

Since taking over in 2008, photographer Dana Salvo and artist Dawn Southworth have continued this gallery's effort to present contemporary works through intriguingly themed shows such as "Head On," an eclectic collection of portraits. Tapping an extensive network of living artists, they've introduced a host of new names to the collections of local art hounds. 145 Lincoln Rd., Lincoln, MA 1773, clarkgallery.com.