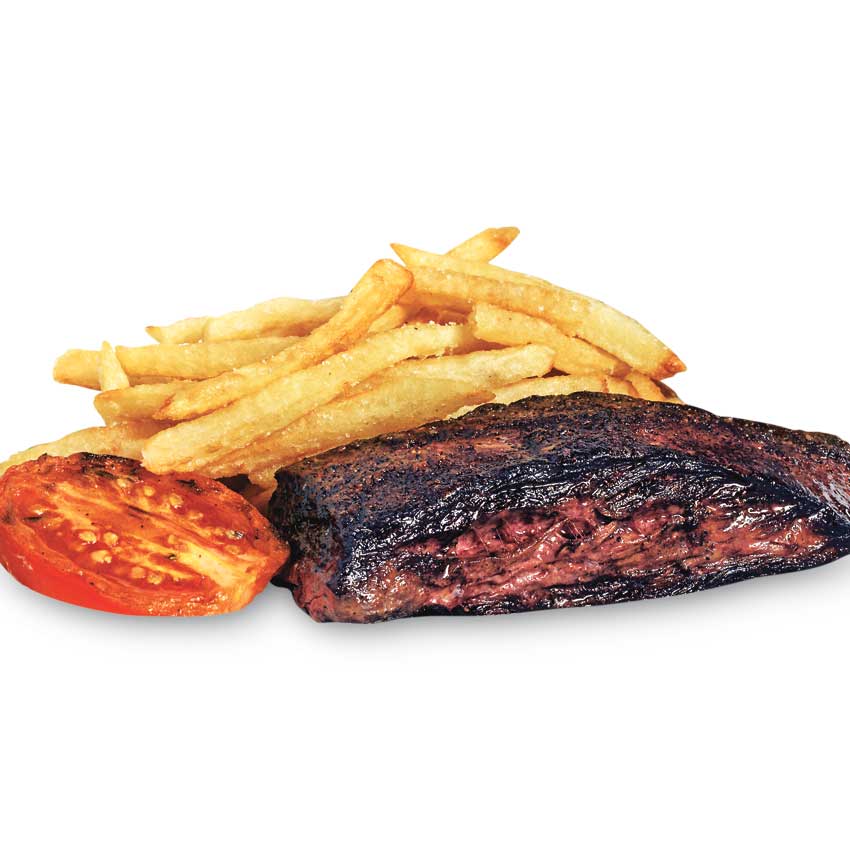 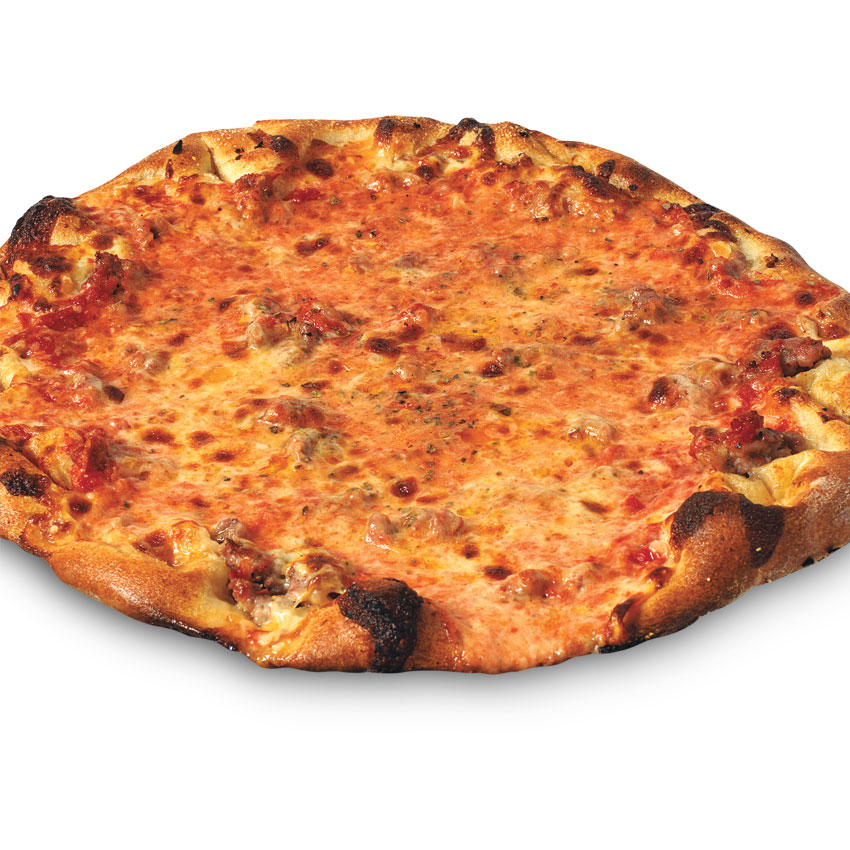 Make a decision!' the waitress barks as you pause at the door to let an elderly woman exit the restaurant. 'In or out?' she screeches. This is an easy one: in. What to order is not, as you'll be lucky to get a menu at Santarpio's. Go for a basic $9.50 cheese pie or a traditional combo like 'roni and shroom.' Either way, the bubbling masterpiece will banish any cares about pleasantries. 111 Chelsea St., East Boston, MA 2128, . 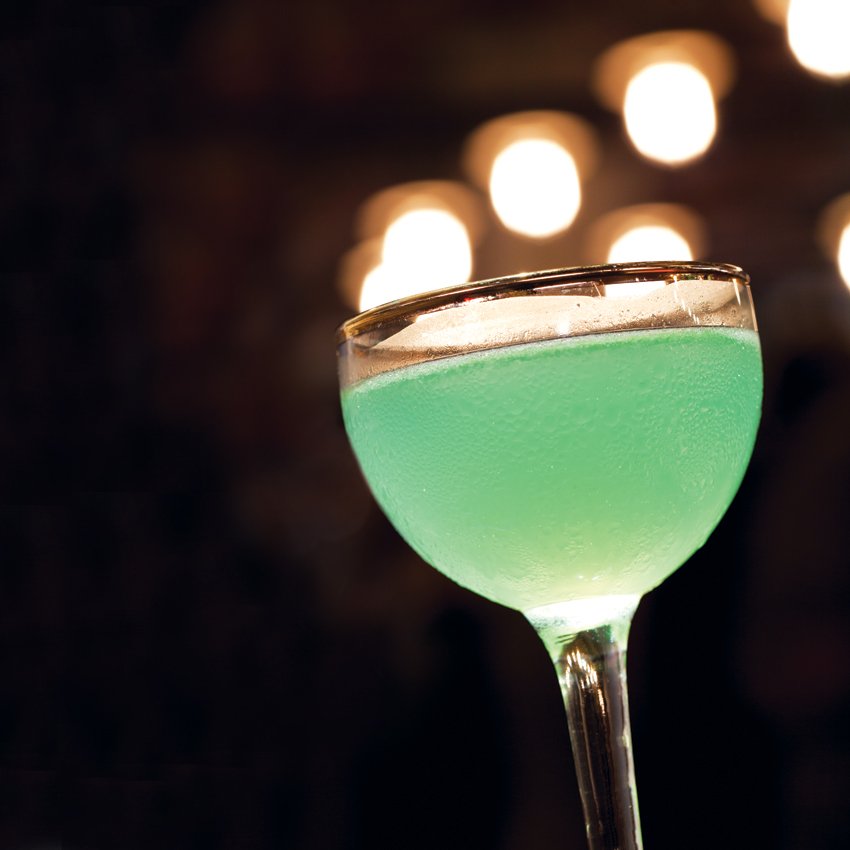 If Towne isn't a pickup bar, then everybody must have something stuck in their teeth. Why else would so many people be looking at so many others? Put simply, for a classy place, there's lots of eye-#*&$ing going on here. And with three bars spread across two levels, there's plenty of possibility. If one room's not working for you, there's always another. And if that doesn't pan out, well, the cocktail list is great, too. 900 Boylston St., Boston, MA 2115, towneboston.com.

Tucked away in a quiet neighborhood just out of earshot of busy Comm. Ave., this Paris-by-way-of-Brookline bread haven satisfies locals with oven-fresh goods like pain au chocolat, garlic-black sesame breadsticks, hearty multigrain loaves, and fluffy brioche. Get there by 10:30 a.m. on weekends to claim one of the deliciously warm and soft pretzels before they sell out. 178 Thorndike St., Brookline, MA 2446, clearflourbread.com.

Smoked meat, we've long held, is the great equalizer—the one cuisine practically everyone (vegetarians aside) can agree on. For proof, head to chef Tiffani Faison's tribute to Texas. You'll find families with toddlers, hipsters chugging Bud Light Lime, and camera-wielding tourists still buzzing about the Fenway tour—all with a huge grin accented by a smidgen of tangy sauce. The pulled pork is divine, and be sure to order a bucket of fluffy biscuits and a scoop of broccoli casserole. 1381 Boylston St., Boston, MA 2215, sweetcheeksq.com. 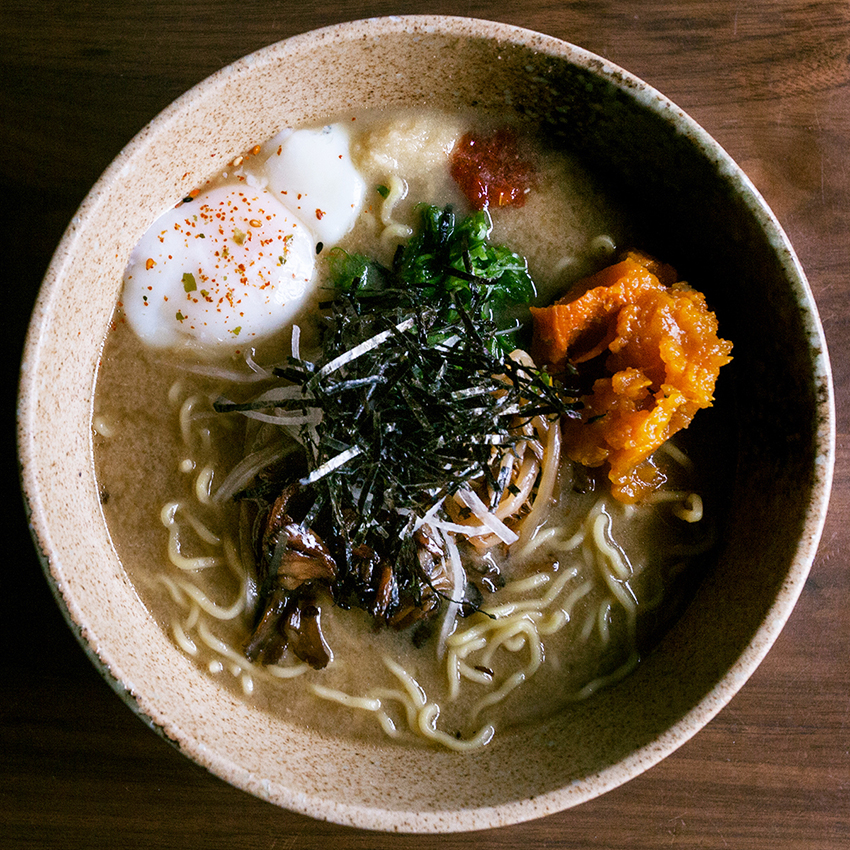 The Japanese noodle soup has become the star of menus all over town in recent years, but no restaurant has captured the magic quite like Ken Oringer's Back Bay sashimi spot, which serves up steaming bowls of noodles every Friday and Saturday after 11 p.m. The umami-rich broth is so good, in fact, that we sometimes find ourselves drinking it straight from the bowl (when no one is looking, of course). 370 Commonwealth Ave., Boston, MA unisashimibar.com.

Being single has its perks; getting hit on in a sweaty bar on a Friday night is not necessarily one of them. But before you resign yourself to that, seek out the friendly bunch that gathers at Silvertone. The dimly lit, mellow bar is a haven for anti-pickup artists: The subdued vibe encourages relaxed chatter, the greasy burgers erase any air of pretentiousness, and the indie rock tunes fend off rowdy frat boys and drunken pub crawlers. 69 Bromfield St., Boston, MA silvertonedowntown.com/.

College dudes and little old ladies alike line up for Joanne Chang's masterpieces, but one creation stands crust and center above the rest: her sandwiches. Bite into a brie, arugula, and smoked chicken number on crusty focaccia, slathered with roasted vegetables and grilled to perfection, and you'll see why. Or go for the country ham and Gruyère, laced with tarragon mustard. The atmosphere is hip but sweet, the prices are reasonable, and the daily sandwich specials are written on a quaint blackboard with a quote of the day and the weather. What could be more delicious? 1595 Washington St., Boston, MA flourbakery.com/.

A low-key ambiance and an ever changing wellspring of impressively fresh Italian-influenced far—house-made gnocchi, chocolate-hazelnut-espresso semifreddo—accented with locally grown produce earn Sfoglia raves as an artful dining destination. It's also a blissfully ringtone-free one: There are no cell phones allowed here, which is just as well, as you might be tempted to call everyone you know to rave about the food, the décor, the wine list. And, oh yeah, your date. 1402 Lexington Ave., Nantucket, MA 2554, . 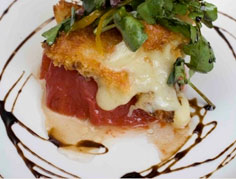 Hidden away on the eastern end of the island, the Sconset Café isn't fancy and serves no alcohol (has a BYOB setup), but it's got one of the best little menus around. Entrées change often, and depending on the season might include salmon in saffron-tomato fish broth with ;ciabatta or grilled chicken with garlic and scallion mashed potatoes. If you're fortunate, the knockout lemon tart with homemade lime cream will be available. You'd be wise to order it, even if you think you're stuffed. Post Office Sq., Siasconset, MA 2564, sconsetcafe.com. 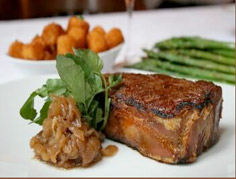 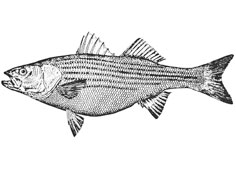 The Straight Wharf, which celebrates its 30th birthday this summer, made its name with simple New England cuisine. But with Amanda Lydon (UpStairs on the Square) and Gabriel Frasca (Spire) taking over at the helm, it has become one of the island's serious culinary contenders. The harborfront dining room features a new bamboo floor, and the menu's pairing of traditional seafood with new whimsical dishes—like the summer melon gazpacho with a kick of habanero—shows off the duo's innovative style. Straight Wharf, Nantucket, MA 2554, . 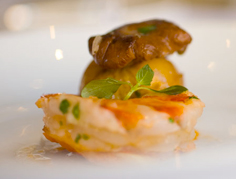 Every sommelier in town will tell you that wine isn't about snobbery, it's about fun. Only Erik Johnson, a self-proclaimed 'cork dork,' makes us believe it. Johnson tastes 1,000 wines each year to build the lists at lavish L'Espalier and its more casual sister Sel de la Terre, and he has a flair for explaining, in decidedly un-dorky language, the virtues of every one of the beloved bottles that makes the cut. 255 State St., Boston, MA 2109, seldelaterre.com; lespalier.com.

Chef Ana Sortun's North African/Mediterranean fare has revitalized this Harvard Square standby, but her version of one of the great American classics—the hamburger—is particularly winning. It's not on the menu, so you have to ask for it (which, we think, elevates it to a wonderfully pedestrian kind of chic), but Sortun's version has a charred, crusty exterior encasing a thick juicy patty of the tastiest beef around. Accompanied by first-rate fries. 40 Brattle St., Harvard Square, Cambridge, MA .

Okay, so one of Carmen's chefs, Merwin Casey, hails from Ireland. But he cooks Italian better than many of his North End neighbors. Casey tweaks standard dishes just enough to make them exciting again. Witness his porcini-stuffed crespelle topped with a proper Bolognese and the perfect seared halibut splashed with salsa verde. That means delicious green sauce in English—and Irish. 33 North Square, Boston, MA carmenboston.com/.